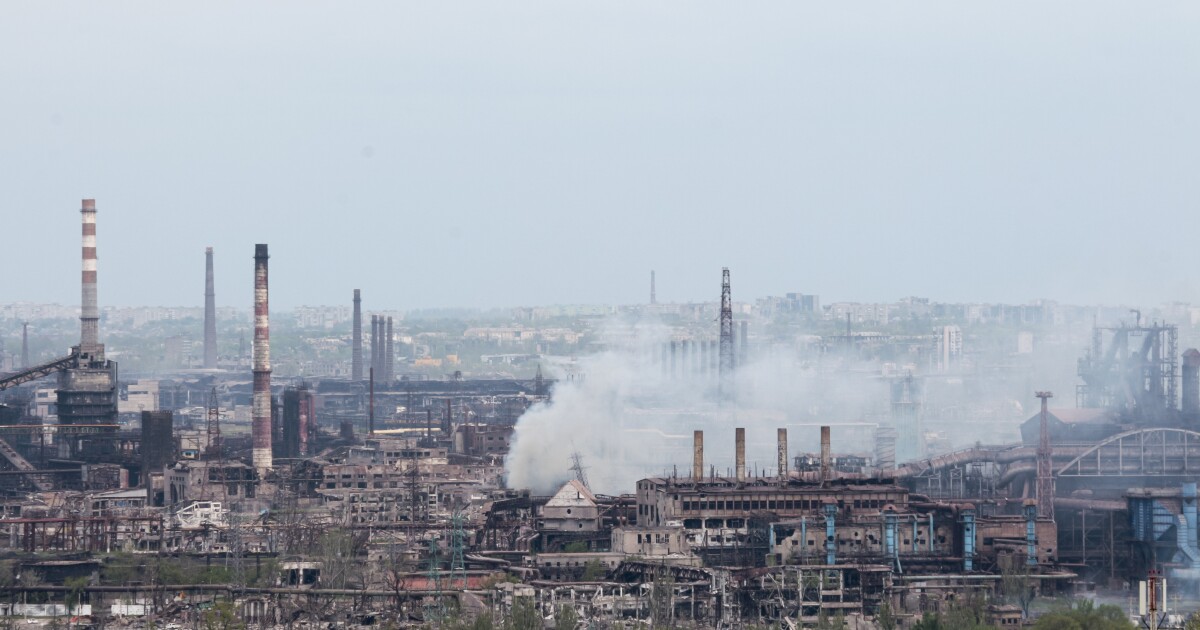 A furious bid was underway Friday to rescue hundreds of civilians still trapped in the besieged Azovstal steel plant, where Ukrainian soldiers sheltering in a maze of underground tunnels have prevented Russian forces from fully capturing the strategic port city of Mariupol.

“The next stage of rescuing our people from Azovstal is underway at the moment,” Andriy Yermak, head of Ukrainian President Volodymyr Zelensky’s office, said early Friday.

The rescue attempt — the third of its kind in the last week by the United Nations and the International Committee of the Red Cross — comes amid renewed ground assaults on the sprawling steelworks by Russian troops, despite earlier pledges that they would only seal it off.

At the same time, fighting continued in eastern Ukraine, where the Kremlin’s forces have redoubled their efforts to capture the Donbas region, which is home to many ethnic Russians. Ukraine has battled against pro-Russia separatists in the area for several years, and there are suggestions that Ukrainian soldiers could try to mount a counteroffensive to push back Russian troops from around the key city of Kharkiv, Ukraine’s second-largest.

The attacks on the Mariupol steelworks are believed to be intensifying in order to subdue the last remnant of armed resistance in the southern city before Monday’s Victory Day celebrations in Russia marking the Soviet Union’s defeat of Nazi Germany in World War II. The annual patriotic event is highlighted by a military parade in Moscow’s Red Square and other cities, and the fall of Mariupol would give Russian President Vladimir Putin a symbolic victory at a time when most Western allies are uniting behind Ukraine.

In the latest show of such support, First Lady Jill Biden left the US for a trip to Romania and Slovakia to visit US troops and meet with Ukrainian refugees, whose ranks have swelled to more than 5.7 million since Russia invaded their homeland Feb. 24.

“It’s so important to the president and to me that the Ukrainian people know that we stand with them,” Biden told reporters before departing.

But a crack appeared in the relatively unified Western response to the war when Hungarian Prime Minister Viktor Orban said Friday that his country could not support a European Union proposal to ban Russian oil imports. Hungary, an EU member since 2004, relies on Russia for two-thirds of its oil supplies.

Orban said however there would be a significant amount to drop an “atomic bomb” on Hungary’s economy. Slovakia, which is also heavily dependent on Russian oil, has also expressed reservations.

With Ukraine pleading for more military aid, Germany confirmed that it would send seven of its most advanced self-propelled howitzers — massive artillery guns mounted on tracked armored vehicles. The assistance comes after Germany lifted its policy of not sending heavy weapons to conflict zones last week after growing calls to do more to help Ukraine’s defense.

Ukraine desperately needs the West to maintain pressure on Moscow now that fighting is concentrated in the east, where Russian forces and Russia-backed separatists aim to widen their hold after their failure to capture the capital, Kyiv.

On Thursday, a US official told reporters that Washington has been sharing intelligence with Ukraine, including information that ultimately led to the sinking of the Moskva, a Russian missile cruiser struck and sunk in the Black Sea last month.

Russia’s defense ministry said Friday that its forces destroyed a Ukrainian ammunition depot in the city of Kramatorsk and that its air defenses downed two Ukrainian warplanes in the Luhansk region, in the Donbas. The claims could not be independently verified.

Air-raid sirens also sounded in Kyiv overnight and early Friday afternoon. The capital region, which had been braced for an assault by a column of Russian tanks in the opening weeks of the war, has been largely spared attack recently.

Mariupol has been the focus of close attention because its capture would allow Russia to link its forces in the northeast and southeast and would help establish a land corridor along the southern seacoast to the Crimean peninsula, which Moscow illegally annexed in 2014. Russian control of Mariupol’s port would also choke off Ukraine’s access to the Sea of ​​Azov, an important shipping hub.

Relentless shelling has created a humanitarian disaster in the city, but nearly 500 civilians were rescued in two evacuations in the last week, according to UN Secretary-General Antonio Guterres.

Up to 2,000 Ukrainian soldiers are believed to still be lurking beneath the Azovstal complex, which has been pummeled by Russian munitions.

Despite dwindling food and ammunition, the defenders remain determined to continue fighting.

“They won’t surrender,” Kateryna Prokopenko, the wife of a Ukrainian commander at the site, told the Associated Press. “They only hope for a miracle.”

Russia has denied entering the steelworks and says the refusal by Ukrainian soldiers to surrender is endangering the lives of the remaining civilians.

Ukrainian officials say Russian troops gained access to the plant with the help of an electrician who knew the layout of the factory complex.

“He showed them the underground tunnels which are leading to the factory,” Anton Gerashchenko, an advisor to Ukraine’s Internal Affairs Ministry, said in a video posted Wednesday, according to the AP. “Yesterday, the Russians started storming these tunnels, using the information they received from the betrayer.”

King reported from Kyiv and Pierson from Singapore.