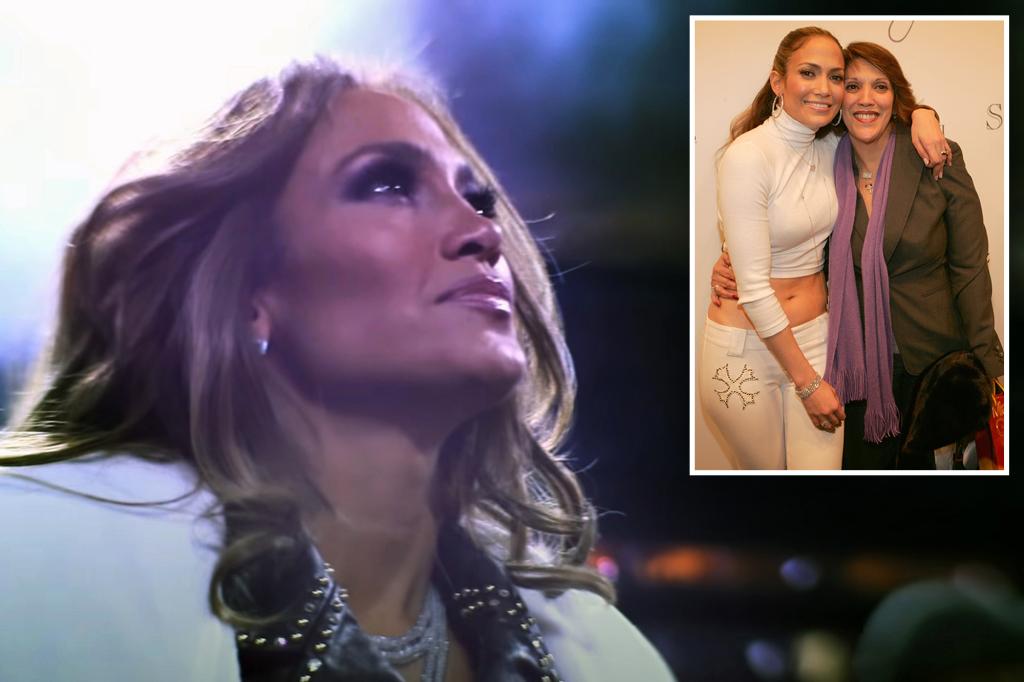 Jennifer Lopez is speaking out about her complicated relationship with her mother, Guadalupe “Lupe” Rodriguez, claiming the matriarch “beat” her when she was a child.

The pop superstar, 52, makes the sensational claim in her new Netflix documentary, “Halftime,” saying in a scene: “She [Rodriguez] did what she had to do to survive, and it made her strong, but it also made her tough. She beat the s-t out of you.”

Rodriquez, 76, also appears in the film, admitting she was hard on Lopez and her two sisters, Leslie and Lynda. The matriarch — who immigrated from Puerto Rico — raised her three daughters in the Bronx alongside her husband de ella David, whom she divorced once the girls were grown up.

“I always had the highest expectations of them. It wasn’t to be critical. It was only to show you that you could do better,” Rodriguez is seen saying in the movie. “Jennifer, she gave me the hardest time, to tell you the truth. We butted heads a lot.”

J.Lo left home at the age of 18 after repeatedly clashing with her mom over her future.

The “Love Don’t Cost a Thing” crooner confessed that she wasn’t focused on her school work, saying she was distracted by dancing — something that caused tension between the mother and daughter.

“My mom was like, ‘If you’re gonna live in this house, you’re gonna get your education,’” Lopez recalled. “We got into a bad fight one night and I just left.”

Rodriguez stated that she always wanted her three daughters to have an education so that they would not be reliant on men.

“I was far from the perfect mother,” she is seen admitting in the documentary. “The one thing I can always say, everything I did, I did with their best interest at heart.”

Lopez describes her mom as a “complicated” person in the new doc, but the pair now enjoy a much smoother relationship with one another.

The emotional scenes between the pair are among the many candid moments captured in “Halftime,” which was largely recorded in the lead-up to J.Lo’s Super Bowl performance with Shakira in 2020.

At one point in the documentary, the pissed-off pop diva is seen fuming that she and Shakira are forced to share the stage for the hyped halftime show.

“This was the worst idea in the world,” Lopez stated at one point during a feud with the NFL for more time to do her justice.

Elsewhere, the starlet is seen breaking down following news she had failed to be nominated for an Oscar for her role in “Hustlers” — despite being widely regarded as a shoo-in for the honor.