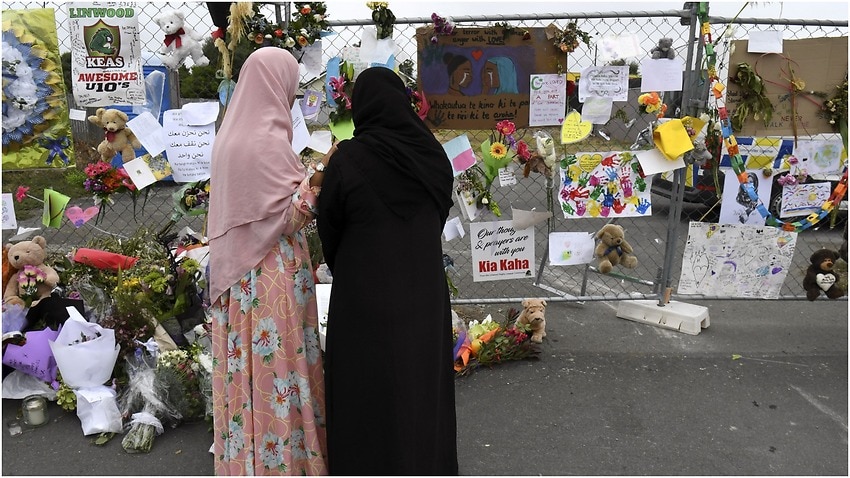 Rita Jabri-Markwell, a lawyer from the Australian Muslim Advocacy Network (AMAN), said the current bill prohibits people of faith from vilifying others but offers no shield in return.

“I think many people would assume that the bill already has a shield in it for people of faith to not be on the receiving end of hatred, but that’s not the case,” she told SBS News.

“Remarkably, at the moment, the bill has no shield from vilification [for people of faith]. We simply want that standard to be reciprocated, so we are also not vilified.”

Ms Jabri-Markwell said more than 160 Muslim groups have requested this amendment over the past two years.

She said she believes Australia has still not reckoned with the Christchurch massacre and how the atrocity against worshipers took root in Australia.

“It would make perfect common sense following the Christchurch attack to make it very clear that inciting hatred against people on the ground of religious belief or activity is unacceptable and beyond reproach, and it is not okay in Australia,” she said.

With the exception of New South Wales, all states and territories have laws protecting people against religious discrimination, according to Ms Jabri-Markwell.

However, only Queensland, the Australian Capital Territory, Victoria and Tasmania have anti-vilification protections enshrined into law, she said.

As a result, Mr Anning was ordered to remove Facebook and Twitter posts last year that the Queensland Civil and Administrative Tribunal found vilified Muslims.

He was also ordered to remove a press release that blamed Muslim immigration for the Christchurch massacre that had been issued just hours after the Australian gunman had killed 51 people at two mosques.

“Unfortunately, if that was a politician in another state… we wouldn’t have any recourse,” Ms Jabri-Markwell said.

“Facebook and Twitter, they are going to look to Australia’s standard on vilification and they could say, well it’s a bit confusing… That uncertainty needs to be fixed. It needs to be really clear.”

Bilal Rauf, spokesperson for the Australian National Imams Council, said there’s a “massive gap” in Australian law when it comes to protecting the health and safety of people of faith.

He said the religious discrimination bill could provide very significant protections for Muslims which currently do not exist federally.

“For a Muslim female who is discriminated against or vilified because of her Pakistani ethnicity… she might have some recourse because it relates back to the ethnic identity or nationality, but if that happens to be based on her religious identity, there’s nothing she can do ,” he said.

“And I think that’s an extraordinary position given that we pride ourselves on being a multifaceted society, which is characterized by diversity and people from different backgrounds, different beliefs and different ideologies.”

Mr Rauf said women who wear the veil are often targeted as they readily identifiable as followers of Islam.

“We’ve had many women report they are fearful about stepping out while wearing the veil because it attracts attention and they have tended to be the subject of remarks that do create a sense of fear and harassment,” he told SBS News.

“And so that’s what this is about. It’s about giving them protection. It’s about sending a message.”

How have Labor and the government responded?

He said amendments should be made to “prohibit religious vilification, as well as discrimination against children on the grounds of sexuality and gender identity and make it clear that in-home aged service providers cannot discriminate on the basis of religion in the provision of aged care services.”

Finally, Mr Dreyfus said Labor would push for amendments that make it clear that the “statement of belief” provision does not remove or diminish any existing protections against discrimination.

He said Labor would move its amendments in the House of Representatives and the Senate.

“If any of our amendments are successful in either the House or the Senate we will insist on them,” he said.

Mr Dreyfus also said the proposed anti-vilification provision would make it unlawful for a person to engage in conduct that a reasonable person “would consider would threaten, intimidate, harass or vilify the other person or group.”

Opposition leader Anthony Albanese said the Christchurch amendment is an “uncontroversial one.”

“The bill, as it stands, will not protect a Muslim woman in my electorate being abused in the street for being Muslim, or a Hindu man who is vilified for his religious beliefs,” he said in Parliament on Wednesday.

“That is why this bill, without that, doesn’t even measure up to the premise of its own title,” he said.

“That’s why this anti-vilification amendment is essential.”

Mr Albanese said the debate should not ignore the Christchurch massacre or “troubling rise of Islamophobic, anti-Hindu, anti-Semitic and other race based incidents of threats and violence on our shores.”

He said the proposal had been backed by many Australians, including ethnic and religious communities such as Hindus, Sikhs, Christians, Jews, and Muslims.

“There is nothing in this bill that seeks to prejudice others, it is a bill that is designed to protect religious expression in this country to ensure that people who have such beliefs are not discriminated against.”

SBS News has contacted the Prime Minister’s office for comment regarding the proposed Christchurch amendment.