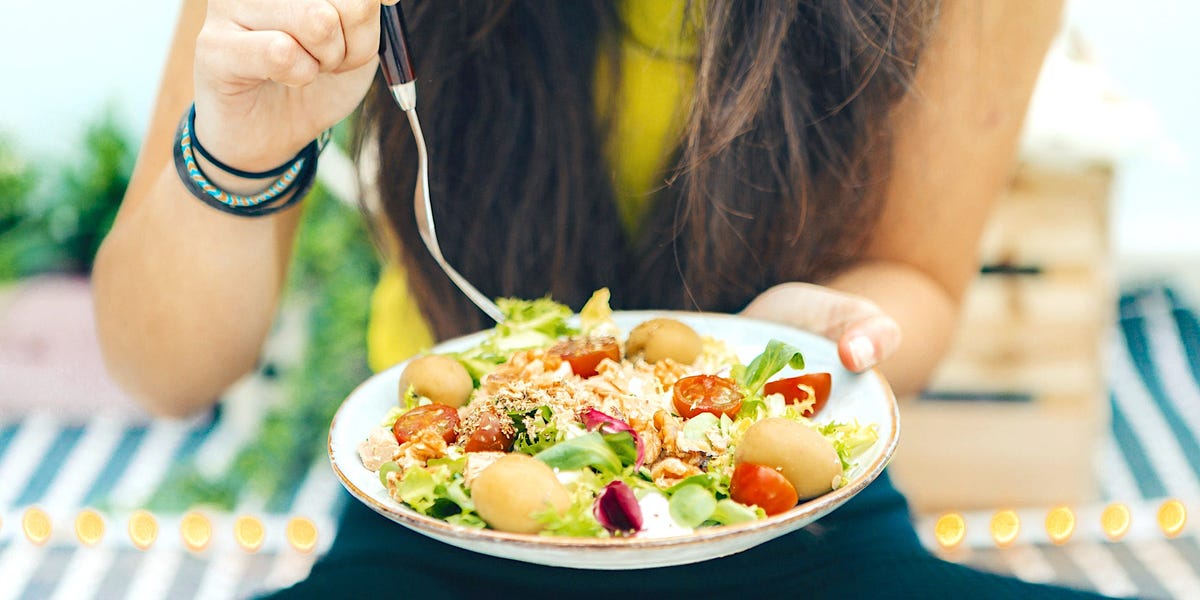 Your eating habits are probably less healthy than you think, a new study suggests.

People are usually wrong when ranking how well they eat, particularly when they think their diet is healthy, according to research presented at the annual meeting of the American Society for Nutrition held June 14 to 16.

Researchers from the USDA and University of Central Arkansas looked at data from 9,757 Americans adults who were asked to complete a food survey and rate their diet on a scale from “poor” to “excellent.”

The researchers then evaluated participants eating habits and graded them from A to F based on healthy eating guidelines which assign points for eating fruits, vegetables, whole grains, and protein, and for avoiding processed foods, refined grains and sugar, and saturated fat.

They found that 85% of participants inaccurately rated their own diet, almost all of them by ranking it as healthier than it really was.

“Most adults overrate the quality of their diet, sometimes to a substantial degree,” Jessica Thomson, lead author of the study and research epidemiologist with the USDA, said in a press release.

But if you think your diet is unhealthy, you’re probably right, according to data. People were more likely to be correct if they rated their eating habits as low quality, researchers noted.

The difference between the ideal healthy diet and what people were actually eating was typically a lack of whole grains, greens, legumes, seafood, and plant-based protein, and too much sodium and saturated fat, according to the study presentation.

What people did get right about healthy diets, though, was the importance of protein, and most people in the study were on track about getting enough protein.

Previous evidence has shown that tools for evaluating diets such as calorie labeling can be wildly inaccurate, causing even dietitians to underestimate how much they eat.

It’s not clear why it’s so difficult for people to accurately assess their own diet, and if they lack the right information or are just prone to wishful thinking, according to Thomson.

“Until we have a better understanding of what individuals consider when assessing the healthfulness of their diet, it will be difficult to determine what knowledge and skills are necessary to improve self-assessment or perception of one’s diet quality,” she said in the press release .

There’s no one size fits all for a healthy diet, but there are guidelines

The diets in the study were ranked on how closely they followed the American dietary guidelines, although no single food or day of eating will make or break the healthfulness of a diet.

The eating patterns linked to long-term health and well being include diets rich in plant foods like greens, legumes, whole grains, and fruits, which research suggests can help prevent illnesses like cancer for a longer, healthier life.