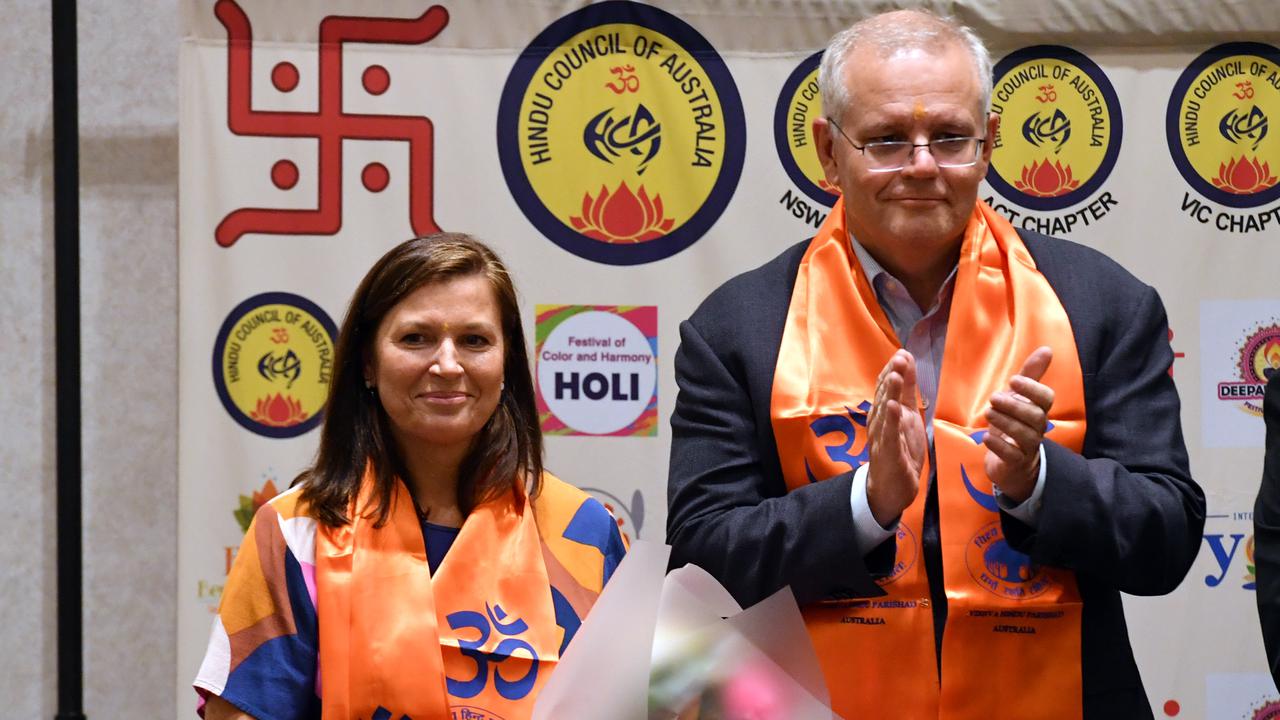 With less than a week to go until polling day the Liberal Party will officially launch its federal election campaign, along with news of an expanded superannuation policy to help encourage voters.

Prime Minister Scott Morrison will address the party faithful in Brisbane on Sunday and use the stage to fight to hold key marginal seats.

The Liberal leader will announce an expansion of a superannuation contribution scheme, funded by the sale of property, coalition sources have told Nine newspapers.

Under the scheme, people aged 55 and above who are downsizing their primary residence, can contribute up to $1.6 million into superannuation. The terms lower the current policy age of 65 and lift the current cap from $300,000.

Former prime minister John Howard is expected to be among the Liberal stalwarts in the audience at the Brisbane Convention Center on Sunday.

Key economic data on unemployment and wages is due to be released this week.

Mr Morrison on Saturday reaffirmed his promise to “empathise” and be more consultative after admitting some people find him to be “a bit of a bulldozer”.

The prime minister said if he is re-elected his government will be “changing gears” and that he had needed to be a strong leader during the COVID-19 pandemic.

“That was a time for me as prime minister in my government to be in the gear of pushing through and that was necessary,” Mr Morrison said.

“I will seek… to explain my motives and my concerns, and empathize a lot more.

“The next stage is very different… I’m looking forward to changing the gears of our government to secure those opportunities that are ahead of us.”

Mr Morrison said the nation was moving to an “optimistic mode”.

Earlier, the prime minister made his sixth campaign trip to the Western Sydney seat of Parramatta.

Mr Morrison was joined by his Liberal candidate Maria Kovacic and Multicultural Affairs Minister Alex Hawke at the Hindu Council of Australia’s Meet and Greet event.

The Liberal Party will ask the Australian Electoral Commission to investigate an alleged electoral breach by Labor’s candidate for the Sydney seat.

Andrew Charlton, who is contesting Parramatta after being hand picked by Mr Albanese, has reportedly breached electoral laws by providing the wrong address to the AEC.

“The Liberal Party will write to the AEC, requesting an investigation into potential electoral law breaches by Mr Charlton,” a coalition campaign spokesman said.