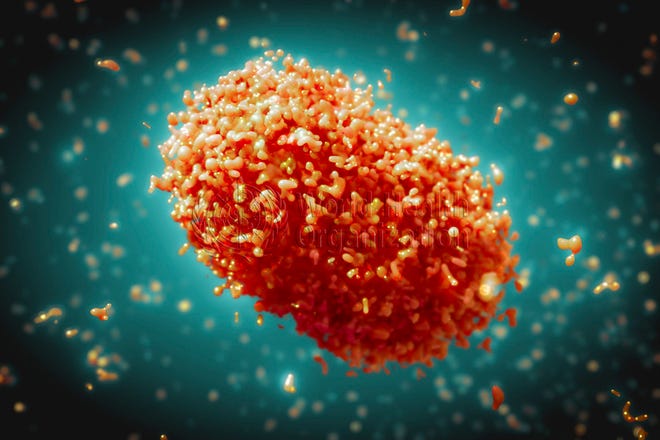 A case of monkeypox had been detected in Westchester County, state health officials have confirmed.

The Westchester case is the second detected outside New York City. The state announced on June 7 that monkeypox had been diagnosed in a Sullivan County resident.

While the risk for monkeypox remains low, Westchester County Health Commissioner Dr. Sherlita Amler said that anyone who experiences symptoms consistent with monkeypox, such as rashes or injuries, should contact their doctor immediately.

Monkeypox is rare and has been showing up in countries where it had not previously been detected. The first US case was discovered in May in Massachusetts.

Monkeypox does not usually cause serious illness, but may result in hospitalization or death. Most infections last two to four weeks.

Monkeypox typically begins with a flu-like illness, pain with swallowing, and swelling of the lymph nodes and progresses to a rash on the face and body, often in the genital and peri-anal regions.

See it: What is monkey pox?

Here’s why: Zoonotic diseases like monkeypox are on the rise

Transmission can occur through contact with body fluids, monkeypox sores, items that have been contaminated with fluids or sores, or through prolonged exposure to respiratory droplets. Because of this, transmission may also occur through sexual contact, according to a health department posting.

“At this point, transmission is occurring mostly with skin to skin contact with infected individuals,” Amler said.

Details about the person infected with monkeypox, including their location, where they were treated or current medical status, has not been released.

State Sen. Elijah Reichlin-Melnick said the COVID pandemic underscored the importance of the information about public health issues, including the presence of a monkeypox case.

“While the Monkeypox virus is very serious, thankfully so far that the risk of transmission to the general public appears low,” Reichlin-Melnick said. “I encourage constituents to be aware of symptoms and recommendations described on the NYS DOH website.”

Anyone who may have monkeypox symptoms should contact their health care provider for a risk assessment, according to state health officials.

“This includes anyone who has traveled to countries where monkeypox cases have been reported, or has had contact with someone who has a similar rash or received a diagnosis of suspected or confirmed monkeypox,” the state health department website states.