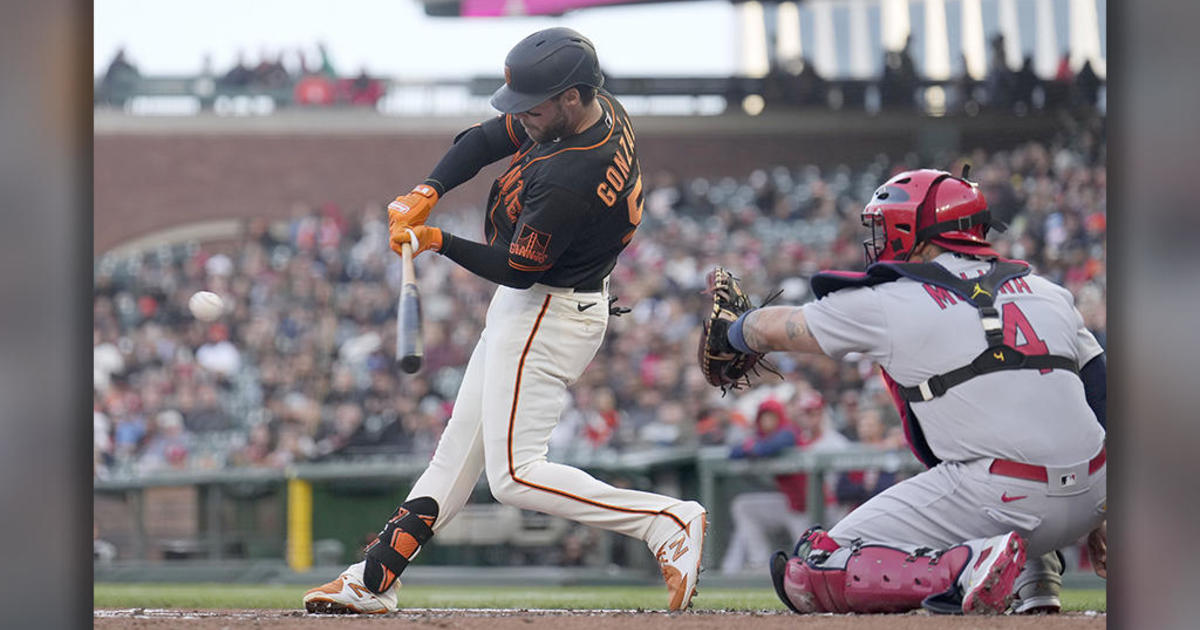 He wasn’t seeing the ball, often going after every pitch.

So when Molina homered for his first RBI of the season, things felt right again.

The veteran catcher connected on a slider leading off the third inning, Tommy Edman hit a two-run single and another RBI single, and the St. Louis Cardinals beat the stumbling San Francisco Giants 7-1 Thursday night.

“Lately, the last week, I feel back to normal,” Molina said. “I started seeing the ball pretty good, I started making better at-bats. That’s what I can do. Hopefully I can keep doing what I’m doing right now, just having great at-bats and the results will come.”

Edman singled in the fifth to back right-hander Miles Mikolas (2-1) and again in the Cardinals’ four-run seventh. Tyler O’Neill added a two-run single that inning, and Juan Yepez also singled home a run.

San Francisco loaded the bases with two out in the sixth to chase Mikolas, but Andre Pallante relieved and retired Jason Vosler on a groundout.

Mikolas allowed one run on seven hits, struck out three and walked three over 5 2/3 innings. The right-hander received run support for the first time in four starts.

Zack Littell (0-1) relieved opener Mauricio Llovera and surrendered Molina’s first home run of the year. It was the St. Louis star’s 999th career RBI and snapped a career-long stretch of 15 games to start a season without driving in a run — his previous being 10 games.

The reigning NL West champion, 107-win Giants lost their fourth straight and sixth of seven while opening a seven-game homestand.

San Francisco was outscored 12-2 in losing a two-game road series to the rival Dodgers and now 30-8 during the losing streak that started with Sunday’s 11-5 defeat to the Nationals.

The Giants went through nine pitchers.

“I love them using that many guys in the first game of a four-game set, no doubt about it,” Marmol said.

After that, the 42-year-old slugger in his final season before expected retirement signed autographs for several minutes near the visitor’s dugout.

“It’s just part of having the gift and the blessing God has given me every day. Just enjoy your last tour around the city, the last time you probably step on the field and having fun with it,” Pujols said. “That’s what you play for, for the fans and just really humble. I thank God for a great career and great memories.”

Pujols played in his 2,984th game Wednesday at Kansas City and trails home run king Barry Bonds by two games to tie for 10th place on the career list at 2,986.

Cardinals: St. Louis plans to decide Saturday whether RHP Jack Flaherty is ready to throw a bullpen as he rehabs his troublesome pitching shoulder that has a small tear. … There were no additional positive COVID-19 tests for the club.

Giants: OF LaMonte Wade Jr. is back in San Francisco and scheduled to return Friday from a left knee injury. “I hope so,” manager Gabe Kapler said. … RHP Littell was activated from the COVID-19 injured list. … RHP Gregory Santos was recalled from Triple-A Sacramento. RHP Tyler Beede was designated for assignment and INF Kevin Padlo optioned to Sacramento.

RHP Jordan Hicks (1-2, 3.65 ERA) pitches for St. Louis in the second game of the four-game weekend series opposite RHP Alex Cobb (1-1, 5.40), who is trying to end a two-start winless stretch since his victory April 12 against the Padres.