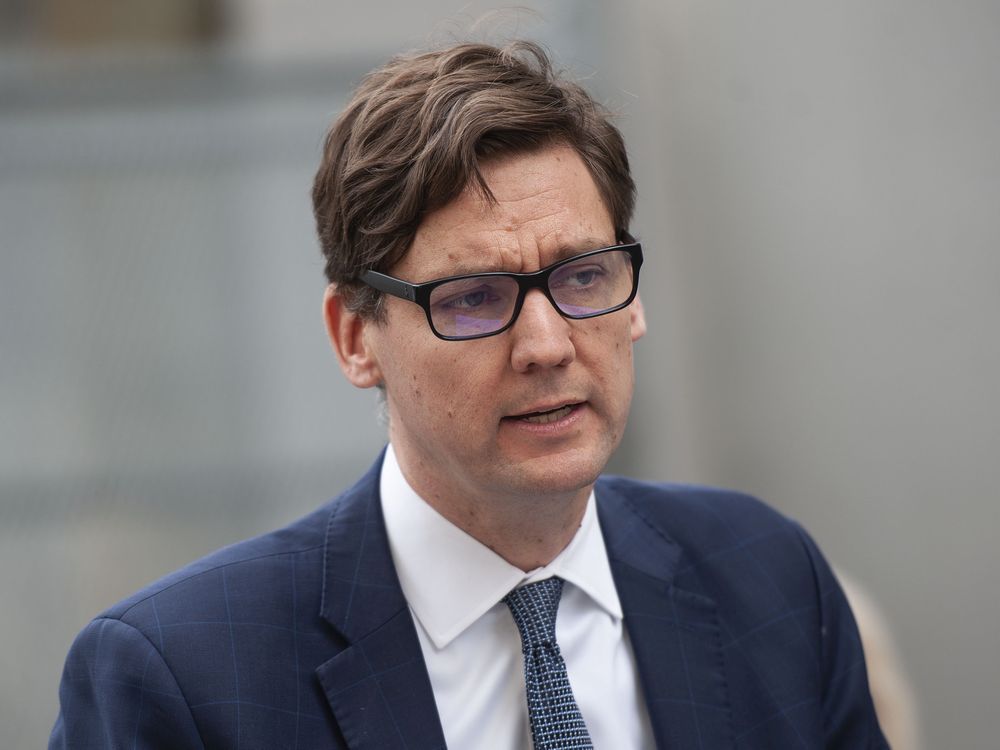 A long-simmering debate about a proposed social housing building on Vancouver’s west side comes to city hall this month, and BC’s housing minister says he’s confident that, despite neighborhood fears, if city council approves the project, it will succeed.

The 13-storey, 129 unit affordable housing structure proposed for a vacant lot on Arbutus Street in Kitsilano has met with significant opposition, including an organized campaign from neighbors who have started a website, listed a PR professional and issued a series of news releases, including one Thursday quoting a prominent academic’s criticisms.

Housing Minister and Attorney-General David Eby says he’s sympathetic to the concerns of neighbors — many of whom are constituents of his Point Gray riding — but is committed to the project’s success. His long-term plan for him, he says, depends on it.

“I think that once the building’s been operating for a bit, the community will see that it works well,” Eby said Thursday. “And if it doesn’t, I’ve committed to them that I’ll work to address those issues immediately, as we have in other neighbourhoods.”

The proposed project from BC Housing and the Vancouver Affordable Housing Agency would create 129 modular, prefabricated studio apartments, half of which would have embedded support services serving people with incomes below $15,000 a year, and half would be rent-geared-to-income homes for people earning less than $30,000 who are able to live more independently.

Kitsilano hasn’t seen a lot of this kind of social housing in recent years, “so there’s a lot of fear and concern,” Eby said. “I hope to address as many of the concerns as I can before opening day, and after opening day, if any issues that come up, to reassure them that, we’ll be there to take action if it’s necessary.”

That “action” could include changing the tenant mix of the building, providing additional support services or increased cleaning in-and-around the building, Eby said.

Eby pointed to a “particularly difficult situation” in Victoria, where the government closed a social housing building, following several community complaints about problems, and relocated all of its tenants into new housing elsewhere.

“That was a difficult decision obviously, but that’s the level to which I take this seriously in terms of neighborhood concerns,” Eby said. “Because I believe that we do need this housing, and we also need a social license. We need neighborhoods that are willing to accept these buildings, and they’ll only do that if they’re done well.”

While some Kits residents have mobilized to support the social housing proposal, others are raising concerns, including many connected with the elementary school across the street from the site.

A group calling themselves the Kitsilano Coalition has been issuing news releases in recent months, urging neighbors to voice their objections to city hall for the project described in one statement as “a recipe for failure and chaos.”

Reached by phone Thursday, Somers clarified he didn’t believe the building proposed for Kitsilano was the “wrong place” — he believes it’s simply the wrong model and wouldn’t be successful in any location. Describing the site as the “wrong place,” he said, is “unfortunately an error” in the news release.

“There isn’t another place or another setting in which that model — from our work — would be more appropriate,” Somers said. “It is simply an inferior model. Period.”

Somers said his work, including a multi-year, multi city project involving Canada’s largest-ever randomized controlled trials to evaluate solutions for homelessness, has shown people at risk of homelessness have better outcomes in “independent, recovery-oriented housing,” instead of concentrating a higher number of “people who are mentally unwell and addicted into a single building.”

Somers said it would be better to have roughly five per cent of units in several big developments going forward — including in Kitsilano and neighborhoods around there — reserved as deeply affordable homes for people exiting homelessness.

Responding to Somers’ criticism of the proposed Arbutus building, Brightside Community Homes Foundation CEO William Azaroff said: “If there’s academic papers that showed there’s a better model, let’s start building that better model, but that’s not what’s in front of us today. To reject multiple levels of government willing to put shovels in the ground and build this kind of desperately needed housing, I think it’d be irresponsible of the municipality not to get on-board with that.”

“This is an historical moment, where the feds and the province both have money to spend and are aligning on projects, so that the entirety of the building becomes deeply affordable … It’s incumbent on municipalities to approve the projects that are there in front of them , and not to reject them for some hypothetical alternative that doesn’t yet exist,” Azaroff said. “We’ve already had so many delays on building over so many decades. We can’t afford to delay anymore. Let’s not make perfect the enemy of the good.”

“Our Dunbar Apartments is a good example. It provides 51 homes with supports for people interested in more independent living,” Burnham said. “Our buildings are integrated into each community with the goal of maintaining the conformity of the neighbourhood.”

Eby says it’s important to him to see the success of the Kits’ building, as well as another 13-storey, 109 units of social housing for Knight Street in East Vancouver, which was approved earlier this week by council, over some neighborhood opposition but less than the Kits’ proposal.

The Knight and Arbutus proposals are the first two of five permanent modular supportive housing projects envisioned in a joint agreement between BC Housing, CMHC and the City of Vancouver. The city and province are working together on three other sites, Eby said.

“We really need this housing to work and… build more of it. So if this goes sideways, then the city council are going to be reluctant to approve it, the neighbors are going to be more reluctant to have housing like this, and so on,” Eby said. “So it’s a long-term plan we have here, and it requires the success of projects like this.”