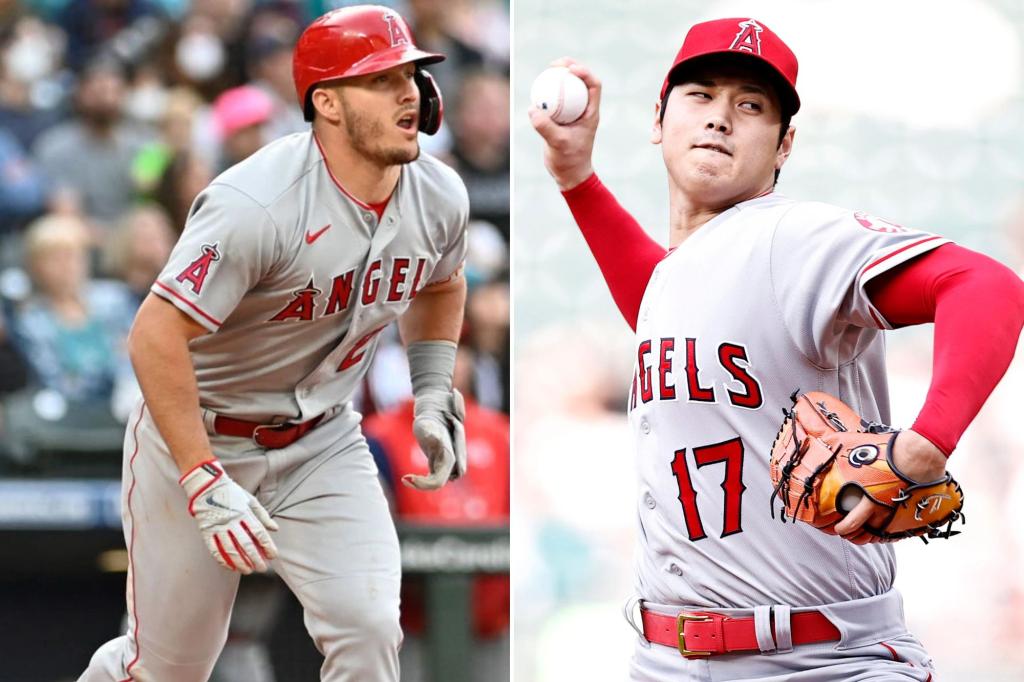 SEATTLE — Mike Trout doesn’t have — or perhaps doesn’t want to share — the reason for why he has hit so well in Seattle throughout his career.

“I don’t know. We play here a lot. I see the ball good,” Trout said. “I couldn’t tell you one particular thing. They’ve got a good backdrop.”

At this point maybe Seattle should consider changing the backdrop anytime Trout is coming to town.

Trout continued to torment Seattle with his 48th and 49th career home runs against his division foe, Shohei Ohtani tossed six innings of three-hit ball and the Los Angeles Angels beat the Mariners 4-1 on Thursday night.

Trout has feasted on Seattle pitching throughout his career and this season appears to be no different. In the first meeting this season between the teams, Trout hit a pair of two-run homers to account for all of the Angels’ offense.

The Angels won on the road for the first time since May 15, snapping an 11-game losing streak.

Trout’s first homer came off Seattle starter George Kirby in the third inning. His second of him came in the seventh against reliever Sergio Romo. Both times, Seattle had two outs in the inning, but each time Taylor Ward singled to bring Trout to the plate.

“It happens once in a while. Sometimes they pop it up. Unfortunately, Trout doesn’t seem to pop it up in this ballpark very often,” Servais said.

Trout has 18 homers on the season and 30 in his career in Seattle, the most of any visiting player at T-Mobile Park. The 49 career homers against the Mariners is second-most all-time, trailing only Rafael Palmeiro, who had 52 against Seattle.

It was also his 24th career multi-homer game, seven against Seattle.

A night after breaking up Tyler Anderson’s no-hit bid with a triple in the ninth inning, Ohtani was the one shutting down batters. Ohtani allowed a pair of singles to Eugenio Suárez and a base hit to Adam Frazier but otherwise stymied Seattle’s slumping offense.

Ohtani (5-4) struck out six and won his second straight decision. Ohtani probably would have gone one more inning under normal circumstances, but the Angels didn’t get to their hotel in Seattle until close to 4 am Thursday.

“I knew my pitch count was up there. If I had seven to 15 less pitches I would have definitely wanted to go back out,” Ohtani said through an interpreter.

Raisel Igelsias was the last of three relievers, pitching the ninth for his 13th save.

Seattle snapped a streak of 17 scoreless innings on JP Crawford’s RBI double in the eighth, but still scored three runs or less for the sixth time in nine games.