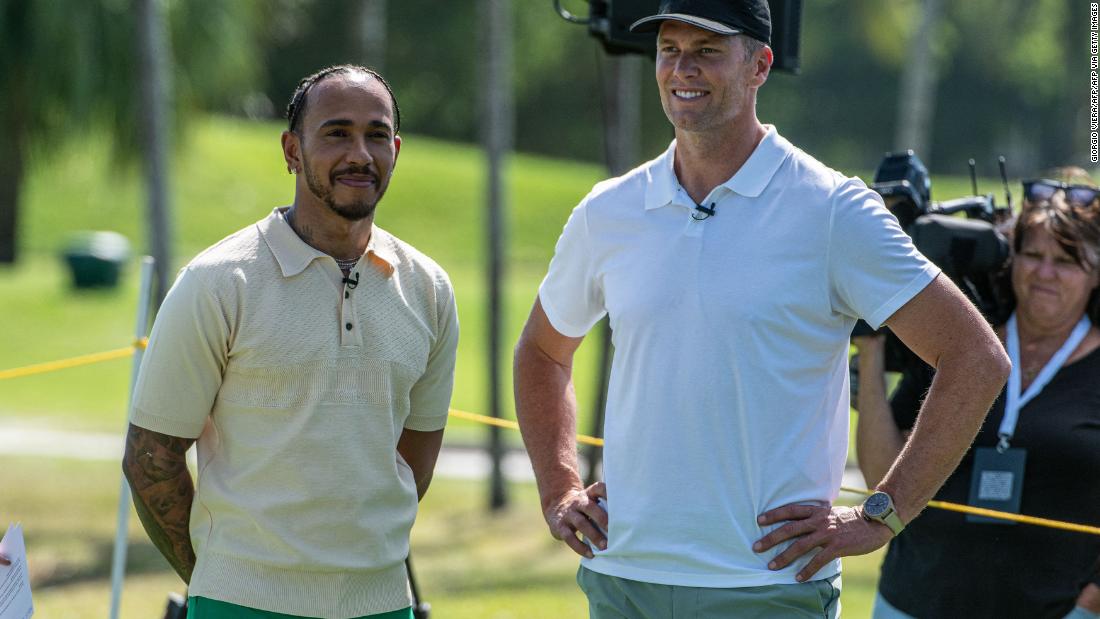 “I never understood knowing how, you know, going to Tom’s games… going to watch the NBA and knowing how amazing the fan base is out here, people [are] so passionate about sport in this country and then not understanding why they’re not connecting with our sport,” Hamilton said on Thursday.

The Miami GP is the first of two F1 races that will be staged in the US this year — the United States Grand Prix in Austin, Texas takes place in October. And in 2023, Las Vegas will become a third American grand prix venue.

“At one stage we didn’t have a Grand Prix here, then we only had one Grand Prix. Now we’re expanding. I think this is going to be like our Super Bowl,” said the 37-year-old Hamilton.

“I am so happy to be in Miami. This is the sport’s first time here and the anticipation of this event has just sky rocketed,” added Hamilton ahead of this weekend’s Grand Prix, which will take place at the Hard Rock Stadium.

“Everyone is so excited but there will be a little bit of nerves because there will be so many people here and it is a new circuit.”

Arguably two of the greatest athletes of all time, Hamilton and Brady played golf together and discussed success and failure at a charity event at the Miami Beach Golf Club with Swiss luxury watchmaker IWC Schaffhausen.

“Success is a great thing. And when you’re riding a wave of success, that’s one thing,” said seven-time world F1 champion Hamilton, who has had a tough start to the 2022 season with the Mercedes car well off the pace . But sometimes, you “stumble” and “fall,” I added.

“We have a responsibility to pick each other up and put it through those difficult times that we grow stronger and we grow closer and we pull tighter and we dig deeper than we ever thought… they say you’ve got to dig deep, but you can always dig deeper. You can always go that bit further,” he said.

At the event, Hamilton also spoke about how F1 “saved” him.

“The youth is everything and something I am passionate about is getting children into STEM (Science, Technology, Engineering and Mathematics) subjects,” the Mercedes driver said at a fundraiser for Miami’s under-privileged children at Miami Beach Golf Club on Wednesday.

“Sport brings people together and it saved my life. I am glad we are doing something for good,” he added, per PA.

“Better to play and lose than to not play at all”

Brady also offered his view on notions of success in sport.

“You have to come to grips with the fact that it’s still better to play and lose than to not play at all,” said seven-time Super Bowl winner Brady.

“So I feel like even though, you know, you may not win all the time, the performance in playing is the most joy. Obviously, everyone wants to win. It’s a very tough competition. When I’m losing, I focus on …how do I just get back in the game?

“I think of a Super Bowl in 2016 against Atlanta. We were down 25 points. You can’t score 25 points in one touchdown, you have to just chip away and and you got to get yourself in striking distance. And that just comes with a lot of, you know, great plays and great confidence in what you’re doing,” he said.

Brady added: “But, you know, we don’t always win. And that’s just part of sports. But I do love and relish when you have the opportunity to come back — in my last game against the Rams in the playoffs, we were down a bunch of points and we found a way to tie the game.

“And then ultimately Matt [Stafford] had a … great throw to Cooper [Kupp] to win to really win that game.

“You don’t always win them all, but it’s fun to come back when you do. And those are the ones you probably remember the most,” said Brady.

The 44-year-old quarterback, who plays for the Tampa Bay Buccaneers, also noted how the challenges he faces have changed as he has gotten older.

“And I still got to put my time and energy where it needs to be, you know, so that other aspects of my life do well, too. So that’s been the biggest challenge as I’ve gotten older is, you know, trying to make sure my priorities stay my priorities.

“But I feel like when it’s football season, you know, that’s where my it’s been always been my first love. And it’s just amazing to still have the ability to go out and compete like I like I did. And I do it because I love my teammates. That’s the reality.”

Earlier this year, the 37-year-old Hamilton, who has the most race wins in F1 history, said he had “struggled mentally and emotionally for a long time.”

Writing in an Instagram story, Hamilton said he has endured “a tough year already with everything that is happening around us” and that it is “hard some days to stay positive.”

However, he also offered support and reassurance to his followers.

“I’m writing to tell you it’s ok to feel the way you do, just know that you are not alone and that we are gonna get through this!” Hamilton added.