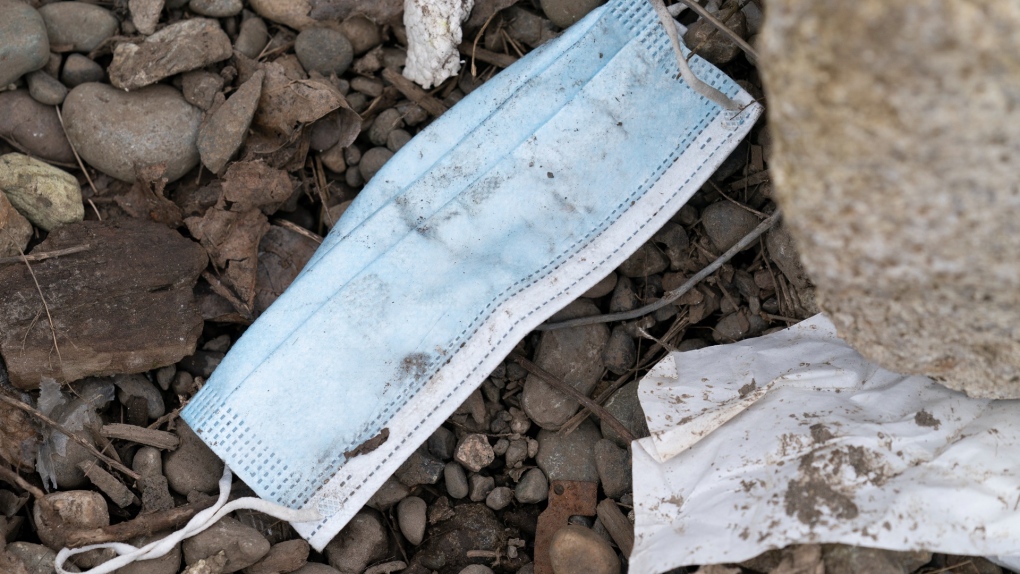 Metro Vancouver residents threw out roughly 260 million face masks in 2021, more than double the total from the previous year, according to the regional district’s latest waste composition study.

The rise in mask use is one of several notable pandemic-related trends that can be seen in the region’s trash.

In 2021, the number of disposable cups in the region’s trash rebounded to 271 million (98 per person due to population growth).

Single-use takeout containers experienced the opposite trend. Metro Vancouver residents threw out 259 million of them in 2020, with restaurants closed to in-person dining for part of the year. That was a significant increase from 2018, when 179 million were disposed of, but totals returned to pre-pandemic levels in 2021.

It’s not just what people threw out that changed because of COVID-19, according to Terry Fulton, senior project engineer for Metro Vancouver’s solid waste services team. Where trash was thrown out also shifted significantly.

“What we noticed in 2020 was – not surprisingly – there was a lot less coming from businesses as people were spending a lot more time at home, and that resulted in a shift in the composition (of waste),” Fulton told CTV News.

Now that more people have returned to offices and nearly all COVID-19-related restrictions have ended, he said the region’s waste disposal patterns have largely returned to normal.

Fulton framed the return of pre-pandemic habits as “an opportunity” to reduce waste, citing retail shopping bags as an example.

During the early days of the pandemic, bag use increased, with many stores temporarily prohibiting customers from bringing their own reusable bags over fears about virus transmission on surfaces.

In 2021, bag use remained high, despite few, if any, stores continuing such prohibitions.

“Now that residents can bring their own reusable bags again and reusable cups, we encourage residents to continue those habits,” Fulton said.

That, along with other actions like saying no to disposable utensils and straws, “can go a long way to reducing our single-use items and reducing our waste in general,” he added.

Face masks, of course, are also disposable, but Fulton said they made up only a small proportion of Metro Vancouver’s waste in 2021, even as mandates caused their numbers to arise.

“Personal protective equipment only represents a small fraction – less than one per cent – ​​of all waste that’s disposed (in Metro Vancouver), but it is something that we’ll keep an eye on going forward,” Fulton said.

He noted that waste composition studies are “a snapshot in time,” and said it’s not surprising that the number of masks thrown out in 2021 was much higher than in 2020.

Metro Vancouver’s 2020 waste composition study was conducted before masks were made mandatory in all indoor public spaces in BC, while the 2021 study was conducted in December and January, near the peak of the Omicron wave and after nearly a full year of mask mandates.

In 2022, with masks recommended but no longer required, the number seen in our trash is likely to decline again.

“We do waste composition studies annually and we will definitely be continuing to look at personal protective equipment in future studies and see how that changes as we no longer have things like mask mandates,” Fulton said.