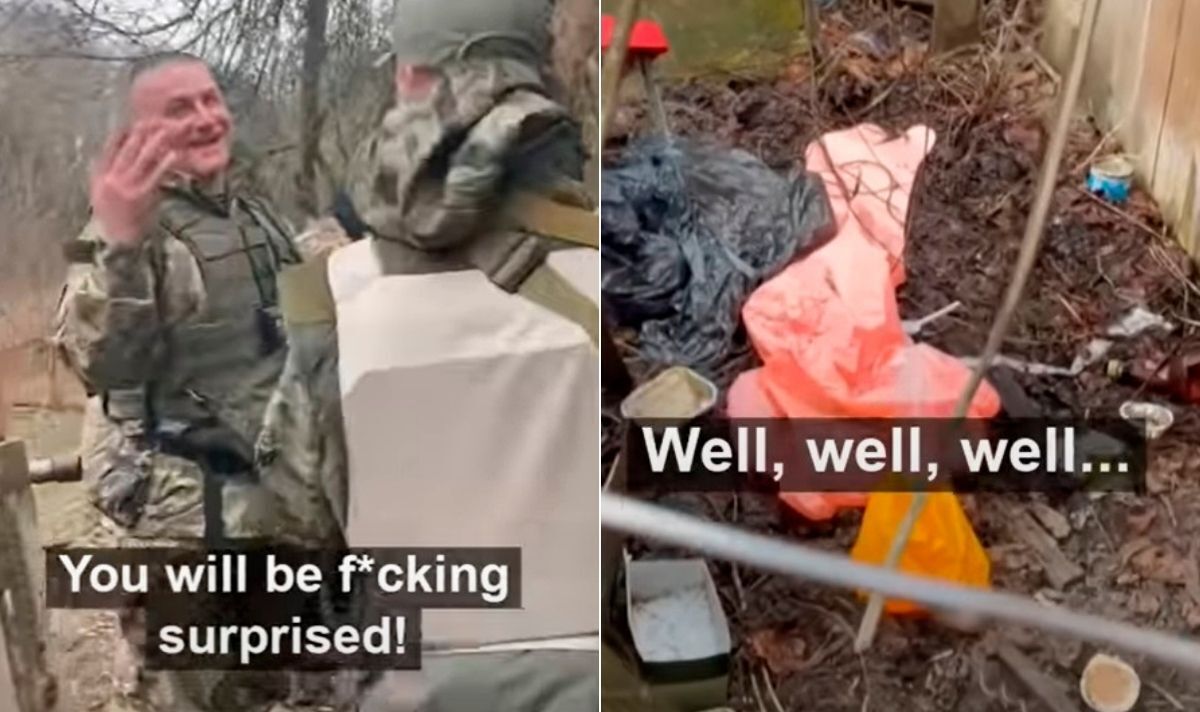 The video was uploaded on YouTube by a channel called ‘Voices for Ukraine’ in early May and within two weeks it has surpassed 2.5 million views. Within the candid 17 seconds, four Ukrainian soldiers are seen looking at the amusing sight as they take pictures of it with their phones.

One of them can be heard saying “You will be f**ng surprised! I am f**ng telling you.”

The person shooting the video approaches to reveal a deflated, plastic blow-up sex doll at which the troops were laughing.

A soldier points at the doll and says: “Russian army doing their thing here…”, implying that the doll belonged to Russian soldiers who had left the area.

The video appears to have very much entertained the millions of viewers, who have filled the comment section with nearly two thousand hysterical reactions.

Someone said: “Looks like a special love operation to me.

While someone else said: “So it’s true, love truly can bloom even on a battlefield.”

As Ukraine is fighting back against its invasion, Putin’s forces are seen suffering multiple losses, and the troops’ morale has been hit in several incidents.

A former British Lance Corporal sniper fighting in Ukraine told The i Putin’s troops are humiliating their country since they are “surrendering in their droves”.

In a part of the eastern Donbas region, soldiers were reported to have given up on a “large-scale encirclement” of Ukrainian troops.

Reports claimed that Putin’s troops are thought to have abandoned holding territory between Donetsk and Izyum.

Others refuse to fight and wish to return back home, in a major blow to Putin who manages the second biggest army in the world.

In another reported incident, nine soldiers of a Russian unit told their commanders that they refused to join the invasion and asked to be allowed to go home to their families.