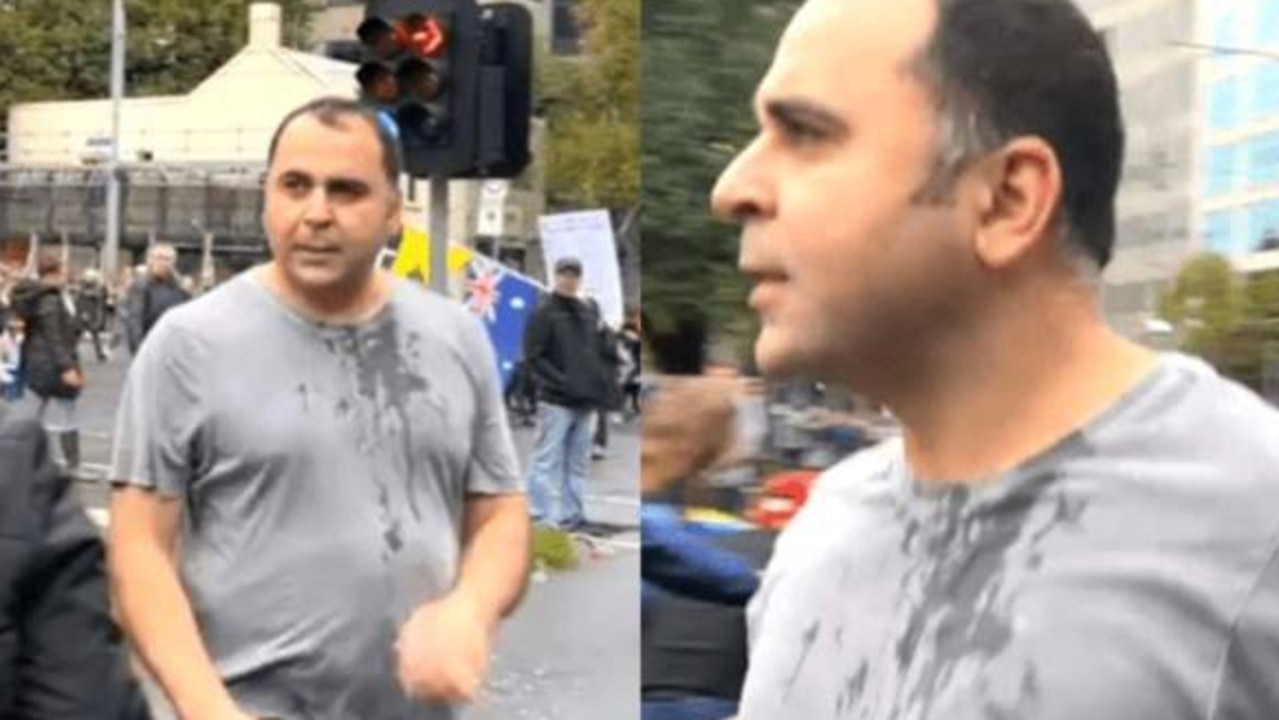 A police officer was allegedly attacked twice during a protest in Melbourne on Saturday, prompting an investigation.

Police are searching for a freedom protester who allegedly attacked a police officer twice during a rally on Saturday afternoon.

The officer was performing traffic management duties on King St in Melbourne when a fight broke out between a driver and a protester at approximately 1.30pm.

When police tried to break up the argument, the protester allegedly lashed out and assaulted an officer.

He returned to the rally crowd after being sprayed with pepper spray but allegedly returned after a short time to assault the same officer a second time.

The officer was treated for the non-critical injuries he sustained during the attack.

Police have released images of a man they believe may be able to assist with their investigation. Pictured above, he is described as being of medium build with short dark to balding hair.

Anyone who recognizes the pictured man or who witnessed the alleged altercation on King St is urged to come forward to the police.