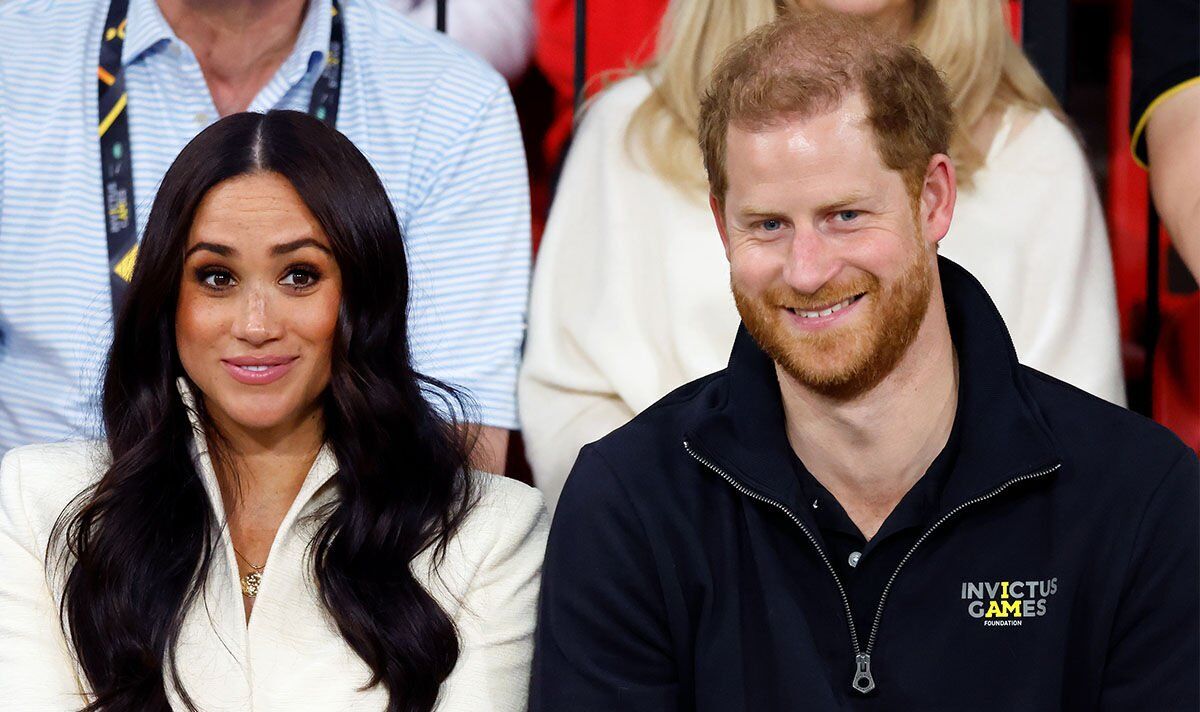 Meghan Markle and Prince Harry and their children are to attend the Queen’s Platinum Jubilee celebrations but have been omitted from the Trooping the Color balcony appearance by the Queen. The Duke and Duchess of Sussex confirmed that they were “excited and honored” to attend the commemorations for the monarch’s milestone in June with their eldest child and his sister Lilibet. The Telegraph’s Associate Editor Camilla Tominey claimed the timing of the Sussex’s announcement was “more than a coincidence”.

She said: “The timing of the Sussexes saying that they would come to the Platinum Jubilee celebrations has been interesting because what happened in the first instance is that Buckingham Palace released a statement saying that the only people would end up on the balcony were those who will still working members of the Royal Family notably, not Harry and Meghan.

“We then got a statement issued by their people from LA saying that they are going to come and it seemed as if the timing was more than coincidence.

It is not known which elements of the four-day Jubilee weekend Harry and Meghan could make an appearance at.

A spokeswoman for the couple said: “Prince Harry and Meghan, The Duke and Duchess of Sussex are excited and honored to attend The Queen’s Platinum Jubilee celebrations this June with their children.”

It will be the first time Harry and Meghan have brought their family to the UK since leaving for the US.

Lili’s first birthday falls during the Jubilee weekend on June 4 and she is yet to meet the Queen, the Prince of Wales and other members of the family.

The monarch’s decision to only include royals carrying out official public duties was taken “after careful consideration”, Buckingham Palace said.

The symbolic move by the Queen has been interpreted as a snub to Harry and Meghan, who quit the monarchy for a new life in the US two years ago, and to Andrew, who was cast out of the institution over his civil sexual assault case.

On June 2, Trooping the Colour, the sovereign’s official birthday parade, will kick start the four days of Jubilee festivities, with 18 members of the royal family set to gather on the famous frontage, with the Queen “looking forward” to the weekend of celebrations.

A Palace spokesman said: “After careful consideration, the Queen has decided this year’s traditional Trooping the Color balcony appearance on Thursday June 2 will be limited to Her Majesty and those members of the royal family who are currently undertaking official public duties on behalf of the What in.”

Also set to appear for the historic occasion will be Prince George, Princess Charlotte and Prince Louis and the Wessexes’ children Lady Louise Windsor and James, Viscount Severn.

The head of state has made an exception for Anne’s husband Vice Admiral Sir Tim, who is not a working royal, and her two youngest grandchildren Lady Louise and James, and her Cambridge great-grandchildren George, Charlotte and Louis.

The Palace spokesman added: “In addition the Cambridge and Wessex children are also expected to appear as is Sir Tim Laurence, who the Queen is happy to attend as a frequent attendee and support for the Princess Royal on official engagements.”