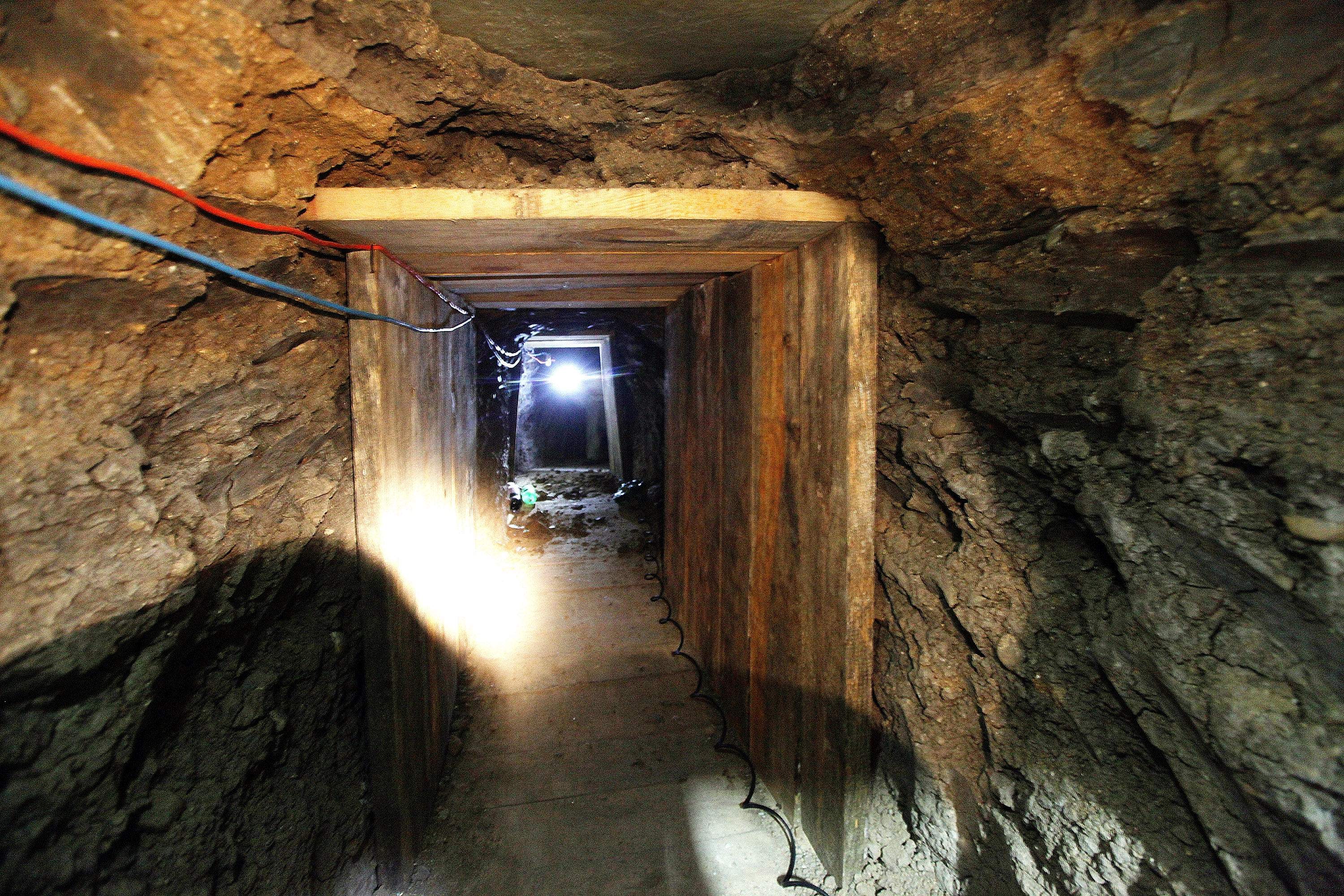 Federal law enforcement officials have uncovered an elaborate tunnel they say was used to smuggle just under a ton of cocaine from Mexico to a southern California warehouse.

The US Attorney’s Office for the Southern District of California on Monday announced the discovery of the underground passageway as well as charges for six people allegedly involved in a drug trafficking ring. Prosecutors say this isn’t the first illicit tunnel they’ve discovered as law enforcement has been on the lookout for efforts by drug smugglers to evade customs by burrowing underground.

Federal prosecutors say the tunnel is about 1,744 feet long and connects Tijuana, Mexico, to a warehouse in San Diego that’s just east of the Port of Entry. At 61 feet deep and 4 feet in diameter, prosecutors said the tunnel has reinforced walls, a rail system, electricity and even a ventilation system.

Investigators with the Department of Homeland Security discovered the tunnel shortly after midnight while conducting surveillance on a residence in National City—a small port city located between San Diego and Tijuana—that had previously been used as a “stash house,” according to the US Attorney’s Office.

Ramirez returned to the home about two hours later in the pickup as law enforcement continued to track her, prosecutors state. Later that afternoon and evening, law enforcement saw five other cars come and go from either the residence, the warehouse or both, according to the prosecutor.

“In a span of a few hours, agents watched five vehicles come and go from the stash house and this warehouse, we allege that the defendants were driving into the garage and loading or dropping off cardboard boxes full of drugs to further the movement or distribution of drugs throughout the United States, the federal agents were watching the whole time,” US Attorney Randy Grossman told ABC affiliate KGTV.

Law enforcement officers stopped the vehicles, seized drugs and arrested the drivers, according to prosecutors. At the warehouse, law enforcement found what they called a “sophisticated cross-border tunnel exit point carved out of the cement floor.”

Authorities seized 1,762 pounds of cocaine, 164 pounds of methamphetamine and 3.5 pounds of heroin.

Grossman told KGTV that “good old-fashioned police work” led to the tunnel’s discovery. The surveillance that led to the arrests was part of an ongoing joint task force comprised of federal and local agents.

There have been 90 underground passageways found in the Southern District of California since 1993, 27 of which are considered “sophisticated,” according to the US Attorney’s Office. The most recent was found in March 2020.

In addition to Luna Olmos and Ramirez, prosecutors have also charged Mario Jaramillo, Adrian Enriquez, Manuel Perez and Juan Cruz with multiple counts to distribute drugs. It’s not clear if they are represented by lawyers. They face a mandatory minimum of 10 years, with a maximum of life in prison and a $1 million fine.

Newsweek has reached out to the US Attorney’s Office for comment.