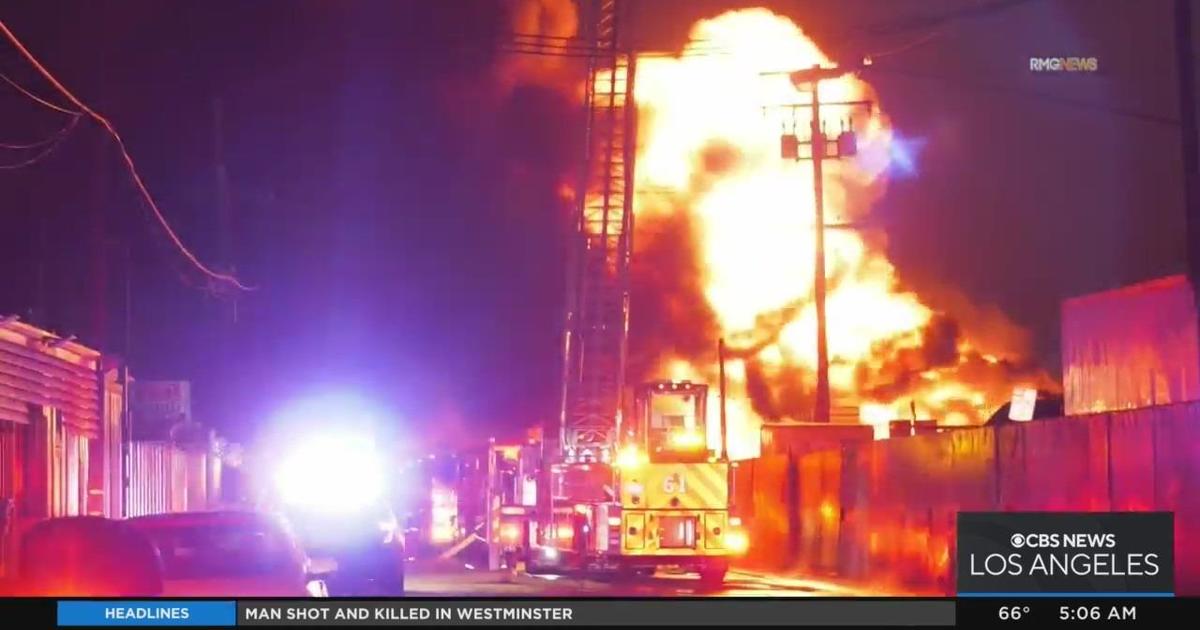 Several agencies were heavily engaged with a massive fire that broke out at a tire yard in Montebello Friday morning.

The fire was first reported just after 2:15 am on Bluff Road near Maynard Road, prompting a long battle between firefighters and the massive flames.

According to Montebello Fire Department, the fire was very stubborn due to the burning rubber and was expected to continue for hours.

The property is home to thousands of tires, which makes the flames difficult to extinguish.

No injuries were reported as a result of the fire, and investigators were already working to determine a cause.