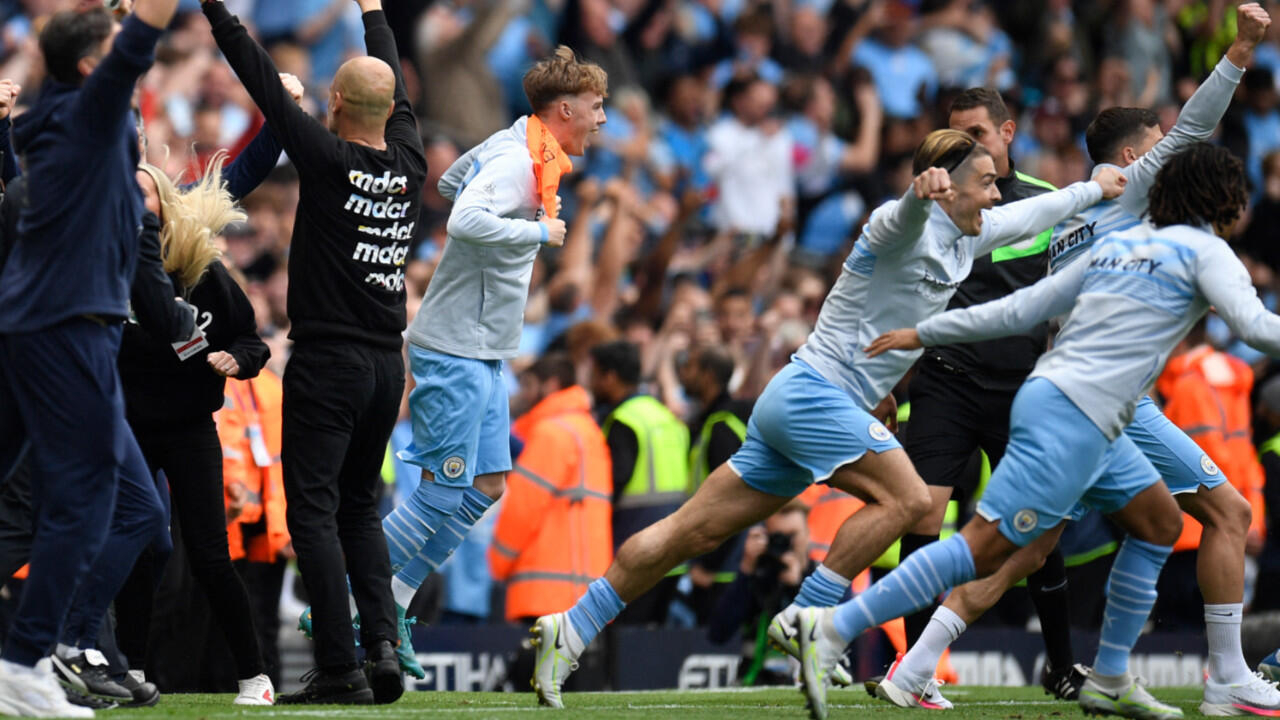 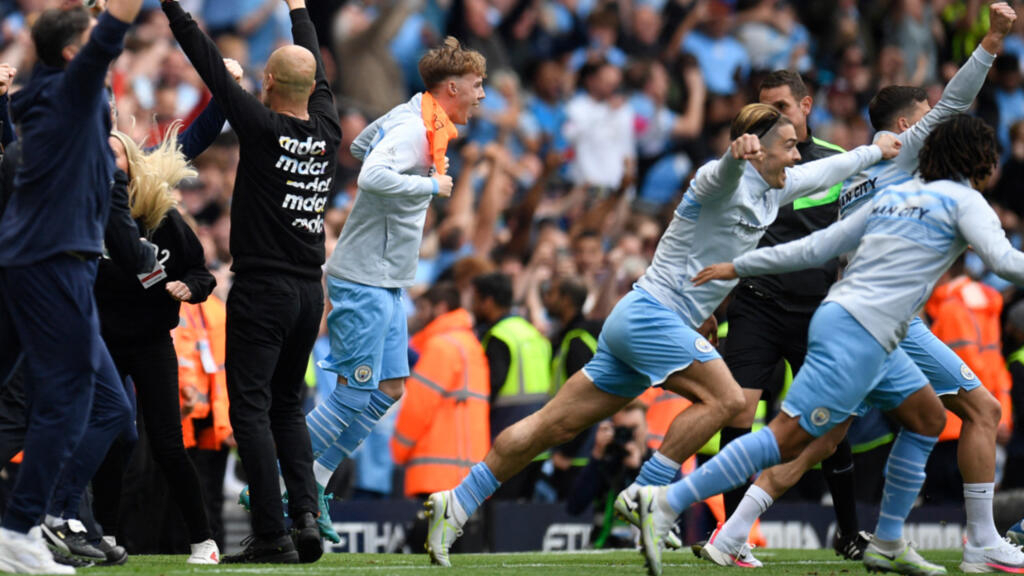 Manchester City clinched a sixth Premier League title in 11 seasons on Sunday by scoring three times in five minutes to come from behind to beat Aston Villa 3-2 in the finale and hold off Liverpool’s challenge.

After starting the day in first place, City was at risk of an historic choke when it was conceded twice to trail 2-0 at home to Villa. It took İlkay Gündoğan’s header to begin the comeback in the 76th and Rodri equalized two minutes later by placing the ball through a tight gap into the bottom corner.

The Etihad Stadium erupted in celebrations in the 81st when Gündoğan tapped in Kevin De Bruyne’s cross.

The importance of that goal became clearer moments later. Liverpool had been locked at 1-1 against Wolverhampton but Mohamed Salah then put the second-place team 2-1 in front in the 84th minute. That scoreline would have taken Liverpool into first place had City not just mounted its fightback to take the lead.

The jeopardy was still there — with Andy Robertson sealing Liverpool’s 3-1 win — while City would have conceded the title had it conceded a late equalizer.

But Pep Guardiola’s side held on for the win in a thrilling climax, retaining the trophy on the final day by a single point in a manner that was more jittery than expected considering City briefly had a 14-point lead in January.

City’s fourth championship success in five seasons produced a first for Guardiola. It’s the first time City has sealed the title in front of its own fans who spilled onto the field in their thousands at the final whistle against Villa.

“It was an unbelievable game,” Gündoğan said. “We are human beings and, after going 2-0 down, the chances were just very, very small. But we had to do the simple things and score two goals quickly and then having 10 minutes to score the third one gave us the right lift.

“It was about getting that goal and then the momentum was on our side then we were able to score three goals in just a few minutes. These are the days you look back to, it was an unbelievable game.”

Although it went down to the wire, this one came without any of the anguish of 10 years ago when City’s first Premier League title was only clinched in the final minutes of the season.

That success, which produced City’s first championship crown in 44 years — with Roberto Mancini as manager — ushered in the era of dominance enjoyed by a club transformed by the influx of investment from Abu Dhabi.

City is now enjoying the steady stream of titles it once had to watch crosstown rival United gather up under Alex Ferguson. The rise of City coincided with the retirement of the Scot — who won the Premier League 13 times from 1993 to 2013 — and the decline of Manchester United.

The teams entered the final round on Sunday with City 32 points ahead of United and with Liverpool the greater threat to Guardiola’s side. In the last five seasons, the only time City didn’t win the trophy was when Liverpool’s 30-year title drought ended in 2020.

But it will be another season ending with City unable to win the biggest prize in European football — the Champions League — while Liverpool will be contesting the final against Real Madrid on May 28.

While Liverpool’s net spending on transfers has been around $250 million in the last five years, City’s has been more than $530 million.

City’s financial might wasn’t enough to convince Tottenham to sell Harry Kane ahead of this season, leaving Guardiola to achieve this title without a recognizable striker. Yet, City was able to break the British transfer record to sign Jack Grealish for 100 million pounds ($139 million) even though the midfielder only started sparingly.

City has already reinforced its attack for next season, with a deal clinched with Borussia Dortmund to sign Erling Haaland for 60 million euros ($63 million), adding one of Europe’s most exciting young forwards into the squad.

Still, concerns remain for human rights activists and less wealthy rivals about the club’s Abu Dhabi ownership and its actions.

Human rights violations by the United Arab Emirates are glossed over by City fans who largely overlook how their club has been used by a state as a tool of soft power that exploits the glamor of the world’s biggest sport to cleanse its image.

City owner Sheikh Mansour has only been seen at one game during his 14 years as owner. Mansour, who is deputy prime minister of the UAE, was condemned by the British government for recently hosting Syrian president Bashar al-Assad.

City was fined €10 million ($12 million) in 2020 for obstructing a UEFA investigation into its finances following leaks of internal correspondence at the club. But the Court of Arbitration for Sport overturned a two-year Champions League ban because claims that the club disguised the source of income as overvalued sponsorships from companies linked to its Abu Dhabi ownership were either rejected or found to have happened too long ago to be investigated .