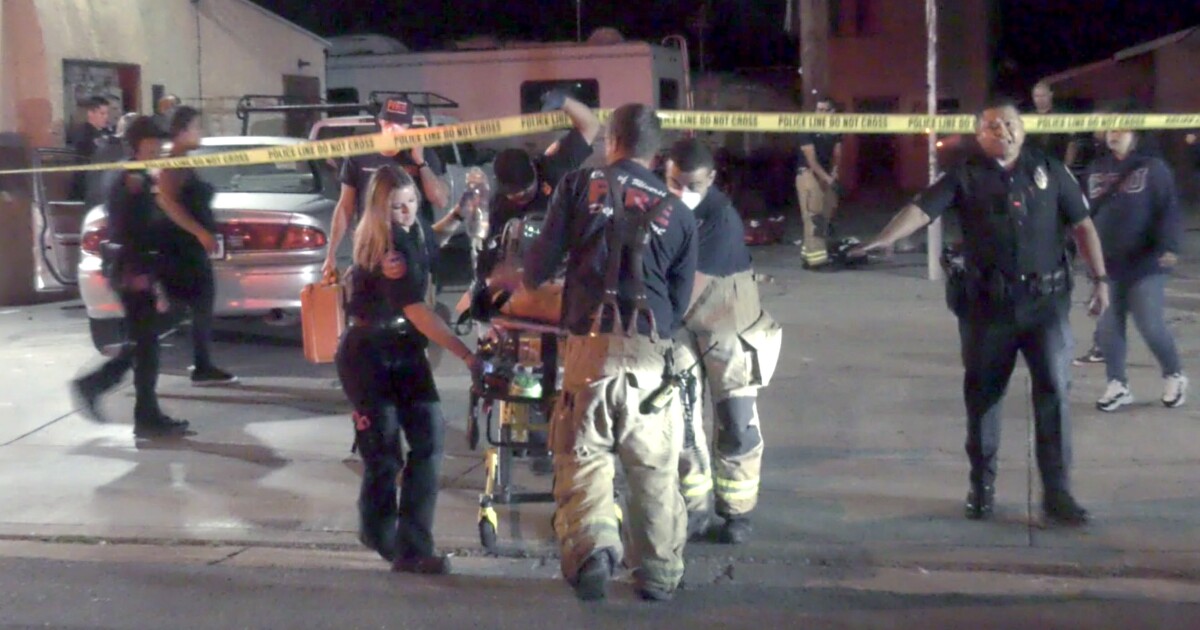 A man was fatally shot early Friday near the scene of a memorial in Riverside where two other people were killed this week, authorities said.

The unidentified victim, described as being in his early 20s, was shot about 12:40 am while visiting a vigil for victims of the earlier shooting on Pierce Street, near La Sierra Avenue, said Riverside Police Officer Ryan Railsback.

The man was shot in the head after an argument with another person, who pulled out a gun and fired at the victim several times, Railsback said.

The gunman remains at large and it is unclear if the incident is connected to the earlier shooting this week.

On Wednesday, two men were fatally shot and another wounded about 2 am at a home in the 11100 block of Pierce Street, police said. One man was pronounced dead at the scene and another was taken to a local hospital and is now stable.

Officers discovered the third victim when they were flagged down by a motorist at a freeway overpass about 15 minutes later, Railsback said. The injured man was in the passenger seat of the vehicle.

The driver of the vehicle told police that the man was at the same property on Pierce Street where the other victims had been shot, Railsback said. Officers performed CPR on the man before he was taken to Riverside Community Hospital, where he later died from his injuries.

It is unclear how the three men knew each other and whether one might have been the shooter, police said.

Both shootings remain under investigation.