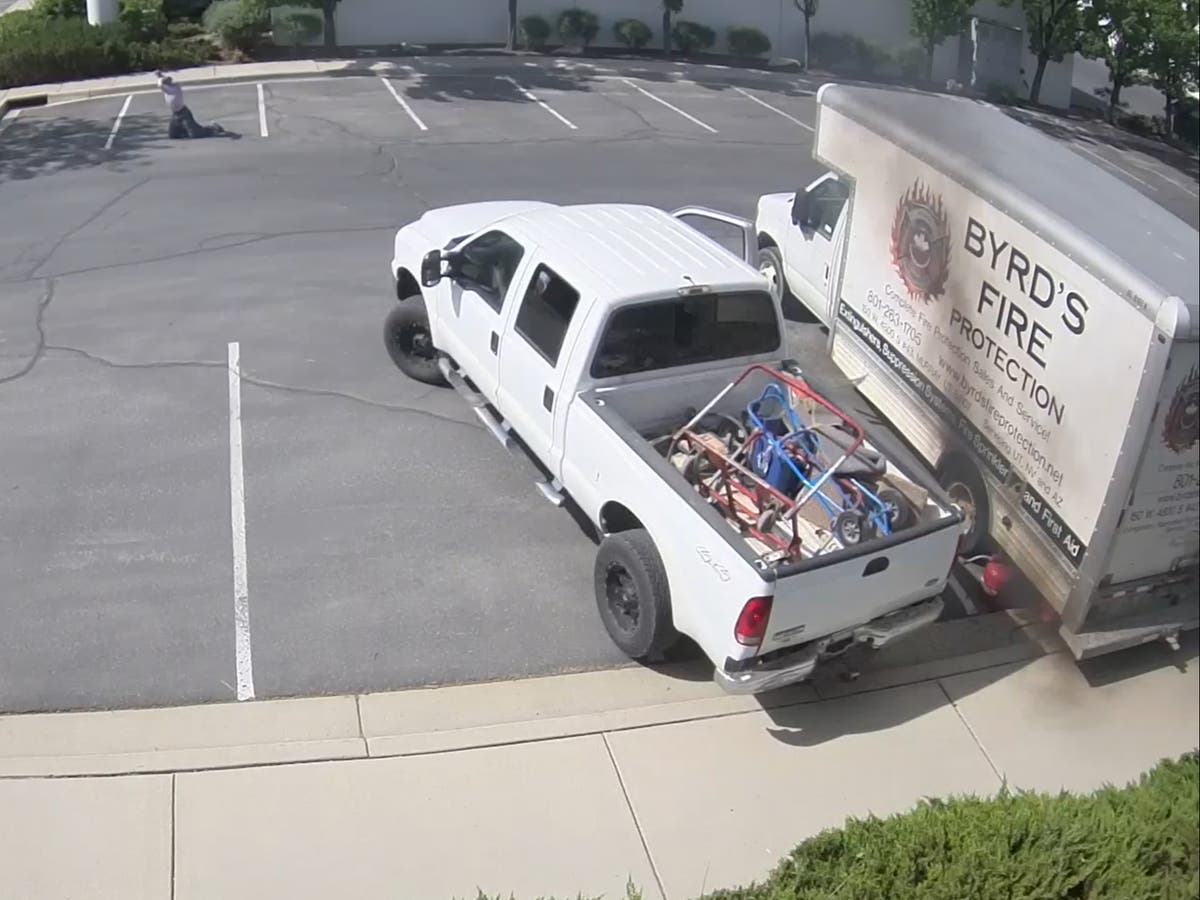 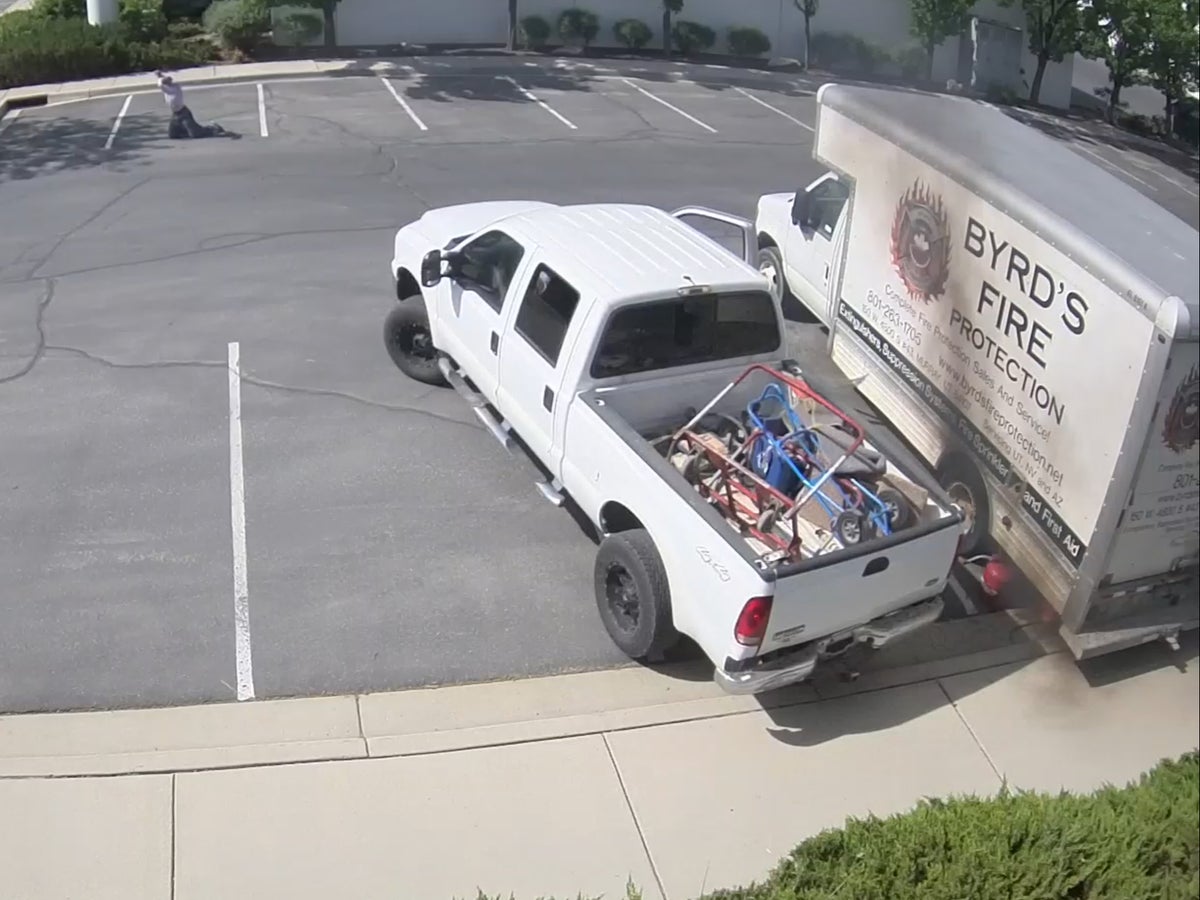 A man who allegedly tried stealing gasoline from a Utah business has been caught on video bursting into flames.

The incident involved a security business, Summit Fire and Protection, who said it was targeted by two groups of thieves on Saturday.

The first thief syphoned some of the gasoline from a company vehicle after removing the catalytic converter, the business told KSL-TV on Wednesday.

Not long after, another alleged thief appeared at the company’s parking lot and began attempting to siphon what was left of the gasoline. He soon came into trouble.

“The guy tried to siphon gas out of it and he wasn’t getting the siphon to work,” said store manager Travis Mills. “So, I have decided to drill the gas tank, and that’s when he caught on fire.”

A surveillance video shared with the local news station showed a man underneath the Summit Fire and Protection van before he suddenly burst into flames.

The man dropped to the ground and rolled across the car park in an attempt at putting out the flames. An accomplice subsequently picked him up in a truck and the pair drove off.

“The reason why he’s fleeing is that, if there were more gas in it than a gallon, this thing would have absolutely turned into a bomb,” Mr Mills said. “It’s sad because times are tough for a lot of people, but it’s not worth the $5 that he would have saved for the injury that the guy sustained.”

“Some people try to take the easy way out of everything,” Mr Mills added of the incident, which is not the first alleged gas theft at his business.

It comes amid record gas prices in the US, where a gallon currently costs about $5.

That figure is even higher than during the global energy crisis in the 1970s, and has been blamed on both inflation and post-pandemic supply chain problems, as well as Russia’s war on Ukraine.

“Unfortunately, given the gas prices in the valley and nationwide, we are seeing an increase in gas theft,” said Salt Lake City Fire Marshal Division Chief Tony Allred.