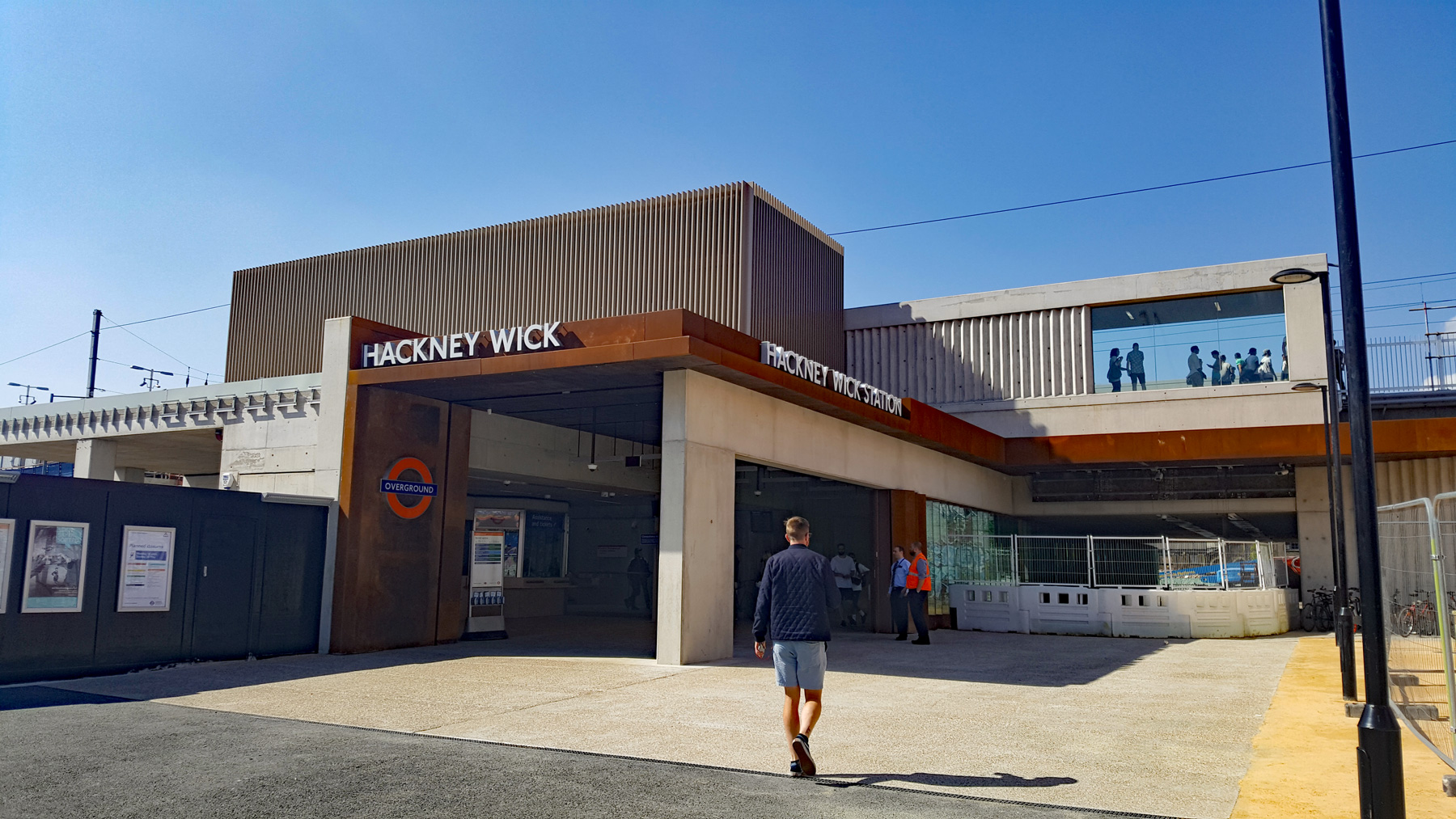 The image above is from May 2018: Hackney Wick’s brutalist new London Overground station opens

Plans to upgrade Leyton tube station in East London have received a boost after the Mayor of London approved additional funding to complete design work on the plans for the station. ianVisits

The Elizabeth line trains running through the core tunnels averaged service reliability of 97.8% over the first five days of service, with 100% delivered for three of those five days. ianVisits

All Greater Anglia train lines between Ilford and Stratford were been blocked after a line-side fire, causing cancellations and delays to the trains on Saturday afternoon Essex Live

TfL says that it is bringing forward the launch of London Overground services on the extension to Barking Riverside, ianVisits

This weekend there will be a chance to see a steam locomotive on the DLR — as a 150-year old engine will be on display at Poplar DLR depot. ianVisits

A new splash of color has brightened up a corner of Camberwell – thanks to the influence of artist Anish Kapoor. South London Press

The image above is from May 2018: Hackney Wick’s brutalist new London Overground station opens

This website has been running now for over a decade, and while advertising revenue contributes to funding the website, it doesn’t cover the costs. That is why I have set up a facility with DonorBox where you can contribute to the costs of the website and time invested in writing and research for the news articles.

It’s very similar to the way The Guardian and many smaller websites are now seeking to generate an income in the face of rising costs and declining advertising.

Whether it’s a one-off donation or a regular giver, every additional support goes a long way to covering the running costs of this website, and keeping you regularly topped up doses of Londony news and facts.