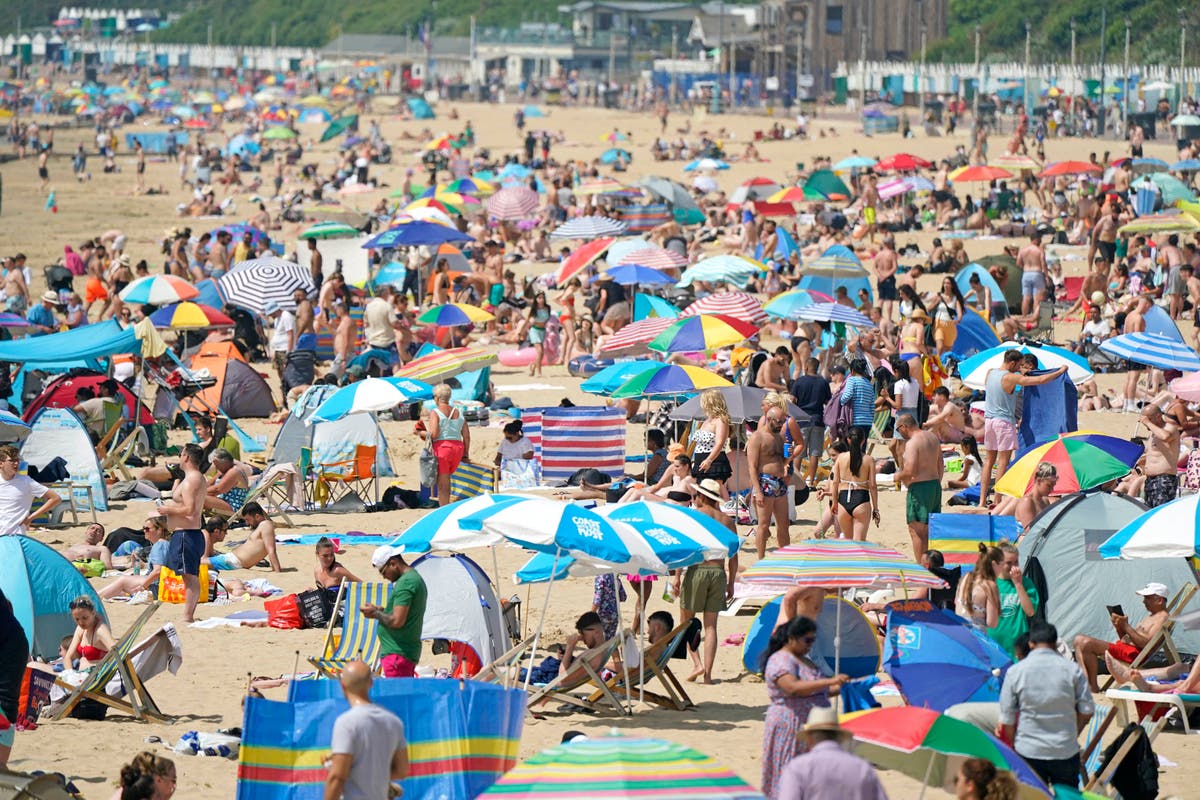 The UK has recorded its hottest day of the year for the third day in a row.

A high of 30.3C was recorded at Heathrow – though the mercury is expected to climb further later on.

It beats the peak of 29.5C recorded at Northolt on Thursday.

While a high of 34C is expected today, the Met Office’s forecast states that temperatures will range between 20-29C from 8pm to 7am tomorrow.

According to the BBC’s Nick Miller, temperatures today will exceed 2020’s summer high of 32.2C.

The mercury levels may even approach the hottest June day on record of 35.6C in Southampton in 1976, he reports.

Gatwick bosses are to cap the number of plans that use the airport in July and August to avoid a repeat of the “cancellation chaos” that ruined the trips of thousands of holidaymakers over the Jubilee weekend.

Schedules will be trimmed to manageable levels that should prevent “on the day” cancellations at the airport over the summer peak.

July daily departures and arrivals will be limited to 825 rising to 850 in August. Previously Gatwick was planning to handle up to 900 flights on the busiest August days.

More railway workers to be balloted over strikes

Away from the scorching heat, more railway workers are to be balloted for strikes in escalating disputes over pay and jobs, increasing the threat of a summer of travel chaos.

The Transport Salaried Staffs Association (TSSA) served notice to ballot hundreds of workers at Southeastern, saying it was demanding a guarantee of no compulsory redundancies, no unagreed changes to terms and conditions, and a pay increase which reflects the rising cost of living.

The ballot closes on July 11 and strike action if voted on, may commence from July 25.

SSA general secretary, Manuel Cortes, said: “Our members at Southeastern are seeking basic fair treatment in the teeth of a crippling cost-of-living crisis.

“Rail workers were hailed as heroes in the pandemic and now they deserve a real terms pay rise which keeps pace with inflation, rather than shouldering the burden of the Tories’ economic meltdown.

“Our demands are simple – pay which reflects the times we live in, a deal which delivers job security, and no race to the bottom on terms and conditions.”

NHS patients in England are being urged to plan ahead for appointments as rail strikes are set to cause travel chaos next week.

Speaking ahead of the strikes, the NHS’s top doctor reminded people that “the NHS remains open” as he called on people to seek care when needed.

Millions of people are seen and treated in the NHS every week.

Due to the striek action between June 21-26, Thameslink has advised to only travel if necessary.