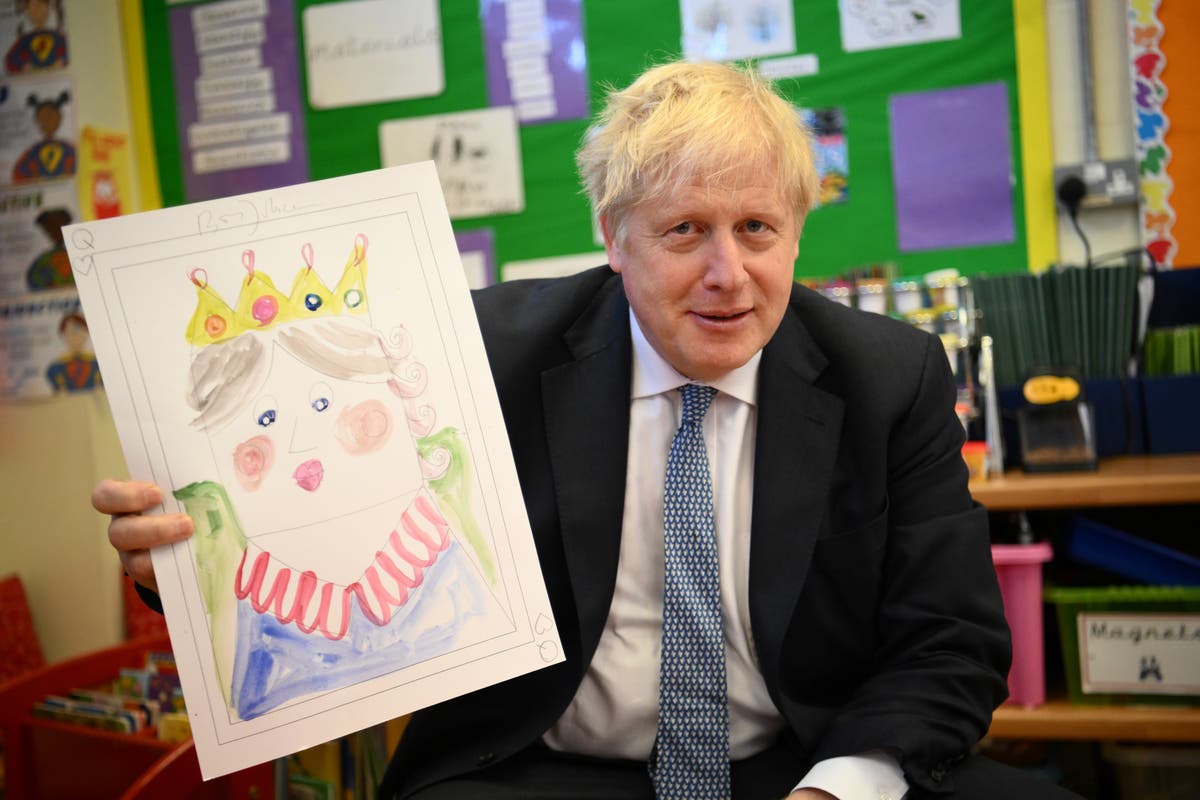 Oris Johnson has admitted that the Conservatives had a “tough night” at the local elections as Labor captured the Tory strongholds of Westminster, Wandsworth and Barnet in London.

The prime minister said he took full responsibility for the results as Sir Keir Starmer’s party prevailed in a series of areas long held by the Tories in the capital.

Wandsworth had been a Tory stronghold for 44 years and was seen as the ‘jewel in the crown’ for the party, while Barnet and Westminster had never been held by Labour. London Mayor Sadiq Khan hailed the Wandsworth win as a “historic, joyous night for Labour”.

Reacting to the results on Friday morning during a visit to a school in his Uxbridge and South Ruislip constituency, Mr Johnson told reporters: “It is mid-term. It’s certainly a mixed set of results.

However, while Sir Keir Starmer’s party gained ground in the capital there was a mixed picture elsewhere with the loss of Hull to the Liberal Democrats but success in the new Cumberland authority.

Early results for the Scottish Conservatives in local elections have been “really disappointing”, one of the party’s frontbenchers at Holyrood said, adding the Tories will “lick our wounds and move on”.

Speaking to the PA news agency from the Edinburgh count, Miles Briggs said the party has suffered from protest votes – with some supporters choosing to stay at home rather than back the Tories at the ballot box.

He also said the partygate saga, which saw the Prime Minister, his wife and Chancellor Rishi Sunak fined for a Downing Street gathering during lockdown, was partially responsible for the drop in support.

“Some seats which we won five years ago we are now holding, which is really good to see,” he said.

“From the work I did yesterday with my activists here in Edinburgh, it’s quite clear that people weren’t going to go to vote.”

Veteran Tory MP Sir Roger Gale said the time has come for Boris Johnson to go following a poor set of results in the local elections.

He said: “I was, as you know, not in favor of a leadership challenge in the middle of a war, but two things have happened: one, it’s now clear, I think, that the hostilities in Ukraine are going to be prolonged ; and second, in a sense what Roger Gale thinks is immaterial because this movement has got a life of its own now – it may become an unstoppable tide.”

Asked if he would say it was now time for Mr Johnson to go, regardless of whether an “interim administration” could be established in light of the Ukraine crisis, Sir Roger said: “Yes. I think so. I would.”

Pictured: PM poses with his portrait of the Queen at Ruislip school

The Labor party’s results in the local elections have been “underwhelming”, left-wing campaign group Momentum has said.

Mish Rahman, a member of Labour’s National Executive Committee, said: “From partygate to the Tory cost-of-living crisis, these local elections were a golden opportunity for Labour.

“We’re delighted by gains in London, where Momentum members played a key role on the ground and as candidates, but these first results from the rest of England are distinctly underwhelming.”

Prime Minister Boris Johnson has admitted that the Conservatives had a “tough night” at the local elections.

Asked by broadcasters during a visit to a school in his Uxbridge and South Ruislip constituency if he took responsibility for the results, Mr Johnson said: “Of course”.

He added: “It is mid-term. It’s certainly a mixed set of results.

Sir Ed Davey, the leader of the Liberal Democrats, has told supporters gathered in Wimbledon that the “tectonic plates of British politics are shifting” as he hailed his party’s success in the area.

”I think the tectonic plates of British politics are shifting and now it is up to Conservative MPs to shove the Prime Minister into the abyss,” he added.

Britons trust Labor over Tories in all policy areas – poll

Some encouraging news for the Labor party as a poll reveals they are more trusted than the Conservatives on every single policy area.

This includes the NHS, the economy and tackling crime.

The poll, conducted by Redfield and Wilton Strategies, found that just under a fifth (19 per cent) of Britons trust the Conservatives with the NHS, while around a quarter (24 per cent) trust the party to tackle crime.

This compares with 44 per cent and 34 per cent for Labor respectively.

Opposition to Low Traffic Neighborhoods could be seen as the “dog that didn’t bark”, a thinktank chief has suggested.

While Enfield’s Labor group, which provoked criticism from some residents after introducing LTNs, had its overall majority cut from 29 to 13 seats, in other areas of the capital, candidates standing on anti-LTN platforms failed to make much headway.

Nick Bowes, chief executive of the Center for London thinktank, said that opposition to LTNs “seemed like the dog that didn’t bark” and could embolden councils to accelerate projects that reallocated road space away from vehicles.

London Tory MP: Confidence may be restored with change in leader or change of plan

Conservative MP David Simmonds said confidence may be restored in the Government through a change in leader.

The MP for Ruislip, Northwood and Pinner has said his party must ensure it is acting “in the interests of the country” after it lost a number of flagship councils in the capital.

However, I have suggested a leadership change was not the only option, adding that the PM “deserves the chance to show that he’s got some ideas – and I look forward to hearing what they are”.

Mr Simmonds told the PA news agency that Mr Johnson pledged he would take “full responsibility” for the local election results, and he “needs to address that”.

“He needs to find a way to restore confidence in the Government and I think there’s a number of ways he might do that,” he said.

“A change of leader would be one of them. Alternatively he needs to demonstrate what the alternative plan would be.”