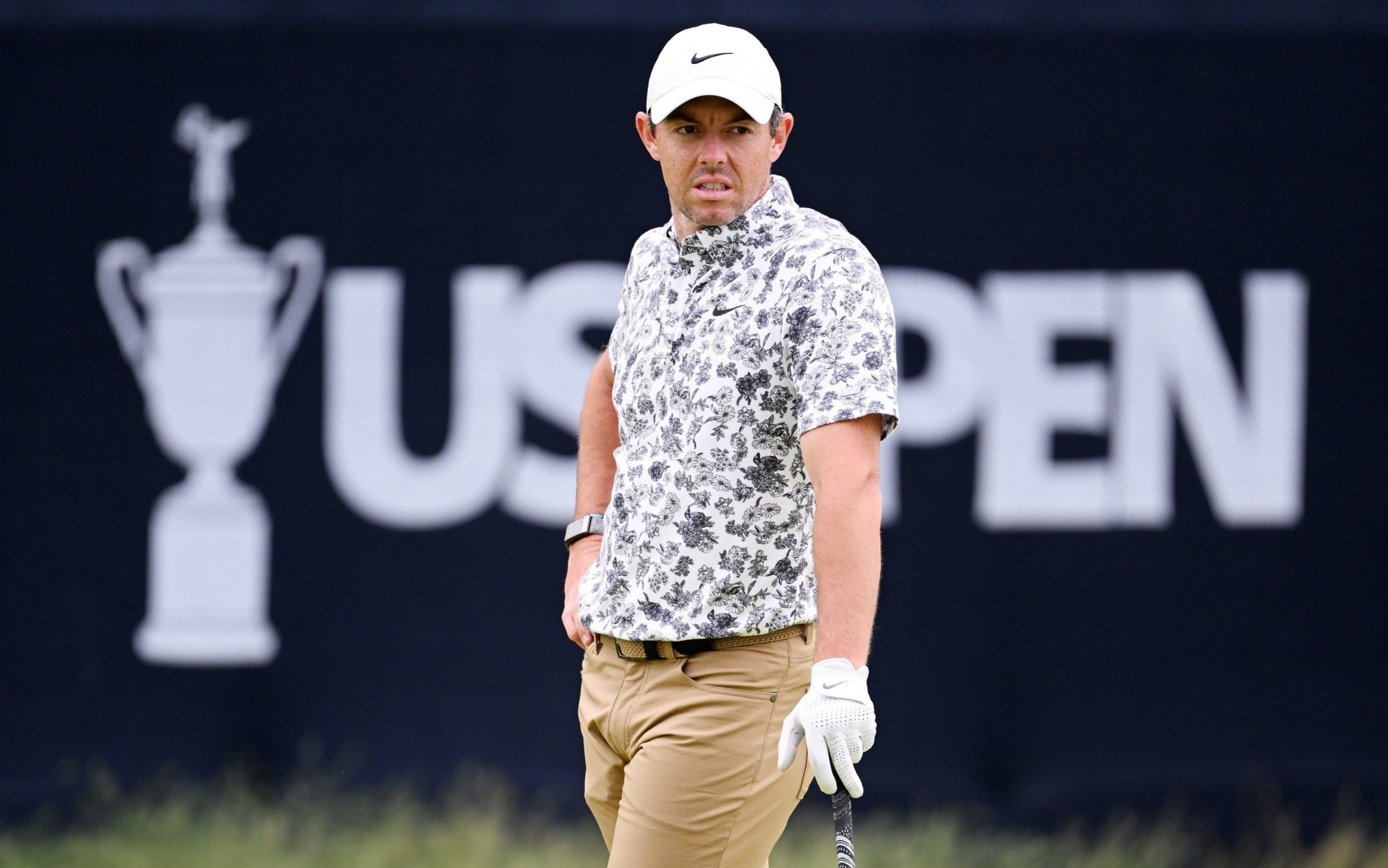 AAfter months, weeks, days, hours of incessant debate about the rights and wrongs of the Saudi rebel series some actual golf broke out on Thursday, and it was a round packed with enough action for people to forget, momentarily, that the sport is engulfed in civil war.

Over the past few weeks Rory McIlroy has emerged as the face of the anti-LIV Golf faction and yesterday two tantrums, four birdies and just the solitary bogey again illustrated that if it’s pure box office you want the Northern Irishman and, by extension, the PGA Tour still has it in spades. It’s the second best running the world No 3 has started well and after a three-under 67 he lies just one back of first-round leader Adam Hadwin.

McIlroy is without a major since 2014 and is focused on ending the drought at Brookline.

“It’s been eight years since I won a major, and I just want to get my hands on one again,” he said after his round.

For so long it was his performances in the first rounds of majors that hampered him. Now for the second major running McIlroy is prominent on the leaderboard after 18 holes. But he’ll know as much as anyone that with 54 holes to go he still has much to do, and after the US PGA Championship a month ago, when he fired a first round 65 but finished back in eighth, the four-time major winner knows he has it all to do to win No.5.

McIlroy is in a five-way tie for a second, with Matt Fitzpatrick and Justin Rose two of seven on two-under.

One name prominent on the leaderboard but not known to many is Callum Tarren. The 31-year-old from Darlington shocked himself by shooting the same score as McIlroy. Having played on the China Tour and the Korn Ferry Tour in the US he isn’t known to many in the UK but another round like the 67 from yesterday will make people sit up and take notice.

“I’m kind of pinching myself,” he said, after his fine opening 18 holes.

Of the rebel golfers Dustin Johnson was the most impressive, the American shooting a two-under 68. For the most prominent LIV golfer, Phil Mickelson, it was a day to forget. The six-time major winner shooting a forgetful eight-over 78.

He’s among the early starters so stay here for all the day’s action.