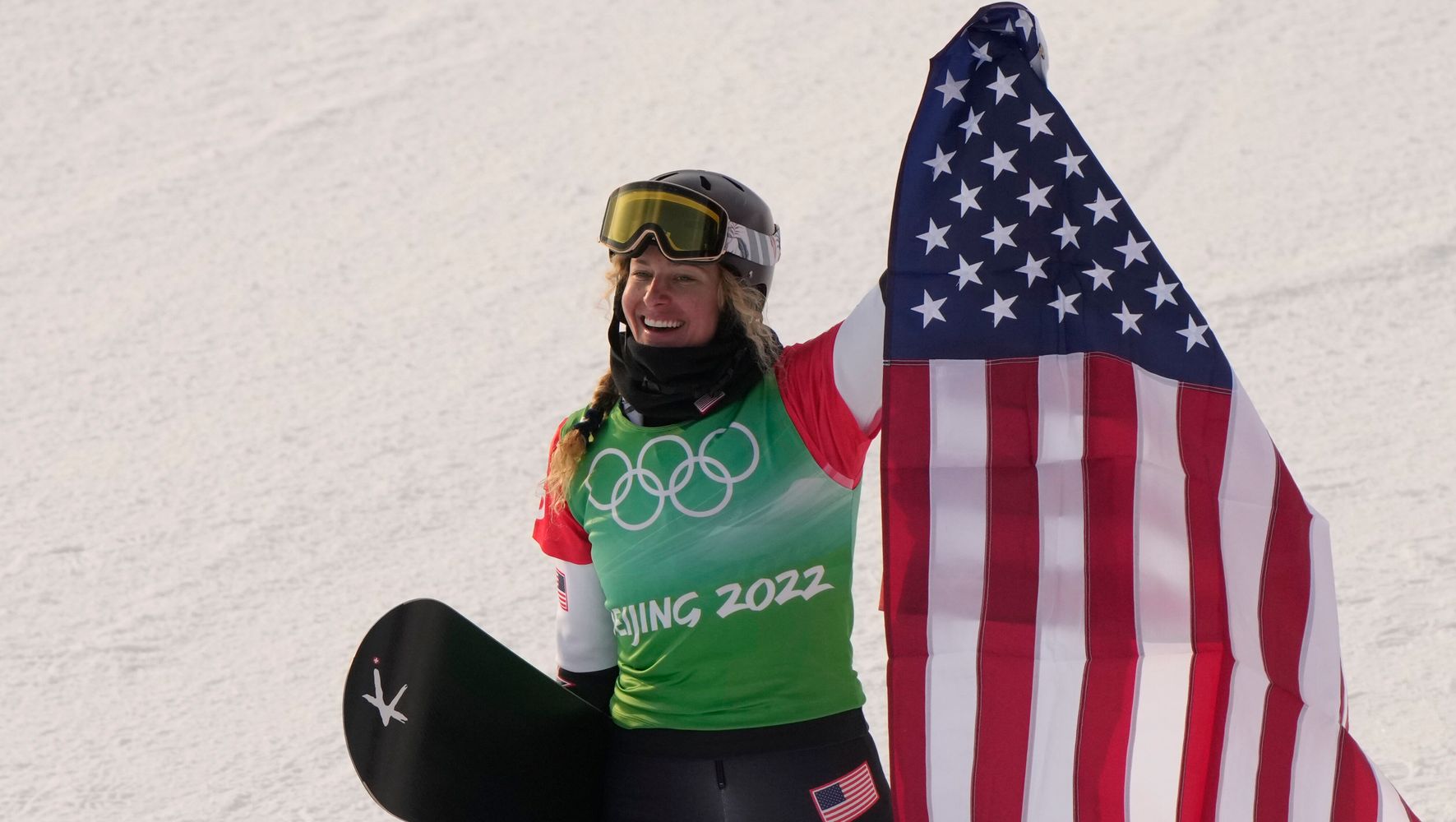 ZHANGJIAKOU, China (AP) — Lindsey Jacobellis captured the United States’ first gold medal of the Beijing Olympics on Wednesday, riding hard to the line in her snowboardcross final a full 16 years after a mistake cost her the title.

The victory came after America’s top racer, skier Mikaela Shiffrin, skidded out and failed to finish the first run of the slalom, making her 0 for 2 in Beijing.

Up until Wednesday, Jacobellis was best known for taking a massive lead into the final jump at the 2006 Turin Games but pulling on her board in a showboat move as she road over the crest, then falling and setting for silver.

This time, she road hard all the way to the line, beating Chloe Trespeuch of France, then covering her heart with her hands as she slowed down. Meryeta Odine of Canada won the bronze.