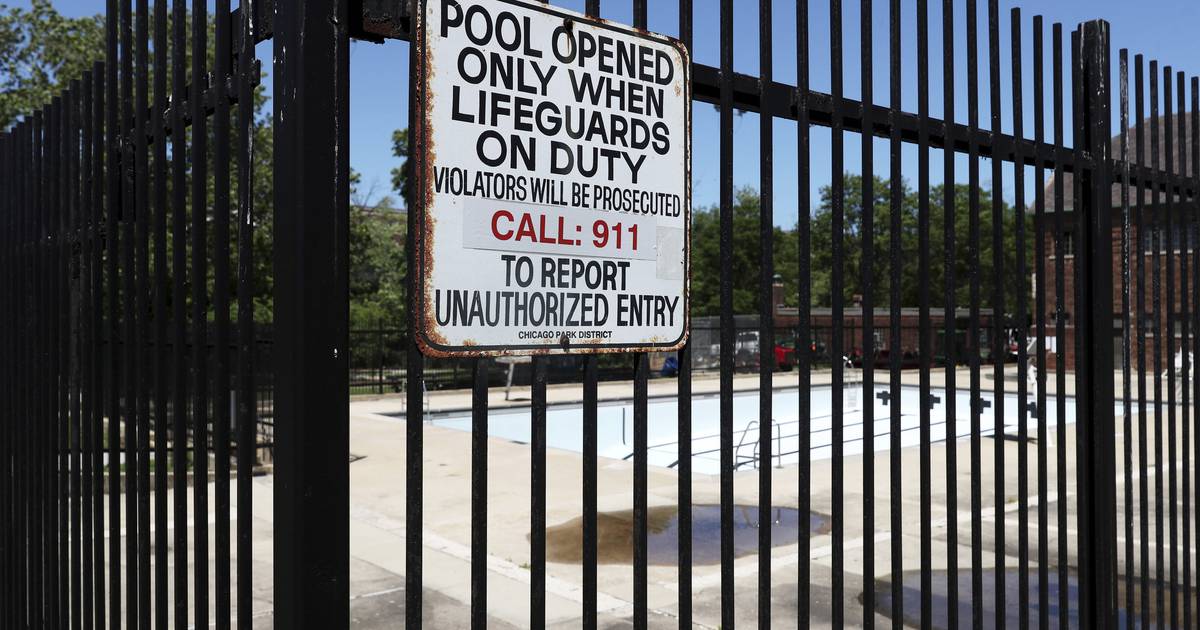 Despite the record-breaking high temperatures that have hit the city in recent days, Chicagoans will not be able to enjoy the cooling relief of public pools until after the long Fourth of July weekend, according to a source familiar with the Park District’s plans.

Pools were initially expected to open for the summer June 24, but Chicago Park District officials had warned that a nationwide lifeguard shortage could affect pool openings.

For city residents like Carla Lopez, the news is frustrating.

“It’s already affecting us because it’s, like, 100 degrees and we can’t get in there yet,” said Lopez, who often takes her 11-year-old daughter, Amaya, to public pools in the summer to cool down.

They are among the many locals who won’t be able to do so for at least 10 more days.

Park District spokesperson Michele Lemons did not return multiple requests for comment, but a source confirmed to the Tribune that pools would be delayed opening until July 5.

The lifeguard shortage has been attributed to reduced in-person training required for certification and to increased travel restrictions that have made it harder for international students to come work as lifeguards in Chicago during the summer.

The current hourly wage for district lifeguards is $15.88. But a $600 bonus would bring the wage up to $17.08 an hour, according to the Park District website.

Other incentives to fill the vacancies include a $500 bonus for district employees who refer candidates to work as lifeguards during the summer, a waived city residence requirement for qualified summer lifeguards and the chance to secure a job for the rest of the year after the season ends .

Ald. Raymond Lopez, 15th, expressed disappointment in what he called a lack of preparation that has led to the delayed openings.

“We all know in Chicago, it gets hot in June. We know when the pools are supposed to be open. We know all of this in advance. And yet, here we are,” said Lopez, who is running against Mayor Lori Lightfoot. “The pools are empty. Our youth have nowhere to go.”

With city pools not opening for a while longer, some Chicagoans might choose to rely on public pools in the suburbs to beat the heat.

“I don’t think we’ve been overly impacted by the Chicago pools as of yet. But I think if this heat wave continues, that might change,” said Scott Runkle, risk management and special facilities manager at the Skokie Park District.

The Skokie Park District’s pool has been at about 80% capacity, I added.

But traveling to the suburbs is not feasible for all residents, Carla Lopez said.

“Living in Chicago, we prefer the pools around us to be open because it’s harder to get to the suburbs,” she said.

She doesn’t have a car, which complicates these trips for her and her daughter, she said. Furthermore, nonresidents either have to pay additional fees or don’t receive a resident discount to use suburban pools.

So for now, Lopez and Amaya are choosing to go to the beach, a five-minute walk from their apartment complex, to cool down.

Beaches have been open since Memorial Day weekend, and Chicagoans may swim when lifeguards are on duty every day from 11 am to 7 pm