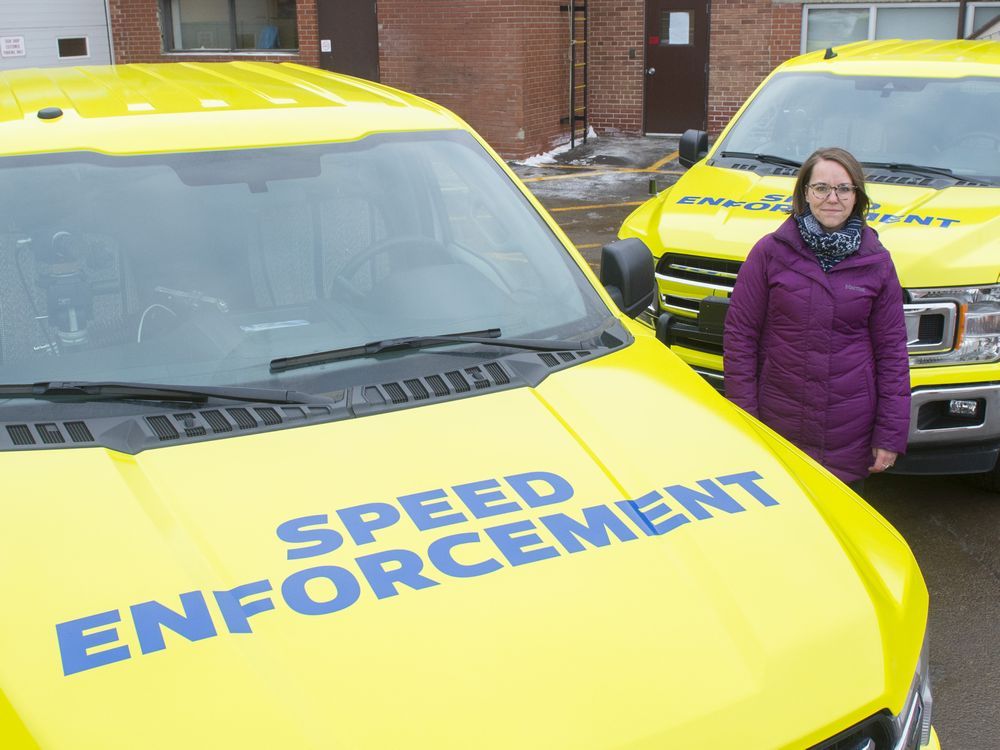 Steep cuts could be coming to Edmonton’s police and traffic safety programs as funds from photo radar dry up.

Edmonton cannot afford to continue giving police $22.3 million each year, and run traffic safety programs meant to curb deaths and injuries, solely from its traffic safety automated enforcement reserve, according to a staff report heading to a council committee this month. City administration expects the reserve, funded using photo radar purposes, will pull in $14.6 million less than budgeted from photo radar this year and end 2022 with a negative balance of $9.1 million.

With the province taking a larger share of revenues, lower traffic volumes amid the COVID-19 pandemic, fewer tickets overall, a moratorium on adding in new locations and equipment, and changes to make mobile automated enforcement more visible, Jessica Lamarre, director of safe mobility for the city, said it’s just not possible to financially sustain these programs with this reserve anymore.

“There’s no way to continue funding all those at the same rate over the next four years,” she said Thursday. “If they want to go forward with those priorities, then the funding source needs to be diversified.”

City council hasn’t decided what to do about the programs currently supported by this reserve.

Executive committee is scheduled to review the staff report and recommendations May 18. The way Edmonton Police Service is funded will also be discussed at the same meeting — the staff report on this item hasn’t yet been released.

Postmedia reached out to Edmonton Police Services but did not receive a response by deadline.

The province increased its share of revenue to 49.9 per cent from 36.1 per cent in fall 2019. Responding by email to questions about how police may face cuts because of this change, Joseph Dow, spokesman for Justice Minister Tyler Shandro’s office, said policing is vital for Albertans’ safety and the province has maintained or increased funds for law enforcement and will continue putting resources there.

“Alberta’s Government is committed to keeping Albertans safe by continuing to provide more than a half billion dollars of policing-related funding. However, funding decisions for local policing is primarily a municipal responsibility,” he wrote.

City staff would like to see stable funding for programs coming out of the safe mobility strategy, given how they were created with the community and through public feedback, said Lamarre.

For instance, another $2 million annually would fund the safe and livable community streets program, which adds street lamps and supports the new default 40 km/hr speed limits among other programs, and $3 million for safe crossings, which adds curb extension and signals, says the report. Another $1 million would go toward buying and maintaining photo radar equipment.

Coun. Ashley Salvador said traffic and street safety was a major concern she heard while campaigning. For instance, she says the street labs program has her support of her as communities can come up with innovative ways to solve issues with traffic in their neighborhoods.

How to sustainably fund these initiatives — and possibly redirecting funds from police — is something Salvador said she looks forward to discussing at committee.

“I think there’s definitely a valid conversation to be had about sort of reallocating some of those (policing) dollars and making sure that there’s an equitable funding formula in place.”

Stephen Raitz, spokesman for Paths for People, says programs helping Edmonton toward Vision Zero — a goal to have no traffic-related fatalities or serious injuries by 2032 — need to be funded.

“Edmontonians want a safer transportation system where everybody gets home safely no matter the mode that they choose,” he said. “The Vision Zero street labs program for example — people want that so bad in their neighbourhoods. For the past two years, it’s been oversubscribed. There have been so many people interested in doing tactical, small-scale changes.”

Photo radar ticket trends since 2012 show the number of violations dropping as drivers changed their behaviour, which is a “positive outcome and achieves the ultimate purpose of automated enforcement,” the report states. There’s been a 10 per cent drop every year in violations at mobile automated enforcement sites and 15 per cent drop where there are intersection safety devices.