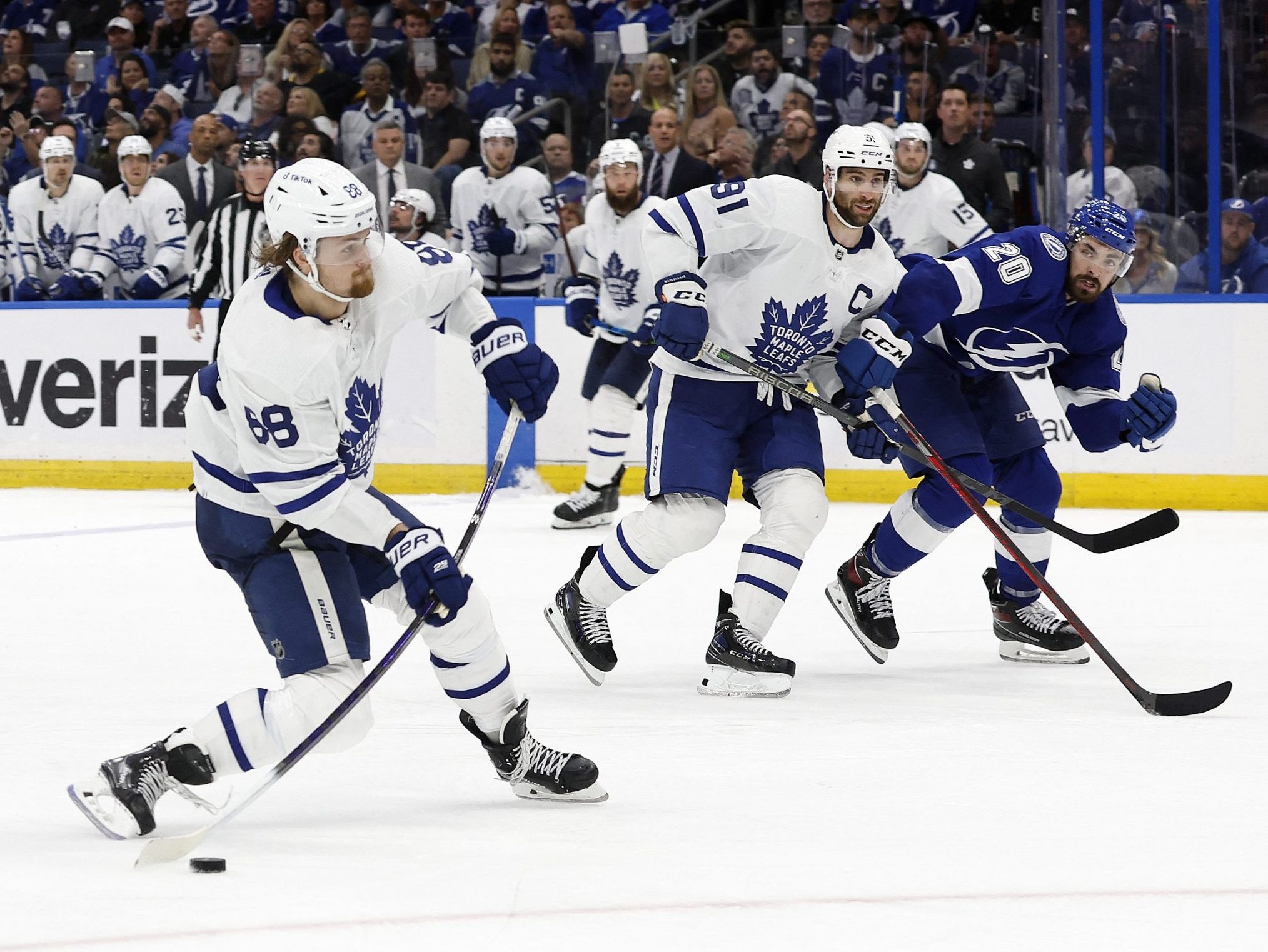 The Leafs certainly were on point with their talk on Saturday morning, hours before Game 7 against the Tampa Bay Lightning.

“The mood is great,” Leafs coach Sheldon Keefe said after the team’s full morning skate at Scotiabank Arena. “I don’t sense any nerves, I just sense confidence and excitement.”

How about Keefe’s own nerves?

“Don’t have any,” Keefe said. “This is as confident as I’ve been coaching this team.”

As Keefe should be. In getting to a deciding game on home ice against the defending two-time Stanley Cup champion Lightning, the Leafs have been fully deserving with their play through the first six games of the series. Sure, there have been hiccups, but Tampa, with more experience in winning, will tell you it has not played perfect hockey at times either.

The winner of the best-of-seven first-round series will face the Florida Panthers in the second round after Florida eliminated the Washington Capitals in Game 6 on Friday night.

This Leafs core has not moved past the first round in the past four years, and it didn’t in 2017 before Captain John Tavares was part of the group.

So why does this team, which is 0-8 in its past eight elimination games with the same nucleus of players, think it will bring a different outcome tonight?

“The confidence that I have, it’s because of how we’ve played in the series,” Keefe said. “Part of it is how we have played all season long and how we responded to challenges, but a lot of the confidence has grown through the series.

“You don’t know how the outcome of the game is going to go, but the opponent is going to be just as confident, I would think, as we are.

And with the hard lessons learned in do-or-die games in recent years. In Game 7 last spring, the Leafs didn’t have much against the Montreal Canadiens and lost 3-1. Two years ago in the bubble against Columbus in the qualifying round, the Leafs were shut out 3-0 by the Blue Jackets in the deciding Game 5.

“I think we came out a little flat in those games,” winger William Nylander said. “Maybe a little bit scared to lose.

“We don’t need to be scared to lose. We’ve got a great team and the best team will win tonight.”

A crowd that will be bursting with enthusiasm could play in the Leafs’ favour, as it did when the Leafs beat the Lightning 5-0 in Game 1 and then in Game 5 when the Leafs rallied to win 4-3.

“All I can do is go off of what we’ve experienced in this series so far, and to me it has, without a doubt, made a difference,” Keefe said. “I expect it to be the same tonight. It’s going to be an electric atmosphere.

“We have to follow that up with our play. I know that our fans are going to bring it.”

The Lightning’s motivation has different roots than the Leafs. While Toronto wants to finally get past the first-round obstacle, a Tampa win would maintain the group’s desire to skate into dynasty territory with a potential third Cup in a row.

“Experience does not win you the game, but it sure can help when times are trying,” Tampa coach Jon Cooper said. “You can’t let the moment become too big. It’s hard to say it’s just another game.

“We’re not surprised how good they are. They have been knocking at the door for so long. I think they have grown as a group, I think their stars are stars. They have a really good team game and the coach does a hell of a job preparing them. The Leafs have a hell of a team.”

The fan in Cooper will gladly soak in the atmosphere on Saturday night.

“Hockey Night in Canada, Toronto playing, it’s good for the sport,” Cooper said. “You have the two-time champs, you’ve got a team rich with tradition, extremely popular in this country.

“These moments just don’t come around that often. It’s a must-see TV if you’re at all a hockey fan or any sort of sports fan. It’s an exciting time. I’m fortunate I get to have a front-row seat to it.”

The projected Leafs lineup for Game 7: