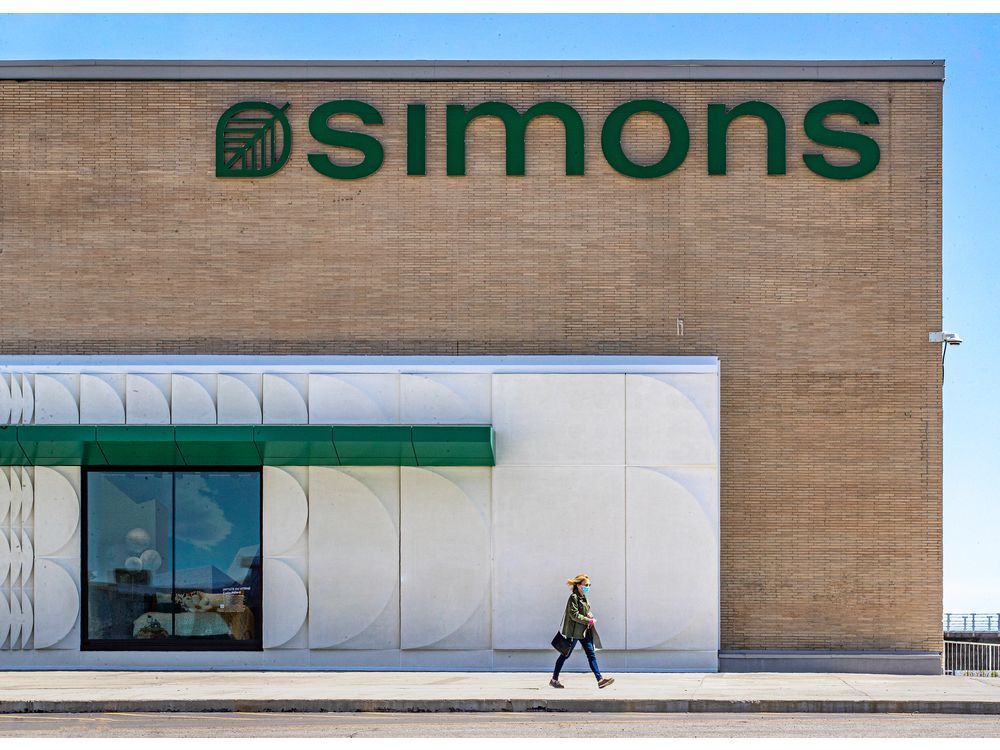 The West Island finally has its first Maison Simons store.

The newest Simons location opened Thursday at the Fairview shopping center in Pointe-Claire with a ceremonial ribbon-cutting ceremony,

Bernard Leblanc, president and CEO of La Maison Simons, became emotional while addressing the crowd assembled outside the store entrance at the western end of the mall.

Leblanc said the event held special meaning as it was his first store opening since being appointed by Peter Simons to lead the 182-year-old company in March.

Leblanc, 52, said it was also personally moving because he grew up in Pointe-Claire and Kirkland.

“This is part of my turf,” he said. “I grew up in the West Island, just steps away. It meant a lot to me and I’m a natural guy so I speak from the heart.”

The Fairview location is the fifth Maison Simons in the Montreal area. There are now 16 in Canada, including 10 in Quebec, two in Ontario, three in Alberta; one in British Columbia.

The new 91,000-square-foot store occupies the former Sears box location. When Fairview first opened in 1965, the location was home to the Eaton’s department store. At that time, Simpson’s was located at the opposite of the end of the mall, where The Bay is now.

Simons invested $26.5 million to redesign the space from top to bottom. The renovation includes art, including a work by Vancouver artist Brendan Tang entitled Pareidolia, which is suspended above the staircase in the store’s rear lobby.

“Nobody should recognize the old Sears location here,” Leblanc said. “We’ve redeveloped the site and put a lot of attention into the design and presentation of the space. Our architecture is central to each Simons store location.”

Leblanc said the store was originally slated to open a year ago, but the pandemic delayed those plans. “It was initially supposed to open in the fall of 2021. So we pushed it off and pushed it off.”

Peter Simons said the Quebec City-based company has been eyeing the West Island as a possible location for 15 years.

“What I really like is how it has evolved in terms of the tech industry. It’s an exciting part of Montreal right now.”

Simons is also conveniently located near a future REM station and STM bus terminal. Cadillac Fairview also has plans to develop the parking lot area outside with residential buildings, which could generate more foot traffic for the mall, located near Highway 40 and St-Jean Blvd.

“Strategically for us, the fact that the REM station is at this end of the mall as well, the fact that there is planned redevelopment as well., westward… I think the timing is right. We’re here for the long haul.”

The new store will create nearly 200 jobs and Leblanc is bullish on brick-and-mortar retail.

“While online shopping has grown tremendously in recent years, the resurgence of in-store sales is a clear indication that consumers want to enjoy a hybrid shopping experience and the in-store experience remains essential. That is why we are confident we made the right choice in opening this new location,” he said.

The store signs are French only, in keeping with Maison Simons’ practices in Quebec.

“As for all our stores in Quebec, we’ve decided to remain focused on French signage,” Leblanc said. “However, through our app, all of the information can be scanned, from the price ticket or from the signage information and access to English information though the website,” he said

“All of the staff are prepared and ready to speak the language of choice for our clients. Obviously, we’ll welcome them in French or English, to their choosing.”

Simons is known for its fashion and its newest store carries exclusive collections for men and women. It also carries home fashions for the bathroom, kitchen and bedroom.

“We have national brands but we also do a lot of design here in Quebec,” Peter Simons noted.

The Maison Simons company, founded in 1840, is “deep-rooted in its Canadian heritage,” Leblanc said.

“The Simon’s family has been there for five generations now, so they’re very proud of their Quebec roots. At the same time, there is also a Canadian connection.”

Leblanc has fond memories of shopping at Fairview when he was younger.

“I was like every other teenager. Come and walk the mall and spend some time here. Things have changed and they haven’t at the same time. It’s nice to be back in Fairview.”