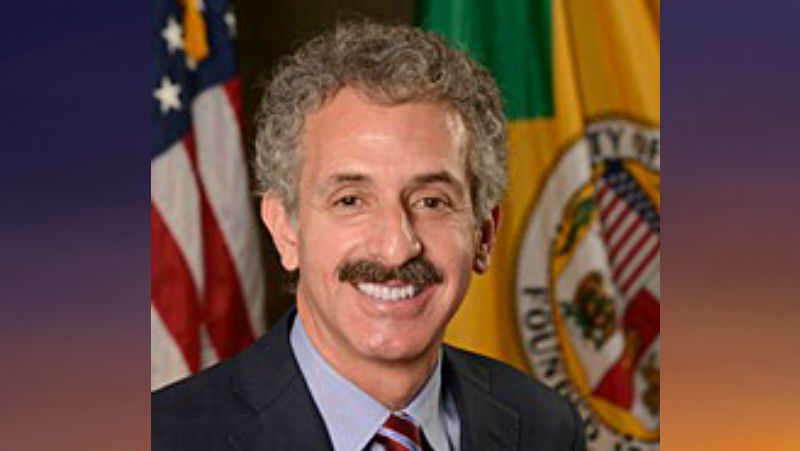 The most recent effort is a letter from City Attorney Mike Feuer to President Joe Biden urging him to agree to a “Presidential Task Force for Women’s Medical Freedom.”

“Today, with our nation already riven with division, it is not just or humane to abolish the fundamental rights of women and girls in half the states in America merely because of where they live,” said Feuer. “Those women and girls need us now.”

Feuer asked the Biden administration to create a task force to “establish and implement strategies for support women and girls in their time of need,” according to a letter Feuer sent the president.

Feuer proposed that the task force work to expand clinic capacity in states that don’t make abortion illegal, coordinate logistics and funding to provide housing and transportation for people traveling long distances seeking abortions, fund legal defense for people who need abortions and their providers who are targeted by bounty laws in states that outlaw abortions, protect medical providers in states where abortion is legal and who consult with patients in other states, expand and secure the right to send and receive abortion medications across state lines and provide resettlement support for people who need abortions in other states and fear legal repercussions when they return home.

“As I write this, states like California and Connecticut already are working on laws to strengthen abortion access and protection,” Feuer said. “In addition, some corporations are standing up to offer assistance to their workers who must travel to other states to obtain abortions. But what if you don’t live in California or work for such a company?”

Martinez also introduced a motion last month aimed at preparing the city for a possible influence of people from other states seeking abortions in California.

“A woman’s right to an abortion is crucial to our fight for equality in America,” Martinez said. “We cannot ask women to risk their lives by revoking their right to a safe medical procedure. I stand with women, California stands with women, and today, our city has reaffirmed that Los Angeles stands with and for women.”

That motion, if passed by the City Council, would direct the chief legislative analyst to coordinate the city’s response with the Los Angeles County departments of Health Services and Public Health. The CLA would identify how the city could respond to a possible increase in demand for abortions in Los Angeles in the event that other areas of the country ban abortions or enact more strict measures against them.

“We know we can’t trust the Supreme Court to protect reproductive rights, so California will build a firewall around this right in our state constitution,” the three said in a join statement Monday.

“That includes fighting for the right to have an abortion, the right to reproductive freedom, the right to privacy, the right for women to control their own bodies free of any interference from politicians. From our local level to our state to our federal level, that fight, that ferocity is on full display,” he added.