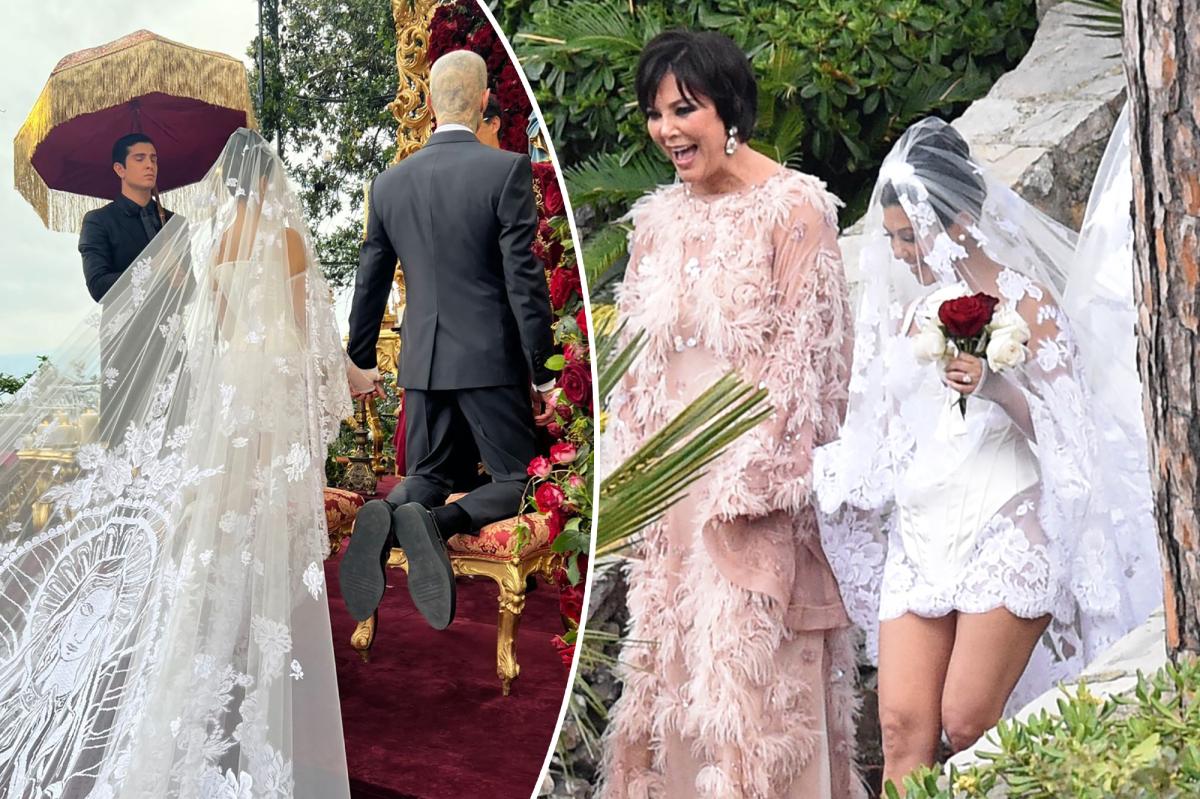 Kourtney Kardashian and Travis Barker pulled out all the stops for their third wedding celebration.

Mere days after marrying Barker at a Santa Barbara courthouse, Kardashian said “I do” to the drummer once more in a lavish ceremony in Italy over the weekend — this time wearing more traditional bridal attire.

The Poosh founder, 43, walked down the aisle at Castello Brown in Portofino wearing a stunning gown and veil by Dolce & Gabbana, with glam makeup and sheer gloves.

Meanwhile, the Blink-182 drummer, 46, looked dapper in a black suit by Dolce & Gabbana.

For last week’s courthouse nuptials, Kardashian wore a white lace Dolce & Gabbana minidress adorned with a heart-shaped embellishment, along with a hooded veil with built-in sleeves.

Barker opted for an all-black suit along with purple velvet creepers that perfectly matched his new wife’s pumps.

The couple are big fans of coordinating their clothes, having matched at this year’s Met Gala, Oscars and Grammys.

And immediately after the latter awards show in April, Barker and Kardashian “tied the knot” in a non-legal ceremony in Las Vegas wearing his-and-hers black leather jackets.

The musician proposed to the reality star in October 2021, presenting her with an enormous Lorraine Schwartz diamond ring, which the jeweler later said he played a “big part” in designing.

We’re wishing the newlyweds a long and happy life together — filled with plenty more matching moments, of course.