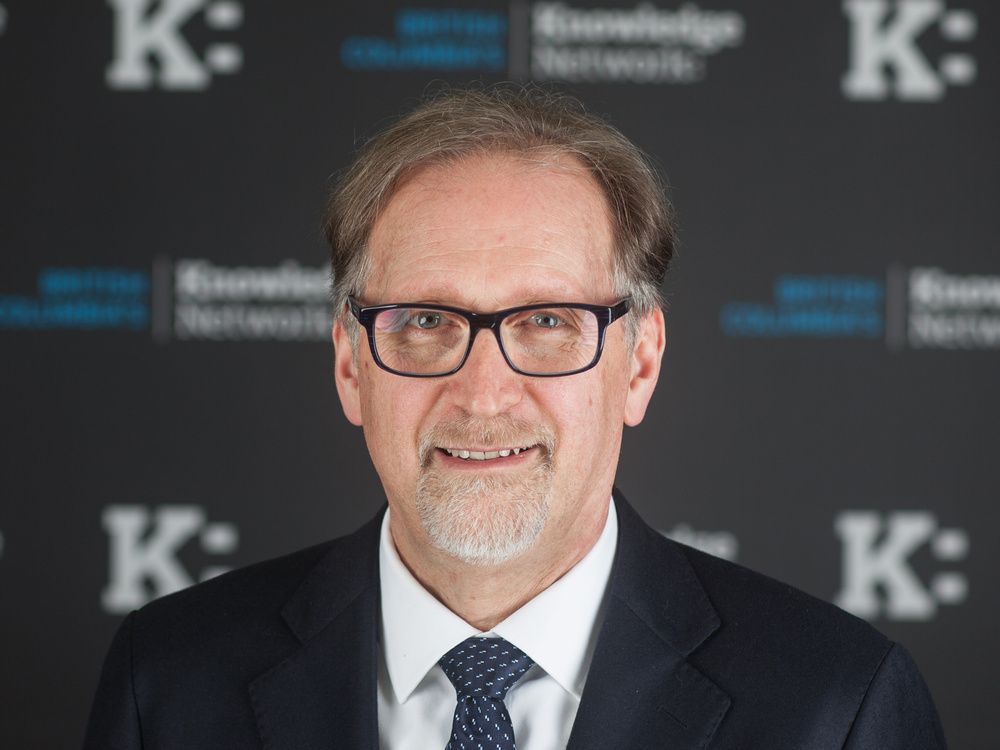 The head of the Knowledge Network, BC’s public broadcaster, is stepping down following a 15-year tenure marked by recent criticisms of the network’s “racial injustice” when it comes to funding TV projects.

President and CEO Rudy Buttignol made the announcement to his staff on Thursday morning.

“I had been emotionally ready for it for weeks and months,” Buttignol told Postmedia News, “but it hit them harder than I had thought, which was touching.”

He said he has had no contact from the Ministry of Culture, which oversees the Crown corporation, but was informed of the decision to end his contract by the chair of the board.

Lisa Pilling, communications manager for the ministry, said she was unable to comment.

Buttignol was hired in 2007 after a lengthy national and international search, said Ron Burnett, who was on the network’s board and was involved in hiring Buttignol: “He very quickly turned the network into a powerhouse.”

Burnett said the network was “in pretty bad shape” when Buttignol started because “the government had not taken care of it.”

Buttignol rebuilt the network, stabilized its budget and built a small production unit, something Burnett said the network hadn’t had before then. He also created an endowment fund — now worth about $24 million — to ensure the future viability of the network.

“He might have built something great but it wasn’t for everyone,” said Barbara Lee, executive director of the Vancouver Asian Film Festival. “There are people who are left out and left behind.”

Lee was involved in a recent audit of seven years of funding data that found TV production companies owned by Indigenous people and people of color received less than two per cent of all funding provided by the Crown corporation.

Buttignol expressed “serious reservations” about the audit and said it didn’t tell the whole story.

“These numbers implicate Knowledge Network in a system of racial injustice that has hampered the careers of a generation of Indigenous, Black and racialized filmmakers,” Nilesh Patel, of the Documentary Organization of Canada’s BC, Yukon and Northwest Territories chapter, said in a statement at the time.

After the audit, the Knowledge Network said that it would take “immediate action to address this substantial gap,” including adding diversity quotas “over the next three years” to improve access for “equity-deserving filmmakers.”

Knowledge Network was nothing short of equitable,” said Chamkaur Cheema, who served on the network’s board for six years ending last December. “We took diversity and equity very seriously.”

Cheema said “there was no question” that Buttignol and staff recognized “there was work to be done” to improve equity: “Rudy really has the interest of the network at heart.”

Buttignol cited projects like British Columbia: An Untold History, and Luna, Chip & Inkie as examples of what the network can accomplish.

“I’m most proud of the fact that we’ve become both self-sustainable and incredibly popular on very modest fees,” he said.

Lee called Buttignol’s resignation “inevitable,” saying she understood that the “complex and nuanced work” on equity is difficult “and not for everyone.”

“Broadcasters across the country are watching Knowledge Network’s next steps,” Lee said. “We in BC have an incredible opportunity to be bold and show the rest of Canada how racial equity and inclusion can benefit the entire broadcast and media ecosystem for all and not just a few.”