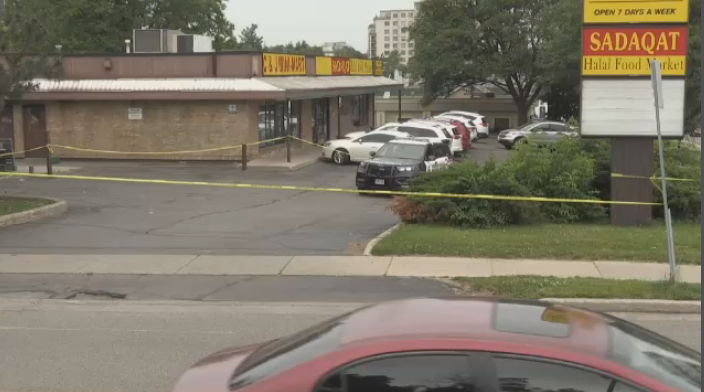 A section of Belmont Avenue West was closed for several hours on Thursday as police investigated a shooting.

The incident is believed to have happened around 12:30 am A few hours later, more gunshots were reported in the south end of the city.

No injuries have been reported in either incident and no arrests have been made.

CTV News learned one of the shots fired on Belmont Avenue struck a sedan parked on a residential property.

The owner of the vehicle, who did not want to be named, told CTV News he heard four gunshots outside his door around 12:30 am, and saw a man running down his driveway while a white SUV turned onto Belmont Avenue West toward Victoria Street and sped away.

The witness said he and saw the man drop an article of clothing and a pair of flip flop sandals while running away.

As of 12:30 pm a section of Belmont Avenue West was closed to traffic for the investigation. Portions of the residence involved and a parking lot on the other side of the street were taped-off by police.

The road reopened around 2:30 pm

Nearby resident Edmond Bestarache said he heard the gunshots as they happened, and the incident makes him question if he wants to continue living in the area.

“I heard ‘boom, boom, boom’, I thought it was fireworks. Then all of a sudden I hear a ‘ching’ and I go ‘wow, that’s not a firework,” Bestarache said. “I’m thinking about going to New Brunswick anyway in a couple years, but it might be sooner, if you catch my drift. It’s a scary neighborhood.

There are no injuries reported as a result of this incident.