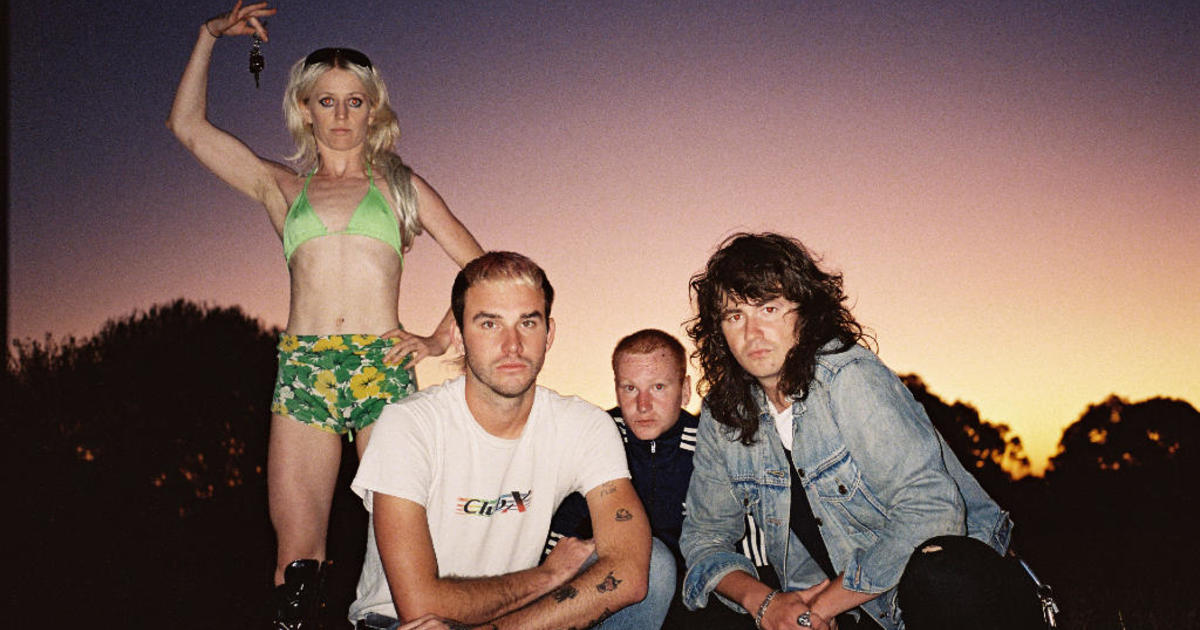 SAN FRANCISCO (CBS SF) — In the space of a few short years, Australian punk band Amyl & the Sniffers has risen to become one of the most celebrated new acts to emerge from Down Under in the past decade.

Formed by pint-sized, bleach-blonde singer Amy Taylor (aka the band’s namesake Amyl) and her housemates in suburban Melbourne in 2016, the group named itself after the party drug amyl nitrate or “poppers.”

Taking cues from classic ’70s proto-punk (particularly Iggy and the Stooges), glam, pub rock and modern punk, the band’s recorded and released their debut EP giddy-up that same year, reportedly tracking the four songs in just 12 hours. While the raw early recordings featured on that recording and the follow-up Big Attraction EP showed the band’s knack for writing short — often only 90 seconds long — catchy blasts of punk, it was their feral live show that established the band in Australia. Shows often found the diminutive vocalist spending as much time crowd surfing or on the floor dancing with the audience as onstage during performances.

The group would enter the studio to record their debut full-length with producer Ross Orton (the former drummer for UK synth-punk band Add N to X), releasing their eponymous album in 2019 on Flightless, the label affiliated with popular Australian psych band King Gizzard and the Lizard Wizard (ATO and Rough Trade would issue the record in other parts of the world). The album would receive uniformly high praise from critics, earning the ARIA Award — Australia’s version of the Grammy — for Best Rock Album and getting nominated for the Australian Music Prize.

King Gizzard had already provided Amyl and company with their first significant exposure in the US, taking them out on a North American tour the year prior. The quartet would become a popular attraction at festivals its native Australia, Europe and the States, appearing at Coachella and Oakland’s own garage-punk celebration the Mosswood Meltdown.

While the pandemic put a pause on the band’s momentum and busy touring plans, Amyl & the Sniffers issued their sophomore effort to another round of ecstatic notices last year. While maintaining the group’s aggressive musical attack, some of the new songs found Taylor ruminating on self-empowerment, sexual politics and emotional vulnerability that elevated the visceral impact of the album.

For this pair of sold-out shows at the Great American Music Hall this weekend, Amyl & the Sniffers will be joined by fellow Aussie punk band COFFIN Though the Sydney-based crew shares the party-hearty attitude of contemporaries the Chats, COFFIN also has a serious side, addressing the environmental crisis and the struggles of indigenous Australians against institutional racism with their riff-heavy tunes.