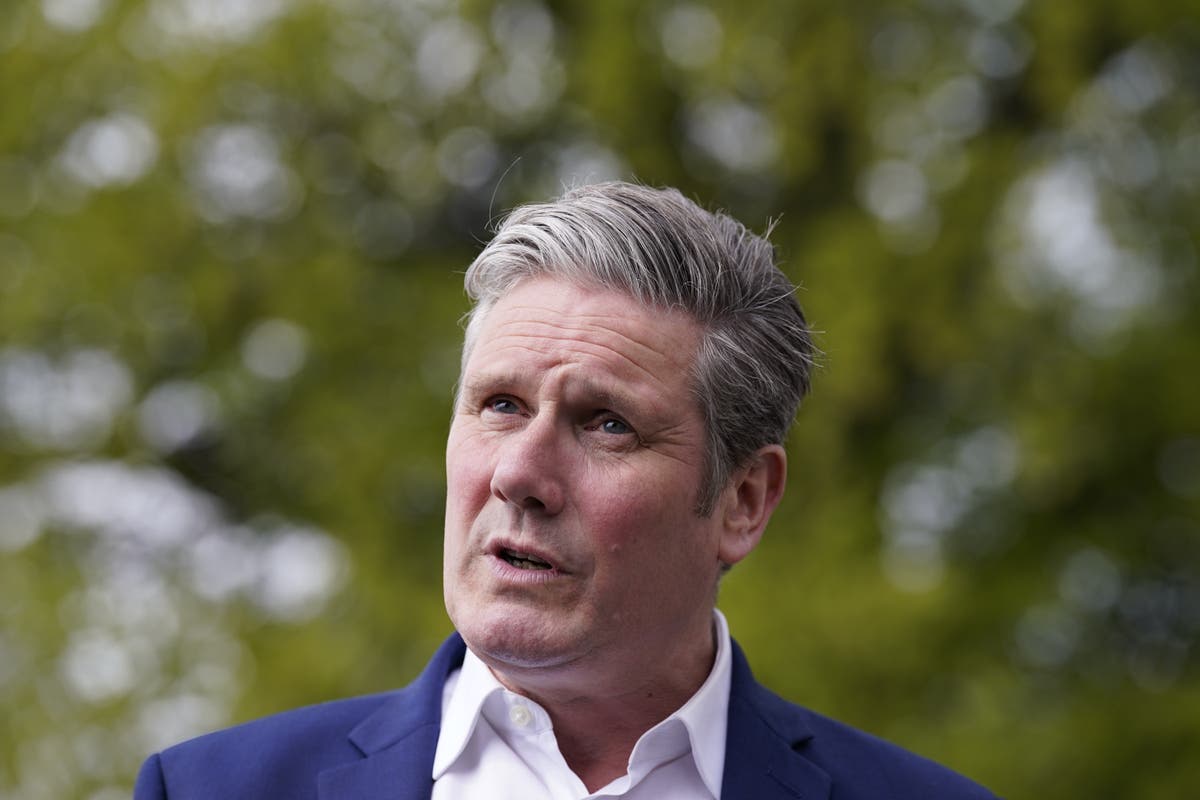 Durham Constabulary said it initially decided to take no action over a gathering at the constituency office of Labor MP Mary Foy in April 2021.

“At that time, it was concluded that no offense had been established and therefore no further action would be taken,” a spokesperson added.

“Following the receipt of significant new information over recent days, Durham Constabulary has reviewed that position and now, following the conclusion of the pre-election period, we can confirm that an investigation into potential breaches of Covid-19 regulations relating to this gathering is now being conducted.”

After the announcement Sir Keir insisted he was “confident no rules were broken”.

The Labor Party has maintained for months that Covid laws were not breached at the gathering, where Sir Keir was pictured drinking a beer with colleagues during campaigning for the Hartlepool by-election.

A spokesperson said: “We’re obviously happy to answer any questions there are and we remain clear that no rules were broken.”

At the time of the alleged gathering, non-essential retail and outdoor venues including pub gardens were open but social distancing rules, which included a ban on indoor mixing between households, remained in place.

Shadow home secretary Yvette Cooper defended the Labor leader and said the Durham incident was “very different from what we saw in government”.

She told BBC Radio 4’s World At One programme: “The Labor Party has always been clear that no rules were broken. This was a work event, it was in the middle of a local election campaign and it was eating a meal in an election campaign.

Emily Thornberry, Labour’s shadow attorney general, said Durham Constabulary had been “put under a lot of pressure” to investigate by Conservative MPs and right-wing news outlets.

“There’s lots of people who’ve been campaigning for the police to open this investigation, lots of Conservative MPs have been asking about it, lots of the Conservative-supporting newspapers have been making a big fuss about it,” she told Sky News.

The announcement of a new investigation is a blow to the Labor leader, who appeared to successfully deal with questions about the incident earlier this year. But the row was reignited again last week, in the run-up to the local elections, by the Conservative MP Richard Holden, who wrote to Durham’s chief constable Jo Farrell asking her to open an investigation.

Conservative-supporting newspapers began to doggedly cover the story, raising questions including why the meal occurred so late in the evening and if Sir Keir and his team really went back to work afterwards, possibly as late as 11pm.

Labor also stumbled when the party was forced to admit that, despite previous denials, Ms Rayner had been present.

The row put the Labor leader on the back foot in recent days as the party fought an election campaign in which the Partygate scandal had been expected to dominate.

Labor insists the incident cannot be compared to the host of parties now known to have been held in Downing Street while Covid restrictions were in force. A dozen such events are being investigated by the Metropolitan Police, including a party branded as “bring your own booze”.

Conservative MPs believe that Sir Keir may have made a tactical mistake when he called for the resignation of the chancellor Rishi Sunak after he, and Boris Johnson, both received fines for attending Mr Johnson’s birthday party in No 10 in June 2020.

Following allegations of lockdown breaches by Dominic Cummings, who was the prime minister’s chief adviser at the time, Durham Constabulary said it had a policy against issuing Covid late retrospectively.

In May 2020, an investigation concluded that he might have committed a “minor breach” of the law by driving to Barnard Castle, but that issuing a fixed penalty notice months later “would amount to treating Mr Cummings differently from other members of the public” .

The force added: “Durham Constabulary has not taken retrospective action against any other person.”

Other police forces appeared to follow the same policy until the Metropolitan Police performed a U-turn to investigate a series of gatherings held in Downing Street and at the Cabinet Office during different phases of Covid restrictions.

Scotland Yard said it had issued more than 50 ends by 12 April, but has not provided a breakdown of who they were given to, for which gatherings, or if any individuals were given multiple purposes.

The force declined to give information on the ongoing investigation in the run-up to the local election and refused a request for updated figures from The Independent on Friday.

Durham Constabulary’s announcement came as Labor celebrated gains in local elections, where some Conservatives believe their vote share had been hit by the Partygate scandal in Westminster.