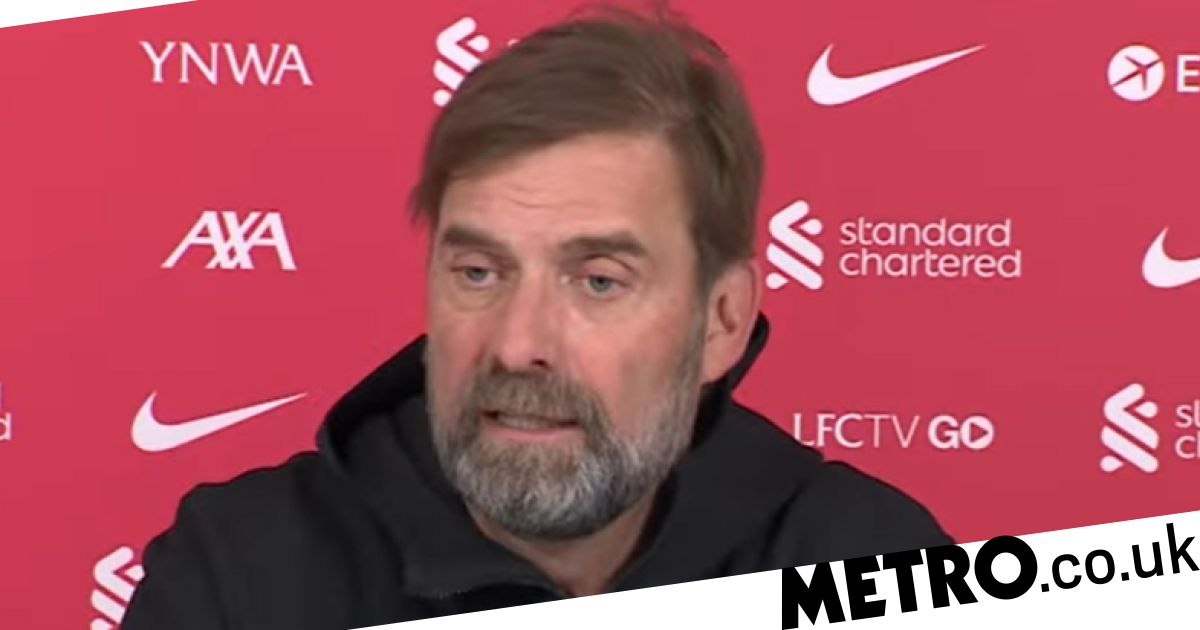 Jurgen Klopp insists there is no escaping the fact that Manchester City’s Champions League meltdown against Real Madrid represented anything else but a ‘major blow’ but expects Pep Gaurdiola’s squad to bounce back against Newcastle.

The Premier League champions looked on course to set-up another all-English final having stretched their aggregate advantage to 5-3 when Riyad Mahrez struck in the Bernabeu with 20 minutes remaining.

Real, however, as they have done throughout the competition, showcased their formidable survival instincts and scored twice in injury time before Karim Benzema’s 95th minute penalty ultimately decided an astonishing tie.

Liverpool, themselves, overcame a wobble in Villarreal before a devastating second-half display saw Klopp’s relentless winning machine book its place in the Paris showpiece later this month.

The Reds remain on course to land an unprecedented quadruple but will need a favor from the in-form Magpies this weekend given they still trail City by a solitary point in the titanic race for the Premier League title with four games remaining.

Asked for his response to City’s European demise ahead of Liverpool’s must-win game against Tottenham at Anfield tomorrow, Klopp said: ‘It was a massive blow. Everybody was ready to switch the television off and then all of a sudden part two started and that was really harsh I can imagine.

‘I had nights like this it’s not cool, the next morning is not enjoyable.

‘But then there is a moment when you realize you cannot change it anymore and focus on the next thing, and for them that’s Newcastle on Sunday and they will be ready.’

Liverpool cannot afford to be overly concerned with City’s results, however, especially given the treat Tottenham will offer at Anfield tomorrow night.

‘It’s a massive test,’ said Klopp. ‘People from the outside will say it’s difficult for Liverpool and we think that too. Tottenham have massive quality and are not too much bothered away from home about having the ball all the time and are compact and play on counter.

‘They have speed like crazy up front, Harry Kane, what a player, the attackers have a blind understanding he front men). It’s probably the biggest challenge for protection we’ve faced in a long time. We have to find a way to keep them calm as often as possible.’

For more stories like this, check our sport page.