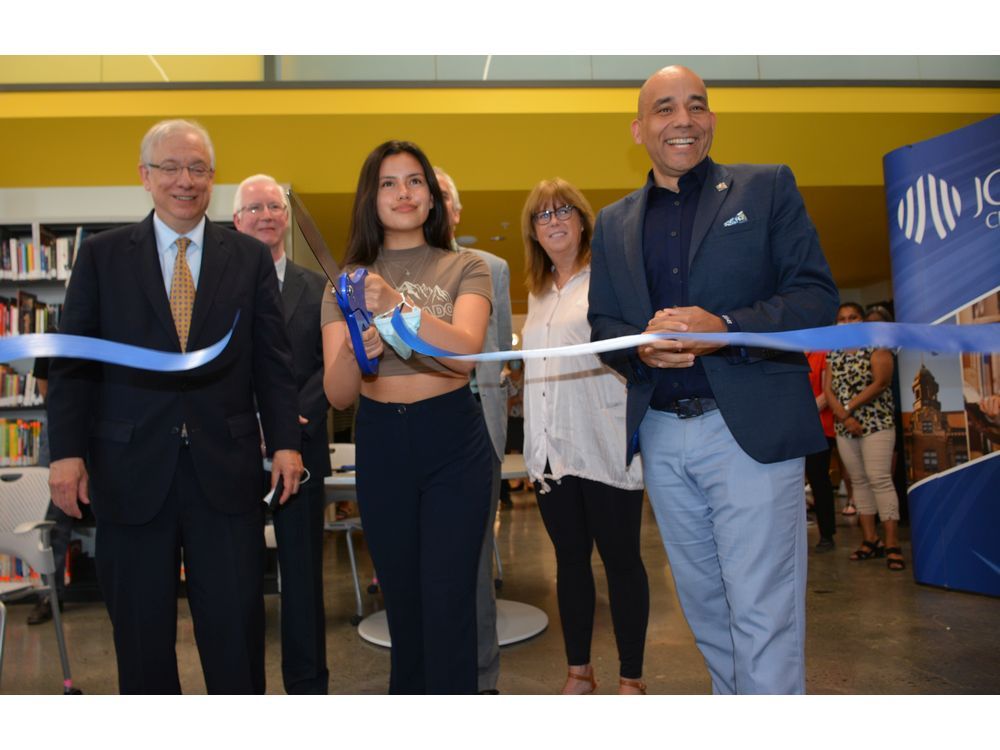 The renovation project was still not completely finished when the library reopened in February 2020.

The atrium-style extension, which faces Memorial Field, was still under construction, but the work has finally been completed. The library renovation project began in 2017 and was supposed to be finished by 2019.

Construction delays meant that some students attended the CEGEP without ever having set foot in the majestic library, built in 1907 as part of McGill University’s Macdonald campus in Ste-Anne-de-Bellevue.

There were delays due to both material and manpower shortages, said college spokesperson Debbie Cribb.

“The pandemic delayed things even more. We wanted to hold an official opening a year ago but had to cancel it because of the pandemic.”

The final price tag for the library renovation is $15 million, up from $10.5 million two years ago.

The college has now moved its collection of 66,000 print volumes and other resources into a space of 3,700 square meters.

The redesign project retained many of the library’s architectural gems, including the oak paneled walls and painted glass windows on the main floor. The windows on the first two floors were manufactured by Spence & Sons Glass Artworks (est. Montreal 1856) and feature the coats of arms of Canadian provinces and territories, as well as the names of universities, including McGill, Laval and Bishop’s.

Cribb said some of the glass windows have been restored with amazing results.

“I just love the library,” said John Halpin, the college’s director general. “As soon as you enter, you can immediately feel the grandeur, see the light-flooded rooms and the numerous study areas occupied by students. The renovated space is truly conducive to learning and collaboration.”

The second floor, which once served as an assembly hall with a balcony and a giant Casavant Frères organ, was also renovated. But the crests and reliefs along the walls were preserved.

The library was designed by ÉKM architects. The college said the project was made possible by the Canada-Quebec Contribution Agreement for Post-Secondary Institutions Strategic Investment Fund.

Also on hand for inauguration ceremony was Gwyneth Edwards, chair of JAC’s board of governors, Guy Lallemand, chair of JAC Foundation board of directors, Ivana Riveros Arteaga (SUJAC) of the student union, Lac-Saint-Louis MP Francis Scarpaleggia, Christopher Skeete , the MNA for Sainte-Rose and parliamentary assistant to the premier for relations with English-speaking Quebecers.