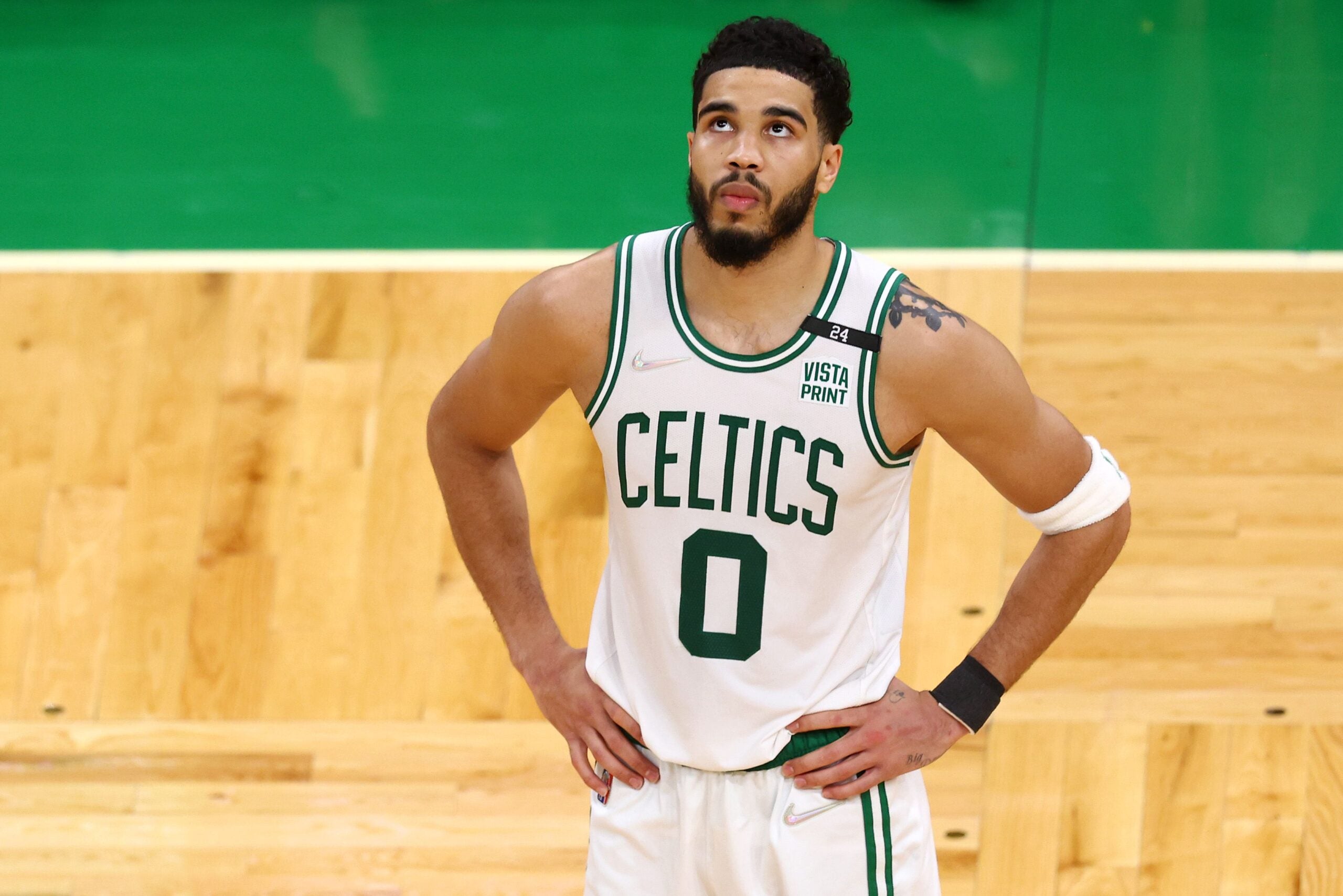 Jayson Tatum didn’t have the performance he hoped for in his first NBA Finals.

As Tatum continued to shoot poorly through the Finals, especially from within the 3-point arc (he shot 31.2 percent from 2-point range), several wondered if the right shoulder stinger he suffered in Game 3 of the NBA Finals was much worse than originally thought.

Tatum didn’t blame his shoulder injury for his poor performance.

Another speculated reason for Tatum’s poor Finals showing was fatigue. Following the Celtics’ Game 5 loss, in which Tatum played all but the final minute of the second half, Ime Udoka said he believed fatigue could’ve played a factor in Tatum air balling shots down the stretch.

Tatum’s severe workload goes longer than just Monday’s Game 5. Dating back to the NBA’s COVID restart in 2020, Tatum’s played 7,103 minutes, the most by any player in the league (via Celtics radio play-by-play announcer Sean Grande). He also played for Team USA in the Olympics last summer.

This offseason will mark the first “normal” offseason of rest Tatum’s had in three years. However, he lamented more on the crushing loss he and the Celtics were dealt with on Thursday than the time off he’s about to get.

“I ain’t got no choice now. It’s the offseason,” Tatum said when asked about receiving a break. “It’s just tough, getting to this point and not accomplishing what we wanted to. It hurts. We all could’ve done things better. I feel like I could’ve done a lot of things better. But, like we said, we competed, we tried all season, all playoffs. We’ll take some time off, enjoy it with your family, and rest and get back to it.”

In other injury news, Celtics starting center Robert Williams simply said he just needs “rest” after playing weeks after he had surgery to repair a torn meniscus in his left knee.