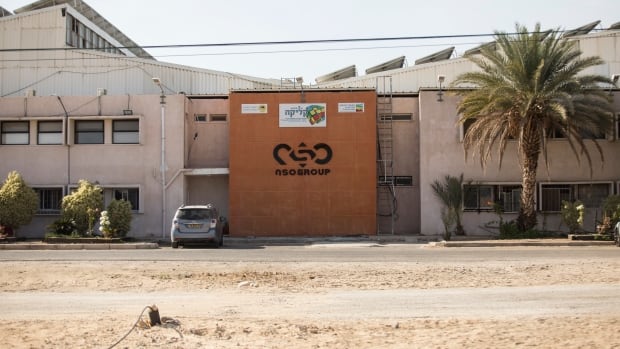 Israel announced it was setting up a national inquiry on Monday after a newspaper reported illicit use by police of powerful spyware against confidantes of former prime minister Benjamin Netanyahu and other public figures.

Pegasus, a cellphone hacking tool made by Israel’s NSO Group, was used to “phish for even intelligence before any investigation had been opened against the targets, and without judicial warrants,” Calcalist said in an unsourced report.

NSO says all its sales are government-authorized and that it does not itself run Pegasus.

Calcalist said targets in Israel included a son of and two aides to Netanyahu — who is on trial on corruption charges he denies — as well as a co-defendant and several witnesses, and, separately, two former officials suspected in leaks to journalists.

The court hearing the case against Netanyahu said it was canceling the next session, scheduled for Tuesday, and would await answers from the prosecution about the hacking allegations before deciding whether proceedings would resume on Wednesday.

Omer Barlev, the minister for police, said he was setting up a cabinet-level commission of inquiry, drawing calls from some colleagues in the government for a more independent probe.

Pegasus, he said in a statement, was “not intended to be used in phishing campaigns targeting the Israeli public or officials, which is why we need to understand exactly what happened.”

Calling for some police to face criminal investigation, Health Minister Nitzan Horowitz said: “Those who turned a blind eye to this activity abroad must now deal with it here.”

The furor has added a domestic angle to allegations that surfaced last year of misuse of Pegasus by foreign clients against journalists, rights activists and other figures.

Citizen Lab, the University of Toronto internet watchdog, has been at the forefront of that monitoring, alleging dozens of Pegasus hacks and potential misuses since 2016.

An investigation by a global media consortium has alleged that a spyware called Pegasus was used to target hundreds of politicians, activists and journalists in countries all over the world. Guest host Robyn Bresnahan talks to Agnès Callamard, secretary general of Amnesty International, who took part in the investigation; Ron Deibert, director of the Citizen Lab at the Munk School of Global Affairs at the University of Toronto; and one of the people believed to be targeted by the spyware, Carine Kanimba, daughter of Rwandan activist Paul Rusesabagina. 19:39

Last week, the Federal Bureau of Investigation acknowledged that it acquired and tested Pegasus, but the US law enforcement agency said it did not use it for any investigation.

“The FBI works diligently to stay abreast of emerging technologies and tradecraft — not just to explore a potential legal use but also to combat crime and to protect both the American people and our civil liberties,” the agency said. “That means we routinely identify, evaluate, and test technical solutions and services for a variety of reasons, including possible operational and security concerns they might pose in the wrong hands.

“At the very least, this seems like a terribly counterproductive, irresponsible and ill-conceived way” to keep abreast of surveillance tech, Deibert said.

The US Commerce Department added NSO to a blacklist last year, restricting US companies from doing business with it, over human rights concerns.