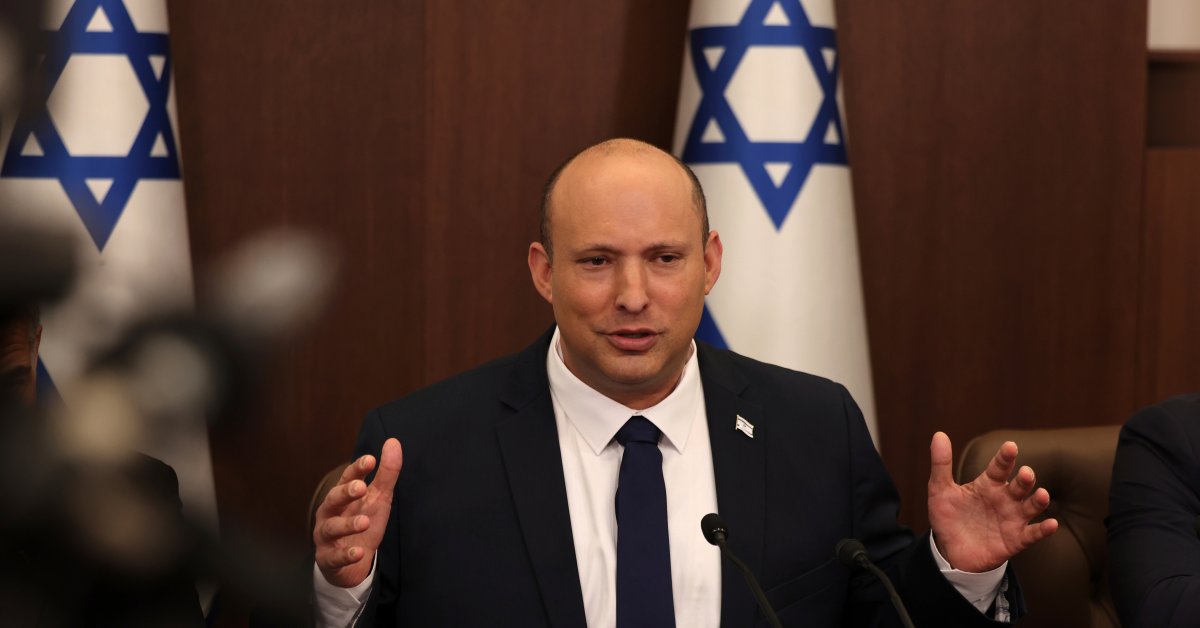 IIsraeli Prime Minister Naftali Bennett said he accepted an apology from Russian President Vladimir Putin on Thursday for controversial remarks about the Holocaust made by Moscow’s top diplomat.

The two leaders talked over the phone, after which an Israeli statement said Putin had apologized. However, the Russian statement about the call made no mention of an apology. Instead, it said they emphasized the importance of marking the Nazi defeat in World War II, which Russia celebrates on Monday.

Bennett emerged as a potential mediator between Russia and Ukraine shortly after Moscow’s invasion. But that role was thrown into doubt this week when Russian Foreign Minister Sergey Lavrov made comments about the Holocaust that were deeply offensive to Jews.

Asked in an interview with an Italian news channel about Russian claims that it invaded Ukraine to “denazify” the country, Lavrov said that Ukraine could still have Nazi elements even though its president, Volodymyr Zelenskyy, is Jewish.

“In my opinion, Hitler also had Jewish origins, so it doesn’t mean absolutely anything. For some time we have heard from the Jewish people that the biggest antisemites were Jewish,” he said, speaking to the station in Russian, dubbed over by an Italian translation.

“The Jews did not murder themselves in the Holocaust,” said Lapid, the son of a Holocaust survivor. “The lowest level of racism against Jews is to blame Jews themselves for antisemitism.”

He demanded that Russia apologize, and Israel summoned the Russian ambassador in protest.

Bennett, who has been more measured in his criticism of Russia’s invasion, also condemned Lavrov’s comments. On Thursday, he said Putin had apologized.

“The Prime Minister accepted President Putin’s apology for Lavrov’s remarks and thanked him for clarifying the President’s attitude towards the Jewish people and the memory of the Holocaust,” Bennett’s office said in a statement.

Evoking Russia’s deeply-rooted narrative of suffering and heroism in World War II, Putin has portrayed the war in Ukraine as a struggle against Nazis, even though it has a democratically elected government and a Jewish president whose relatives were killed in the Holocaust.

Israel gained independence in the wake of the Holocaust and has served as a refuge for the world’s Jews. The Holocaust and its remembrance remain central to Israel’s national identity, and the country marked its annual Holocaust memorial day last week. The Nazis and their collaborators killed 6 million Jews during World War II.

Israel has tried to maintain ties with Russia despite the war, in part because Russia has a large military presence in neighboring Syria, where Israel routinely strikes suspected Iranian military targets. Israel and Moscow coordinate their actions in Syria to avoid coming into conflict.

That paved the way for Bennett to be able to try to mediate between the sides in Ukraine, a role he seems to have summarized this week.

Bennett’s office said he and Putin discussed plans to evacuate civilians from a besieged steel plant in the port city of Mariupol in southern Ukraine. That came after a call between Bennett and Zelenskyy on Wednesday.

The statement from Bennett said Putin “promised to allow the evacuation of civilians, including wounded civilians, through a UN and Red Cross humanitarian corridor.”