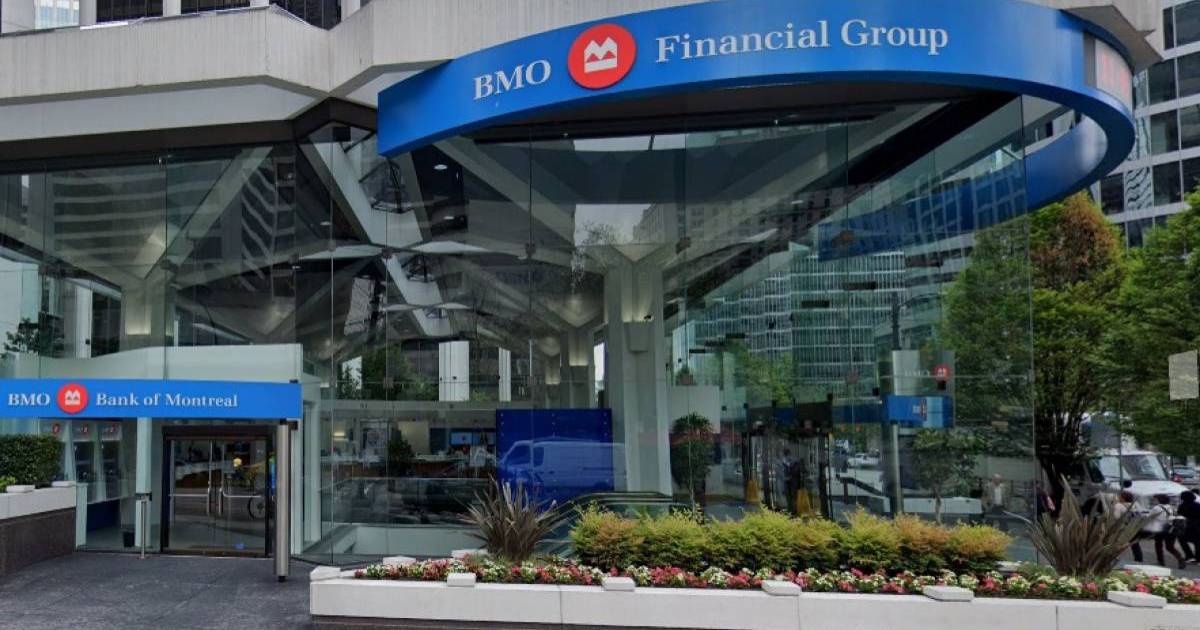 A BC Indigenous man and his granddaughter who were detained and handcuffed outside a Vancouver bank after a teller suspected fraud had reached a settlement with the bank.

At a healing ceremony today (May 5) outside the Bank of Montreal (BMO) branch on Burrard Street in downtown Vancouver where the incident took place on December 20, 2019, Maxwell Johnson and members of the Heiltsuk Nation released details of the agreement.

Johnson then went into the bank to close his account, despite the resolution announcement.

The settlement resolves one part of a BC Human Rights Tribunal complaint brought against both the Vancouver Police Department (VPD) and BMO.

A Heiltsuk Nation release said that BMO has agreed to make a monetary payment to Johnson and his granddaughter, for whom Johnson was attempting to open an account when the incident happened and who was 12 years old at the time.

The amount of the payment was not disclosed.

The bank will also participate in a private apology ceremony in the coastal community of Bella Bella, where Johnson lives.

As well, Johnson, an artist, will give an artwork to the bank to be displayed in the branch where the event took place. Copies of the work will also be put on view at four other BMO branches in BC—in Nanaimo, Campbell River, Prince Rupert, and Victoria—where Heiltsuk members conduct banking business.

Further, BMO will also display “territorial acknowledgment plaques” in those branches that will specify on which First Nation’s traditional lands each outlet has been located. The bank will also “make best efforts to expand this to branches across Canada”, the release noted.

Finally, the Heiltsuk bulletin announced that the bank has agreed to “public interest remedies including updating internal policies and procedures for how Indigenous status cards are handled, creating an organization-wide education course for all staff and executives on Indigenous culture (more than 25,000 employees have completed the course), participating in a Heiltsuk cultural competency workshop (all BMO senior leaders in BC and Yukon), establishing an Indigenous Advisory Council, and making various donations and campaigns in support of Indigenous communities”.

The 2019 incident occurred after a bank teller thought it suspicious when some numbers on the granddaughter’s Indigenous status ID card seemed to indicate, in their opinion, fraudulent attempt in setting up an account.

Police were called and the man and granddaughter were both publicly detained and handcuffed on a sidewalk outside the bank. The two were released after police confirmed their identities and that there was no substance to the suspicions.

Both police and the bank apologized publicly after the incident, and a complaint to the Office of the Police Complaint Commissioner resulted in an investigation by Victoria Police chief Del Manak. That report recommended that no disciplinary actions were required against the officers involved.

The commissioner decided that Manak’s findings may have contained errors, so a retired judge, Brian Neal, was appointed in July 2021 to render another judgement. That investigation’s findings—made public by the Heiltsuk Nation in April 2022—found that the VPD officers’ actions were “undertaken without reasonable and probable grounds.” Furthermore, Neal wrote, “no reasonable police officer standing in the shoes of the two officers could support such actions based on suspicion alone.”

The BC Human Rights Tribunal complaint against the VPD by Johnson and his granddaughter, now 14, is not affected by the settlement and will proceed, the release said.

“The Heiltsuk Nation could not be prouder of Max and his granddaughter for pursuing justice and making real and significant change in the fight against systemic racism,” Marilyn Slett, elected chief of the Heiltsuk Nation, said in the release. “We will continue to support Max and his granddaughter in their healing journey, and we remain committed to working with all institutions who seek to make broader change to ensure this kind of incident never happens again.”

In another statement released on May 5, the Union of BC Indian Chiefs (UBCIC)—which applied for and received intervenor status in Johnson and his granddaughter’s human-rights complaint—deplored what it termed “individual and systemic racism against First Nations in Vancouver” .

“Maxwell and his granddaughter should never have been racially profiled and discriminated against when they tried to do something that everyone does—go to a business and be treated with respect,” UBCIC president Grand Chief Stewart Phillip said. “I am glad BMO has accepted responsibility and is putting changes in place; however, discrimination against First Nations people in British Columbia is rampant, and especially discrimination when we use our Indian status cards as identification or in the course of regular business as consumers or shoppers.

“UBCIC is launching a review of discrimination against our peoples over the use of status cards, and we will be surveying and gathering new data on this and reporting on it in fall 2022,” Phillip continued. “All financial institutions, businesses and service agencies, need to get informed and create a culturally safe, equitable and respectful environment for First Nations peoples.”

UBCIC legal counsel Mary Ellen Turpel-Lafond called in the release for the VPD board, of which Vancouver Mayor Kennedy Stewart is chair, to settle the human-rights complaint before its scheduled hearing.

“The human rights tribunal is ongoing in the Maxwell Johnson case, and we are scheduled for a hearing later this year,” Turpel-Lafond said. “BMO has reached an important agreement here, and with this positive news, it would be important for Vancouver Police Board to follow their example and find a proper pathway for settlement of this complaint. UBCIC has extensive background experience in dealing with individual and systemic discrimination against Indigenous peoples, especially in Vancouver.

“Chiefs and leaders in BC have consistently advocated for this to be exposed and to end,” Turpel-Lafond continued. “There is always potential for change, and real change, but it requires acknowledgment of individual and systemic racism, and must set forth a new path on training, oversight, and service delivery with serious efforts to end racism and discrimination against First Nations in police services and public safety.”