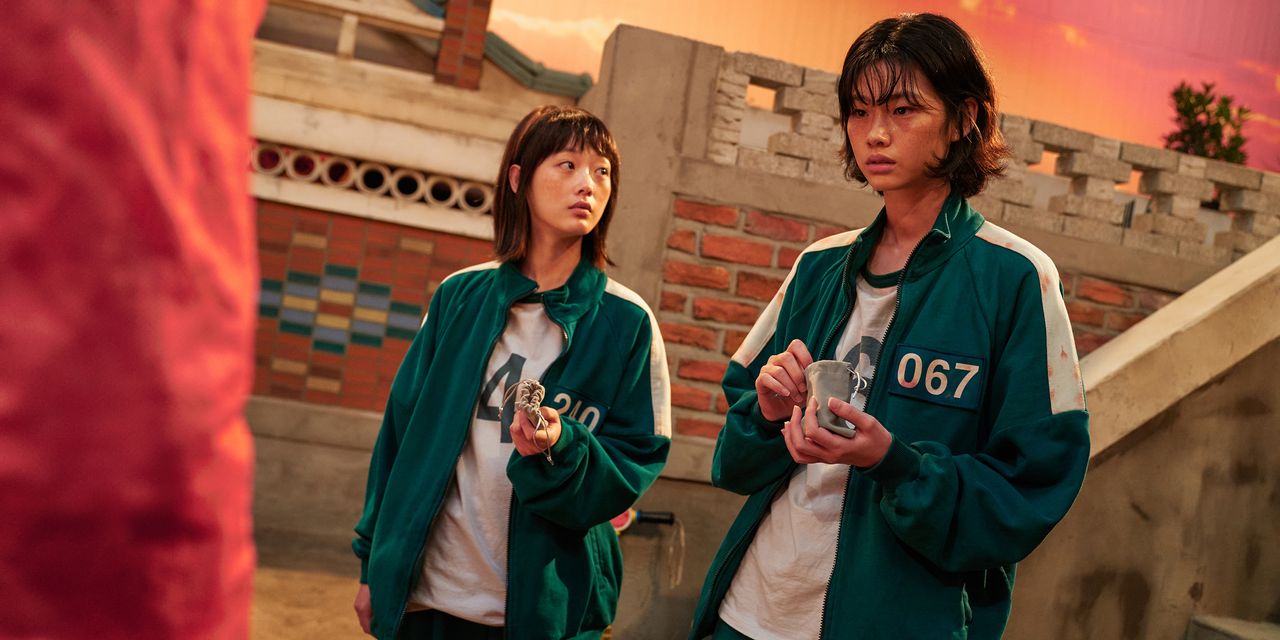 SEOUL — South Korea’s television industry is experiencing a post-“Squid Game” bump as the country becomes a content battleground for the streaming world wars. Now he must continue to deliver.

These successes have ensured South Korea’s reputation for producing high-quality shows with low production costs, a formula that is prompting competitors in the streaming industry to take the plunge. Apple AAPL -0.01%

HBO Max is also recruiting staff in the country, according to jobs on LinkedIn, suggesting it may be in the process of preparing for its debut. AT&T’s WarnerMedia, which oversees HBO Max, declined to comment.

However, powering a growing number of streaming platforms threatens to increase acquisition costs as companies seek to outbid each other for the best shows. It also puts pressure on South Korea’s entertainment industry to consistently produce global hits.

“There’s a lot to be produced over the next two years,” said Vivek Couto, executive director of Singapore-based Media Partners Asia, which advises media and telecommunications companies. “Will the quality be maintained? “

Streaming platforms have relied more on the Asia-Pacific region for their growth, and viewers in the US, UK, Australia and Europe are turning to non-English content.

There are now around 1.7 billion subscription video service users worldwide, up from 457 million in 2016, according to research firm Insider Intelligence. In 2016, Asia had around 30% of total users, compared to 60% today.

South Korean shows, which cover a variety of genres including romantic comedies, zombies, and historical dramas, attract a diverse audience and have been shown to be effective in persuading people to sign up for a streaming service, retain them and get them to watch more, industry executives say.

““We believe that markets like Korea will soon become world powerhouses in content for the media and entertainment industry.” “

“We believe that markets like Korea will soon become world powerhouses in content for the media and entertainment industry,” said Luke Kang, Walt Disney president for Asia-Pacific. In October, Disney + unveiled 28 original new titles from the region, including seven from South Korea.

Local production costs can be as low as a tenth of Hollywood’s, said Jung Kyung-moon, CEO of JTBC Studios, a South Korean studio behind “DP,” a military drama, which has featured in Netflix’s Global Top 10 this year. JTBC Studios also has a growing presence in the United States, recently acquiring a controlling stake in Wiip, a Los Angeles-based company behind drama series, such as HBO’s “Mare of Easttown”.

“From a streaming platform perspective, this is great value for money,” Jung said.

, which has production deals with Netflix and Apple TV +, said its average selling price for streaming content on global platforms rose 24% in the third quarter from a year earlier. This year, two of his shows made it to Netflix’s 10 Most-Watched Global List.

Today’s headlines, the news in context, and the great reads you might have missed.

“All we needed was a global platform,” he said. “I think the popularity of K content won’t easily wane.”

In 2017, about 15% of the world’s 100 most popular streaming titles were made outside the United States, according to Ampere Analysis, which has a proprietary metric for global audiences. Now the proportion has risen to 27%, he said.

Global investment in streaming content is expected to reach $ 50 billion this year, a 20% increase from 2020, according to Ampere Analysis, a market research firm.

Netflix has spent around $ 1.2 billion on the development of Korean movies and TV shows since entering the South Korean market in 2015, including half a billion dollars this year. The company claims to have presented more than 130 Korean TV shows and movies.

Don Kang, Netflix’s vice president for South Korean content, previously worked at a local media company exporting content from the country. He said the success of “Squid Game” shattered his earlier ideas about the popularity of a South Korean show.

Mr. Yeon said the rapid pace of decision-making in South Korea has also helped him develop successful shows. The country’s entertainment industry can give the green light to new projects in less than a week, compared to six months in other countries.

Learn about the streaming business, with articles selected by publishers.

Write to Jiyoung Sohn at jiyoung.sohn@wsj.com and Timothy W. Martin at timothy.martin@wsj.com