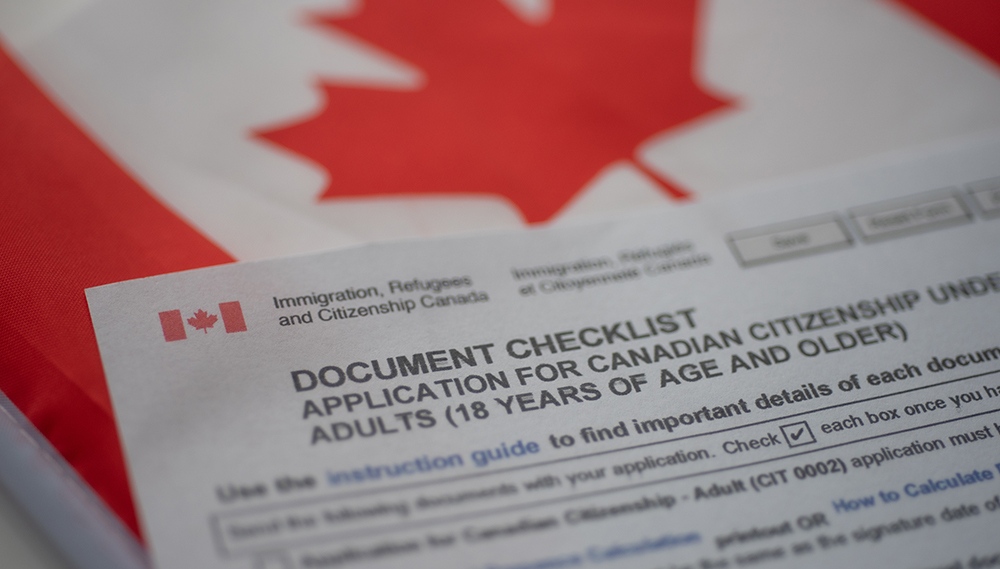 The immigration backlog in Canada has ballooned to 2.4 million people, with over 250,000 applications adding to the pile over a one-month span alone.

That’s according to recent data from Immigration, Refugees and Citizenship Canada (IRCC) across all categories, from temporary residence and permanent residence to citizenship applications.

“I have not seen backlogs like these in 16 years of my career as an immigration lawyer,” Rick Lamanna, director at Fragomen Canada, an immigration services provider, told CTV News in a phone interview on Thursday.

“Prior to the pandemic, things were running fairly well.”

The increased backlog has already led to frustrations for those waiting to receive an application update from IRCC.

The recent data only raises more questions than provides answers to the applicants in limbo.

Despite being among the top five destinations with immigrant-friendly policies around the world, Canada is seeing an upward trend in backlogs since the pandemic.

Long processing times and a lack of communication and transparency are some of the many issues highlighted by families that reached out to CTVNews.ca.

Lamanna said changing processing times are preventing families and even businesses from planning anything ahead of time.

“If you were to go online right now, and take a look at the processing time, out of India, it’s taking close to a year,” he said.

Part of the problem he pointed out is that IRCC faced a cascading effect from the fall of Afghanistan and then the pandemic.

During COVID-19, IRCC staff was not considered as “essential workers” so the backlogs only started to grow. Now with the Ukraine war, there is a massive backlog, he adds. Between March 17 and June 8, 2022, 296,163 applications were received under the program.

For most, the long delays have postponed their life decisions as they continue to wait in another country.

Kazim Ali applied for permanent residence through the Express Entry program in 2020 from Pakistan and has been waiting since to receive an update. He said he has no idea how long he has to wait until he begins his new life in Canada with his wife.

“Our lives have come to a screeching halt because of a lack of communication and no clear timeline on the processing delays,” Ali said in an interview with CTVNews.ca from Pakistan over a zoom call on Wednesday.

Ali said the estimated processing time was six months at the time of submission.

Despite repeated emails, Ali’s application seems to have come to a screeching halt. He said the IRCC helpline is of no help to those outside Canada.

He was told to reach out to the visa office that is processing his application. Currently, it lies in the London, UK office with no updates.

Ali has put a stop to his long-term plans–including his career, buying a home, and family planning.

He said the wait is now taking an agonizing toll on his mental and emotional health and has been “extremely stressful” for the couple.

“IRCC really needs a reality check and needs to understand that it is not only processing a bunch of papers but making decisions that are affecting lives of families and generations to come,” Ali said.

In an emailed statement to CTVNews.ca, IRCC’s communications officer Jeffrey MacDonald said that application inventories grew during the pandemic while health and travel restrictions were in effect, and it will take some time to fully recover.

McDonald said IRCC is moving towards a more integrated, modernized, and centralized working environment in order to help speed up application processing globally.

‘COVID IS NO LONGER AN EXCUSE’

But Mustakima Gazi, who works as a long-term care pandemic resident assistant, said COVID-19 can no longer be an excuse.

Gazi, a Canadian citizen from London, Ont., has been waiting for her husband’s spousal application since December 2021 and has seen incremental progress since she last spoke with CTVNews.ca in May.

But despite the application reaching the next stage, she remains discouraged.

The couple is a part of a Facebook community that includes families waiting for IRCC updates. She said that some who had submitted the request for medical exam (a requirement for those filing for permanent residence) last year have still been waiting to get an update from IRCC.

Gazi’s husband lives alone in the Netherlands and with his application in limbo, is under immense mental stress.

Making matters worse, she said, are the processing times on the online portal that keep changing.

She said one would think that the processing time would decrease as applications are being processed.

“But that is not the case,” she said. “At one point the estimated time was 12 months, and the next week it was 23 months.”

Gazi has tried to call IRCC many times to get more information on our application, hoping to speed things up, but has never been able to reach anyone who could provide her any answers on the status.

“Sometimes the helpline just gets disconnected without even putting me in a waiting line,” she said.

The one time that she got connected, the IRCC agent tried to help but could not provide any updates since the application was being processed outside Canada.

“Everyone is fighting a battle and trying their best to get through these hard times. We want to be close to our families who can support us,” she said. But the delay is leading to nothing but desperation.

Among those frustrated by the lack of communication and transparency is Anne Marie Trad, a Canadian citizen waiting to be with her husband, Pierre Ajaltouni, since 2019.

The couple married in 2018 in Beirut, Lebanon and Trad filed for a spousal visa from there in 2019.

It has been over 50 months since.

Trad has tried all the routes to get updates: she contacted the MP office, reached out to her local MP, filled out web forms, and called the IRCC helpline. But nothing has helped.

Her husband’s spousal application was filed outside Canada (Beirut) so navigating through the application status is more complicated than those processed in Canada.

Trad said the status has been saying “doing a background check” since 2019.

In hopes of a quicker route, she filed for a visit visa from Canada in 2020. But even that has seen no momentum.

Trad last visited her husband in August 2021 and now worries that with Lebanon’s ongoing crisis, it could be increasingly difficult to make these visits.

The three-year wait has taken a toll on the couple’s mental health – leading to anxiety, and depression. Trad said her husband has lost a lot of weight and she is concerned about his health.

The couple took a legal route last year to get immigration officials to act on files caught up in delays – a writ of mandamus.

The legal route is definitely not cheap, Trad said, but she sees no better option to speed up the process.

“We just want to get our life back on track after wasting three years in waiting,” she said.

WHAT IS IRCC DOING?

To support the processing and settlement of new permanent residents to Canada, the government has committed $2.1 billion over five years and ongoing $317.6 million in new funding announced in Budget 2022.

With additional funding of $85 million from the 2021 Economic and Fiscal Update, IRCC is looking to reduce application inventories accumulated during the pandemic by hiring new processing staff, digitizing applications, and implementing technology-based solutions such as digital intake and advanced analytics.

Lamanna said the hiring will help reduce the backlogs but that itself will take some time.

“Even if IRCC hires more people, it could take months before any group of new hires is actually effective in tackling the backdrop since that would require new training,” he said.

He said digitizing is a step in the right direction but even that could take years before it is finally implemented and may not assist those who are currently waiting and may help new applicants in 2023.

“It is a very difficult situation,” he said.

HOW DID IT GET SO BAD?

Many immigration law firms have seen a spike in the mandamus applications. In over 10 months, Toronto-based law firm, Abramovich & Tchern has processed over 200 mandamus files.

It is unfortunate that applicants have to take this route, Lev Abramovich, an immigration lawyer at Abramovich & Tchern, told CTVNews.ca on Thursday.

Abramovich, who is not representing any of the applicants in this story, said it wasn’t COVID-19 itself that created the backlog, but it ultimately revealed the “archaic structure and the management style that is not very agile.

”After the pandemic hit, processing centers were operating with very limited capacity, and that partly contributed to the increasing backlogs.

Some application categories filed during the pandemic were paper-based and lay in offices, gathering dust for many months.

Abramovich said most mandamus applications his firm has received have been from countries such as Nigeria, Ghana, India, and China.

WHAT CAN BE DONE?

Lamanna said one of the solutions is focusing on prioritizing groups or processes and fixing them instead of trying to have a catch-all approach. “So, people understand how to process these applications,” he said.

Abramovich said the existing system needs to be “centralized and agile.”

Many times, an application is stuck in an office outside Canada that may be partly functional due to a number of reasons such as shut down or remote work orders.

He said a centralized agile system would manage applications by redistributing them in different offices.

“And they will be processed, more or less based on when they came in, not based on the country of nationality or other factors which is deeply unfair,” Abramovich said.

Abramovich said the new immigration minister inherited the existing system and has been open to dialogue, and that an independent review could provide recommendations for a long-lasting change. I have added an impartial investigation to understand the actual root causes will only help prevent something like this from happening in the future.

“We are dealing with human lives here and let’s not pretend it has something to do with COVID-19 and that finances alone are going to be sufficient,” he said.