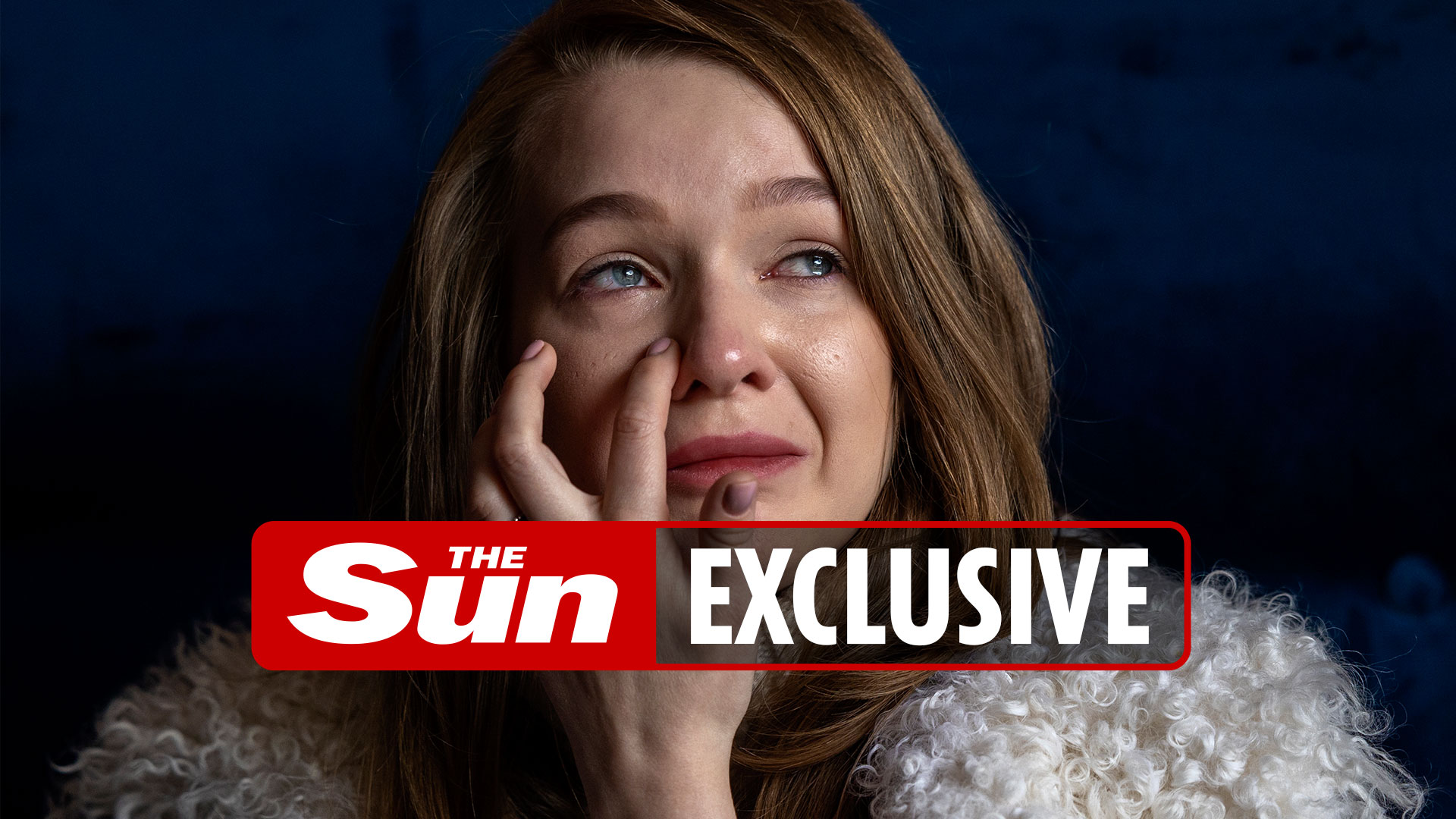 THE mum of a four-year-old boy murdered as he tried to flee the war in Ukraine told The Sun “the world must never forget Sasha’s name or the man responsible”.

Heartbroken Anna Yakhno spent 26 days not knowing if her son Sasha Zdanovych was alive after he disappeared on a boat that capsized as it tried to escape Russia’s slaughter.

Anna, 25, said the world must never forget the terror and pain Russia unleashed on her country — and her devastated family.

And she vowed to see Vladimir Putin stand trial at a war crimes court in The Hague.

Speaking out for the first time since Sasha disappeared, she said: “All the death, all the terror that happened in Ukraine, it cannot be forgotten.

“I want the world to remember Sasha, and remember who did this to him. It was Russia. It was Putin. I don’t know how to shoot a gun but I can tell people the truth about this terrible war.”

Anna revealed the horrific moment she knew her son was dead — when she recognized him by his hand and tiny fingernails beneath a blanket used as a makeshift shroud.

But she wanted to remember her angelic boy, also called Sashenka, from the last time they were together, four days before the war.

Anna sobbed: “I was not so strong to see his face. I only saw his fingers from him, his nails from him.

“And yes, I understood that it was Sashenka.”

Sasha’s aunt Marina had bathed and dressed his body, and laid him in a small white coffin, because there was no-one available to perform a religious ritual.

Anna added: “I will remember him to the end of my life like he was four days before the war.

“If you had the chance to know Sasha, everybody told me, ‘This is the kindest child in the world. The kindest’.

“I have loved everybody. When you asked him, ‘Who do you love better?’ He said, ‘I love you, everyone, because you are my family.

“I have loved toy cars and Lego. He had a lot of cars, you can’t imagine. There isn’t any child in the world with so many cars.”

Fighting back tears, she added: “He was the cutest kid in the world. And I say it, not because I’m his mother of him. Just because everyone who knows him loved him. And I have loved everyone.

“If you had the chance to play with him, or to communicate with him, and if he felt that you are kind he will say, ‘I love you’.

Sasha was staying with his grandmother Zoya, 59, when Putin began his bloodbath invasion on February 24.

Zoya’s home, 30 miles north of Kyiv, was cut off within days as thousands of Russian troops emerged south from neighboring Belarus.

He was the cutest kid in the world. And I say it, not because I’m his mother of him. Just because everyone who knows him loved him. And I have loved everyone.

She had no power, heating or running water and she and Sasha moved in with neighbors “because they were afraid to be alone”.

Anna said: “He was afraid. He was waiting for us and he was asking ‘When will it finish?’”

But he was also excited about his fourth birthday, on March 4.

Five days after his special day, Sasha called his mother for the final time.

Anna said: “He said ‘Mummy, don’t worry. I will drive you when they stop shooting.”

They were surrounded on three sides and the only way out by boat was across the six-mile wide Dnieper reservoir.

He said: “There was no other way to escape then — the Russian military blocked all roads. They shot people on the roads. So the adults tried to escape from them by the river.”

Anna was terrified. She knew it was a last resort because Zoya could not swim and she had always been scared of water.

They traveled to a jetty as the sounds of bomb blasts and gunfire rumbled around them.

I was not so strong to see his face. I only saw his fingers from him, his nails from him.

Anna said the next day she tried to call Zoya but got no answer.

Anna was in another city so Sasha’s father, also called Sasha, and Marina raced to the eastern bank of the reservoir where Sasha’s boat should have landed.

They learned that two boats had left but only one had made it.

President Zelensky said one of the boats had capsized after witnesses reported shelling.

Anna begged the emergency services to search the vast expanse of icy water with a drone but they refused, saying it would be shot down.

On March 11 Sasha’s boat was discovered washed up on the western shore at Tolokun, about three miles downstream from where they set off.

Underneath the upturned hull was the body of Olena Zhur, who had been visiting Zoya’s neighbours. She lay dead on the water’s edge, a few meters away.

But Anna clung to the hope that Sasha was still alive.

He was the only one wearing a life jacket and she prayed he had made it ashore and someone had taken him in.

She thought perhaps the lack of power might mean the phones were down and the rescuers had no way to call her.

Vladimir Putin, stop the war. I will see you in The Hague. I don’t wish him death. I can’t wish for anything. His life of him is really ugly, and he will not be the emperor he wants. No way.

Or perhaps they did not know his parents were looking for him.

Anna said: “Day after day I was waiting. I had so many messages. All I did, from morning to night, was reading messages. A lot of messages from different people.”

They included pictures of another lost child.

Anna said: “But it wasn’t Sasha. So my hope was alive. I believed until the last day.”

On March 30 the body of Christina Zhur, 20, was discovered in Yasnohorodkha, six miles downstream of the jetty.

On March 31 the boat’s driver Oleksii Gorodny was found on the outskirts of Kyiv, some 14 miles beyond Christina’s.

But Anna still had hope.

She said: “I believed we would find Sasha alive. No way was he not alive. Then April 5, I was woken up at 8 o’clock because of call.

“I was afraid of early calls. It was our friend from the village and he said ‘Anna, someone found a kid’. He drove there in 30 minutes and brought him to our house. It was Sasha.”

They buried him next to his grandmother Zoya.

“Russia killed them. If they hadn’t occupied our territory it wouldn’t have happened. I just want it to stop.”

Two of the other passengers, Ihor Zhur and Dmytro Titok, 18, who was Christina’s boyfriend, were found on April 19 and 25.

And the body of Andrei Gorodny, the eighth person on the boat, was recovered yesterday.

How they came to die remains a mystery and Anna said: “There is no one alive who can tell me what happened.

“I understand that I need to learn to live with this because this situation, this pain, will go with me through my life nearby.

“Maybe my story will help. And if it helps for one person, I will be really glad. If it will help thousands of people I will think that my life is worth something.”

Anna also had a simple message for Russia’s president.

She said: “Vladimir Putin, stop the war. I will see you in The Hague.

“I don’t wish him death. I can’t wish for anything. His life of him is really ugly, and he will not be the emperor he wants. No way.

“He will sit in The Hague and he will see me there.

“His army came here and did this. They too are responsible.