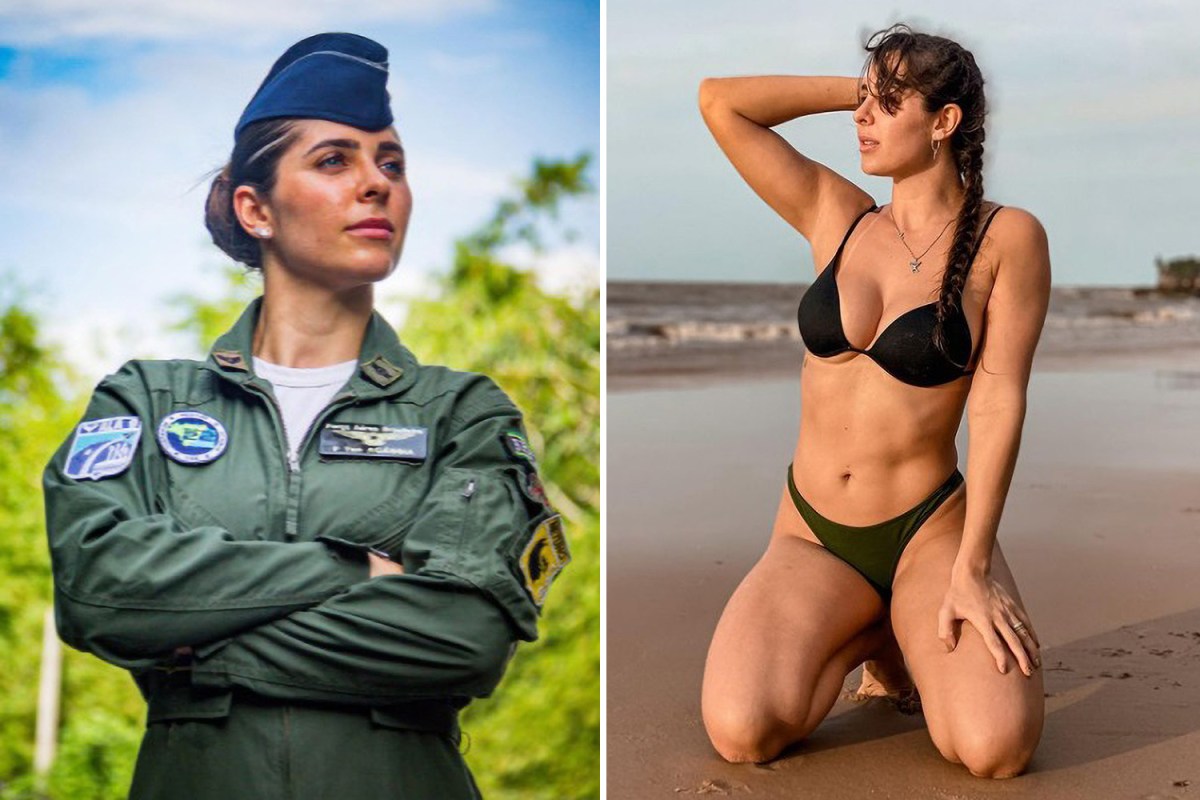 AN AIR Force Lieutenant quit her day job of 11 years to run an OnlyFans account full-time – and is now selling her raunchy pics online.

The former Brazilian military serviceman, Acassia Marina Jorge Diniz, looks unrecognizable after trading in her life as a soldier for an influencer.

Going by the name ‘Caca Diniz’ on the platform, users can subscribe to the former airwoman’s channel for £13 per month and view her most explicit content.

Diniz already has more than 19,000 followers and has shared numerous photos and videos online – including a series of bikini shots at the beach.

The young woman told local media that she resigned from the Brazilian Air Force (FAB) last year and has since been placed on the unpaid reserve list.

She now presents herself on social media as a digital content creator, a physical education teacher and as a sports nutrition specialist in the Brazilian state of Para.

Diniz is just one of several mainstream professionals to have ditched their day jobs to rake in the big bucks from the adult entertainment website.

The Sun reported that Melissa Williams – who previously served in 11 years – was forced to “retire” after her colleagues discovered her OnlyFans account.

Melissa began making content on the site in May 2020 to spice up her sex life with her husband.

“My personal sex life was entirely separate and never affected my ability to do my job,” the ex-cop told Jam Press.

But then Melissa’s colleagues had started signing up to her page to “investigate her conduct” and shared her images to the local force and jail staff.

She says her boss learned of the act and filed a complaint against her.

“I was never in uniform in any of my images. I used a fake persona – most of my fans think I’m a stay-at-home mom. It felt like my bosses were policing my bedroom.”

Melissa said that being a police officer was a dream of hers from the age of 14.

“I loved my job – but how could I go back to work in an environment like that? It was hard being a woman in the force. People have always been jealous of me because I am successful, attractive and confident.”