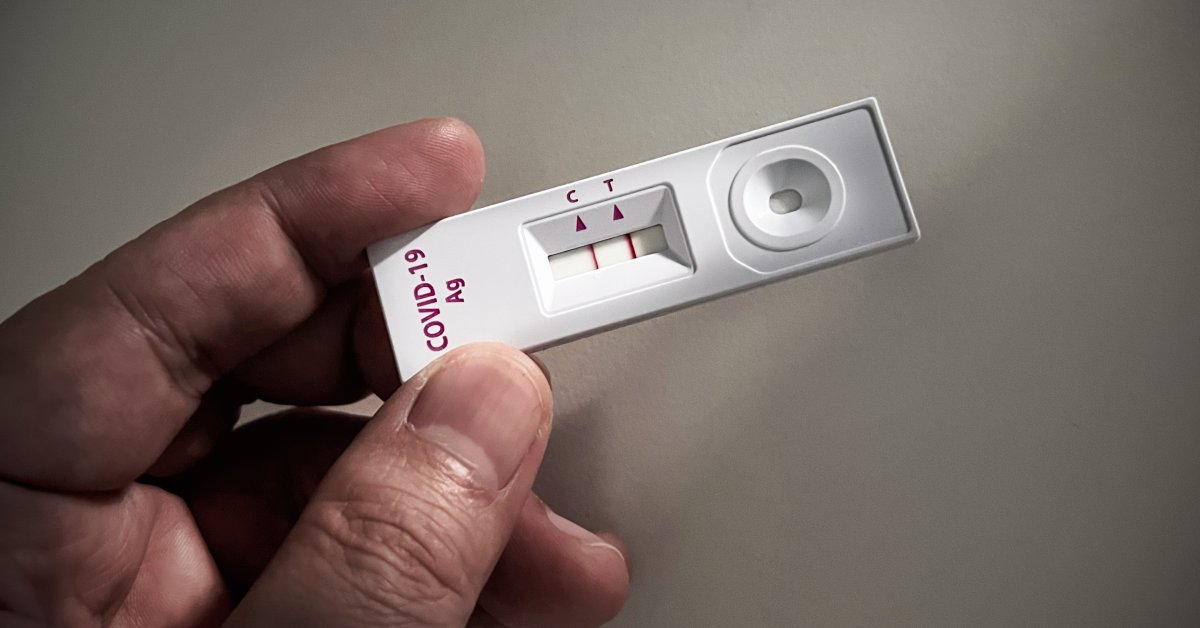 Carlos del Rio does not mess around when it comes to the health of his 87-year-old mother. Even when he doesn’t feel sick, a day before he plans to visit her, the professor of infectious disease at Emory University in Atlanta takes a home COVID-19 test. The next day, he tests again the moment he enters her house from her. “I want to minimize the risk that I’m infected as much as possible before I see her,” del Rio says.

It doesn’t take an infectious disease specialist to know that an 87-year-old is a high-risk person, but dual-testing the way del Rio does is not in any formal protocol for how to interact with a person of such advanced years—it’s just a practice he developed on his own. In that way, the expert is a lot like the rest of us—following a testing rule book that hasn’t really been written.

Earlier in the pandemic, home tests either didn’t exist or, when they were authorized, they were hard to get your hands on as demand soared and supply lagged. Now, there are plenty to be had: the federal government will ship several rapid tests to your home for free, and insurers are required to reimburse covered individuals for 8 tests per month, so people can stock up on them to use as needed. But exactly when are they needed? Should you test yourself before you travel? Despues de? When you’re visiting a home with young, unvaccinated children? Before—or after—you attend a dinner party? At this point, there is no general agreement on when to use them.

What, then, do the professionals do—the scientists who specialize in infectious diseases? To find out, TIME quizzed a few experts to determine how often they break out the tests in their own households—and when they might ask other people to test before visiting or interacting with them.

When they have symptoms

If there is any situation in which a self-test is a must-do, it’s when you or a member of your household are experiencing symptoms consistent with COVID-19. But while taking the test is an important first step, the results might not tell you the whole story, warns Thomas Briese, associate professor of epidemiology at Columbia University’s Mailman School of Public Health. Symptoms can appear before a person’s viral load is high enough for a home test to detect it.

“There is discussion about how sensitive those home tests are in comparison to a laboratory test,” Briese says. “After a negative test, I tend to re-test maybe a day or two later.” As an alternative to a second home test, he says, a PCR test is also an option, and that is Briese’s own preference for it, since PCR tests are more sensitive than home tests and likelier to produce a more accurate result. The downside, of course, is that a PCR test requires a visit to a clinic or testing center and results take longer—usually 24 hours or more.

What’s more, those results aren’t perfect, warns Michael Mina, former assistant professor of epidemiology at Harvard TH Chan School of Public Health and now chief science officer at eMed, a home testing and treatment company. PCR tests, which look for genetic material from the coronavirus, can also produce a false negative if you have a low viral load at the time. If in doubt, isolating for at least five days—as the US Centers for Disease Control and Prevention (CDC) recommends—can help prevent the spread of COVID-19. Mina would even extend that five-day period to eight days, just to play it safe.

“There’s a wide variability in how quickly people clear the virus,” he says. “Some people will clear it for four or five days; some people will take 15 days.”

ReadMore: A New Test Can Help Reveal If You’re Immune to COVID-19

With mask mandates now lifted for air and other means of travel, COVID-19 is potentially easier to transmit on planes, buses, and trains than it was when we all kept our faces covered. Testing before you travel is one way to look out for others and make sure you’re not the viral vector in a confined space.

That may help protect your fellow travelers, of course, but it doesn’t mean that everyone is so careful, and you could wind up being not the person who spreads the disease, but the person who contracts it. For that reason, del Rio brings tests with him when he’s on the road. “When I’m traveling I’ll test myself two or three days after I arrive at my destination,” he says. “Then I’ll do the same after I arrive home.”

Mina, who is the father of a baby girl who is currently unvaccinated, is rigorous about testing the family before traveling—especially if they are visiting other people in their homes. “If we’re going to be in someone’s house, we just don’t want to be the ones who are responsible for bringing COVID in,” he says.

Pre-pandemic, not one thought much about the health implications of a dinner party, but now that’s changed. Del Rio makes it a practice of testing himself before gathering with a large group of people, especially if the get-together is indoors. In the summer months, there are more opportunities to be outside, but SARS-CoV-2 can spread in the open air—although significantly less efficiently than it does indoors.

If you’re the host of a social event, things can be a little more delicate, raising the question of whether or not to ask your guests to test as a sort of admission ticket to your home. Here, del Rio plays it safe. “Let’s suppose we were going to have 10 or 12 people in our house: we would probably do testing,” he says. “I’d make testing available right before they came in.”

Mina agrees. “We allow people to come in and we don’t make a big thing about it,” he says. “We just say keep your mask on and test right before you come in and then just let it sit for 10 minutes. We all feel a lot more comfortable knowing that everyone is negative.”

Visiting the vulnerable—the immunocompromised, the elderly, or unvaccinated babies and small children—is another area in which the experts are in agreement about testing protocols. Mina’s parents are in their 70s and, like del Rio with his 87-year-old mother, he tests before visiting them. Briese tests before visiting anyone with any medical condition, even if he doesn’t know if the person is immunocompromised. And while vaccines are now available for babies as young as 6 months, uptake is likely to be slow, and testing before visiting any baby is a considered precaution.

ReadMore: Dogs Can Sniff Out COVID-19 and Signs of Long COVID, Studies Suggest

When COVID-19 cases are on the rise, it pays to be particularly vigilant. During the last surge, Mina and her family tested on average once a week, even if no one was showing symptoms.

Briese sees children as a special area of ​​concern here, since they spend their days in school around so many other kids and in general have extensive social contacts. Even if there is no known case of COVID-19 in a child’s social circle, the risk of transmission exists—especially during a surge. “It might make some sense to test children on a more regular basis,” he says.

That said, if you have a limited number of tests, you shouldn’t necessarily test immediately after a known or suspected exposure to someone who is infected. “If you’ve just been exposed, don’t even bother testing for two days,” says Mina. “Wait at least that long, but often you have to wait three days—if not four—post-exposure [to get an accurate result] because the virus has to have a chance to become detectable.”

Ultimately, the experts agree, testing is a personal decision, and people have to find their own comfort level and risk tolerance. For everyone though, the goals should remain the same: avoiding both contracting the virus and passing it on to others. Masking and staying up-to-date on vaccinations are key elements in that anti-COVID-19 tool box. Rapid testing should be one, too.

Write to Jeffrey Kluger at jeffrey.kluger@time.com.