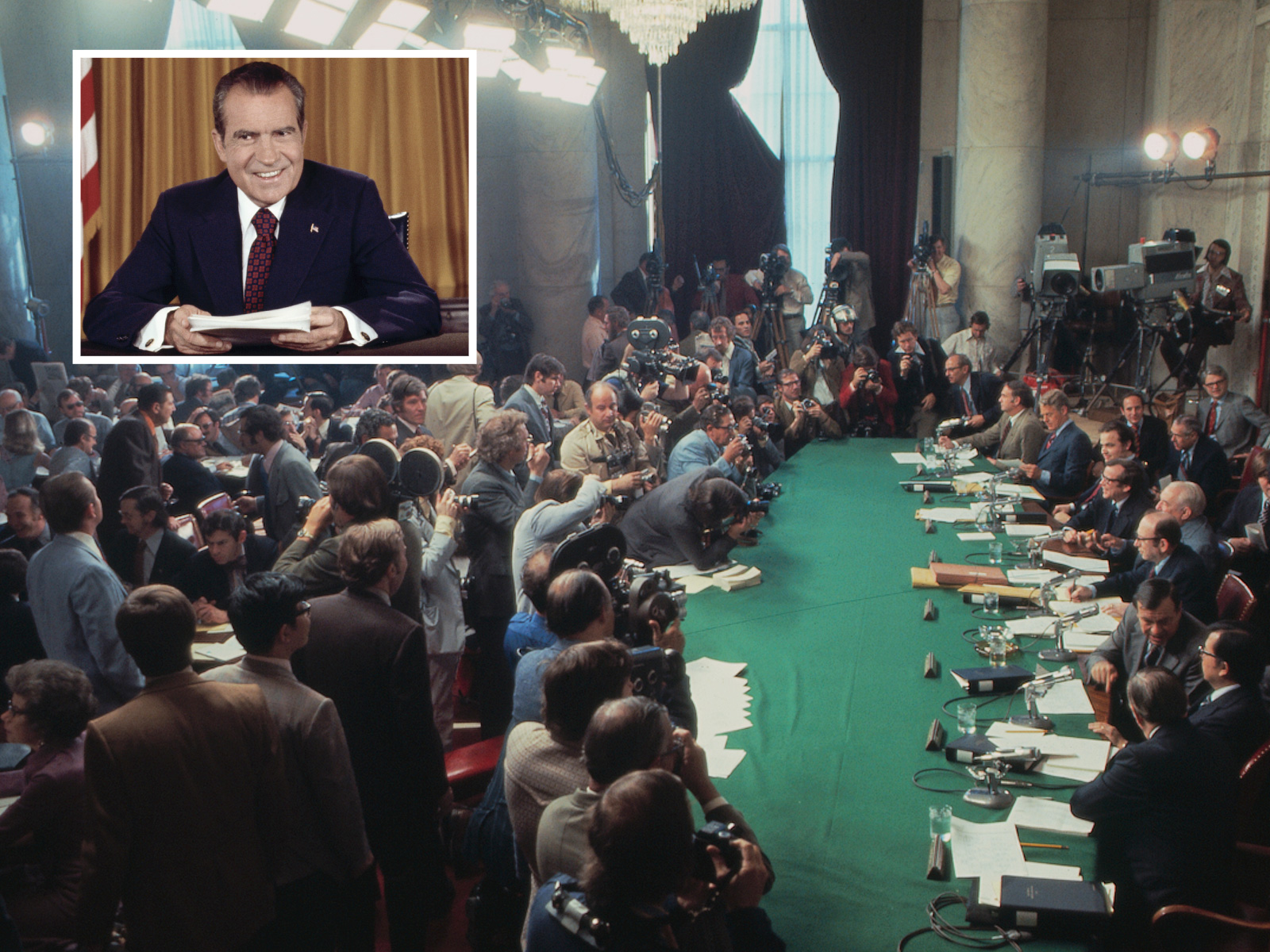 Friday marks the 50th anniversary of the notorious break-in at the offices of the Democratic National Committee (DNC) at the Watergate Office Building in Washington, DC

Sometime after midnight on June 17, 1972, five men were arrested at the Watergate in what would become one of the biggest political scandals in US history, one that eventually led to the resignation of President Richard Nixon.

In February, 1973 the Senate established a bipartisan select committee to investigate the Nixon administration’s connection to the break-in. The committee held public hearings that ultimately culminated in efforts to impeach Nixon and his decision to resign from office.

There are notable similarities between the House of Representatives’ Select Committee investigating the events of January 6, 2021 and the Senate investigation into the events of Watergate. However, there are also stark differences that may be a sign of a changed political environment.

Both committees are investigating a Republican president’s potential involvement in criminal activity.

Here’s how the two committees compare.

The Senate Select Committee on Presidential Campaign Activities was approved by Senators on February 7, 1973 by a vote of 77-0. Democrats controlled the chamber and formed the majority of the committee, though three Republicans were also members. Both parties chose their own members.

Following the Capitol riot on January 6, 2021, the Senate failed to create a bipartisan commission to investigate the event due to Republican opposition.

On June 30, 2021, the House voted to create a select committee by 222-190, with just two Republican members voting in favor and 16 not voting. Initially, House Minority Leader Kevin McCarthy was empowered to appoint five members, while Speaker of the House Nancy Pelosi would appoint eight.

However, Pelosi rejected two of McCarthy’s appointees—Representatives Jim Jordan and Jim Banks—and McCarthy subsequently pulled all his choices for the committee.

Pelosi appointed Republican Representatives Liz Cheney and Adam Kinzinger, though no other Republicans are serving on the committee and none were chosen by the GOP leadership.

House Republicans have strongly criticized the committee and questioned its legitimacy.

The January 6 committee has promised seven televised hearings over the coming weeks. The third of those hearings took place on Thursday and was broadcast on US news channels as well as being made available online through C-SPAN and elsewhere.

By contrast, the Senate Watergate hearings lasted for 51 days and were televised on what were then the three main networks—ABC, CBS and NBC—in so-called “gavel to gavel” coverage. At first, the networks showed the hearings simultaneously and later on a rotating basis.

PBS replayed the Watergate hearings in full at night so that people who could not see them during the day would have an opportunity to view the proceedings.

The Watergate hearings contained some of the most explosive political revelations in US history, tying Nixon directly to the break-in and the attempt to cover it up.

Former White House counsel John Dean implicated Nixon, himself and other officials in crimes during his four-day testimony. He also famously said he had told Nixon that there was a “cancer on the presidency.”

Alexander Butterfield, former presidential appointments secretary, told the committee that Nixon had installed tape recording devices in the Oval Office and in his office in the Executive Office Building – information that was shocking to the public at the time.

The January 6 committee has already revealed previously unknown details about the events of that day and during its first hearing, vice chair Liz Cheney promised more information would be forthcoming.

Cheney said that serving Republican members of Congress had sought pardons from Trump, that Trump had approved of chants calling to “hang” then Vice President Mike Pence and that the former president had attempted to change the leadership of the Department of Justice “corruptly.”

The Senate Watergate hearings, combined with Nixon’s own actions in reaction to them, contributed to the House’s decision to begin impeachment proceedings against Nixon and the House Judiciary Committee recommended articles of impeachment in July 1974.

However, Nixon resigned from office before he could be formally impeached. He was later pardoned by his successor, President Gerald Ford.

It remains to be seen what the ultimate results of the ongoing January 6 hearings will be. They have not yet concluded and the committee may take some time to file a final report.