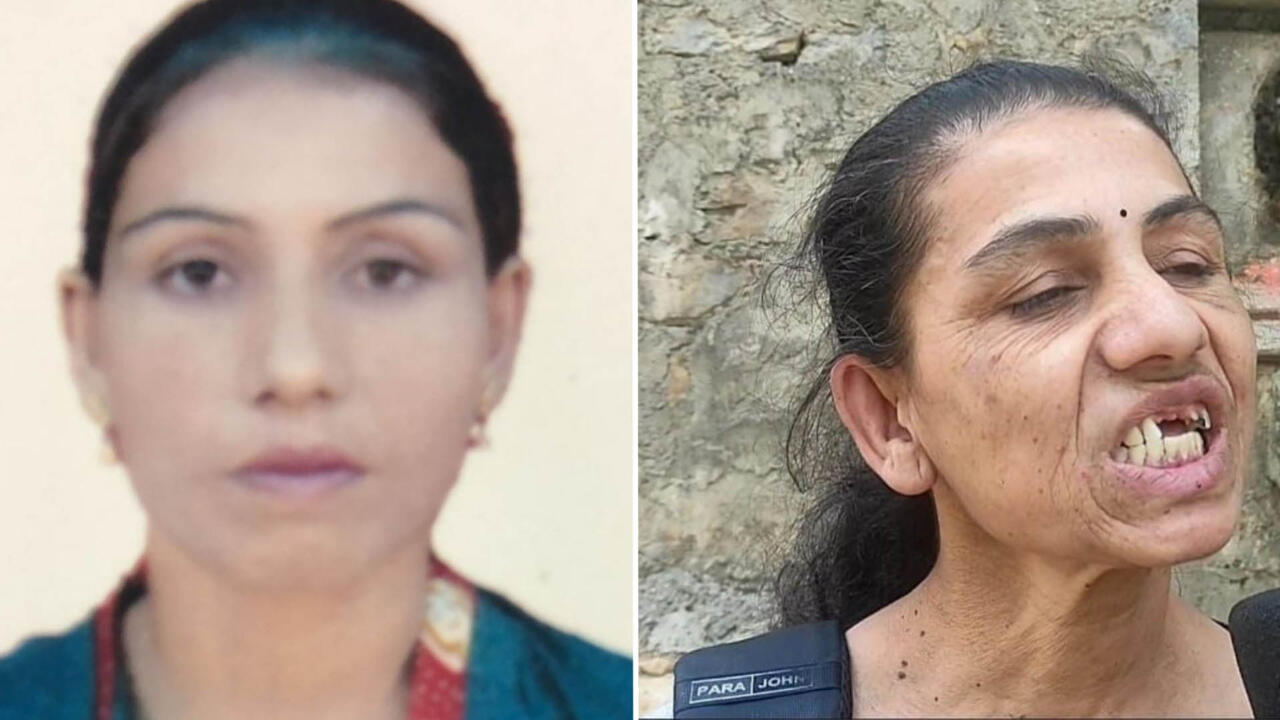 The comparison between a photo taken upon a woman’s arrival in Lebanon in 2007 and her departure in 2022 is shocking. They show Muna Giri, a domestic worker from Nepal, before and after spending 15 years enslaved in the home of her Lebanese employers, where she wasn’t paid and suffered both physical and emotional abuse. A Lebanese NGO is sharing her story of her, calling on the public to mobilize in support of Giri and other foreign domestic workers in Lebanon.

After 15 years of imprisonment in her employer’s home, Giri was finally able to return to Nepal on April 25, 2022 – at the age of 43, meeting her grandchildren for the first time.

1/3 This is Muna Giri b4 and after 15 yrs of slavery for Antoine and Graziella Mouawad in Zgharta, Lebanon. She left behind 4 kids aged 2-11 in 2007. She missed her husband’s funeral, her daughter’s marriage and births of 2 grandkids. She was abused daily. https://t.co/UmkRqhejRM pic.twitter.com/a6NPWALbYL


In early April, Chitra Giri, Muna Giri’s daughter, contacted the organization This is Lebanon, hoping they might be able to help save her mother from her employer’s grip.

The media in Nepal had just published a story about Muna Giri and her imprisonment.

The NGO agreed to open an investigation into Muna Giri’s situation, which revealed the horrible conditions that she lived in and worked in for 15 years.

Giri was based in Zghorta, a town 90 kilometers to the north of Beirut, where she worked for a powerful Maronite family, several of whom had served as government ministers. Giri, who is illiterate, wasn’t allowed to use a telephone or contact anyone outside of the house. She was beaten and deprived of both sleep and food. When the Nepalese Consulate was alerted to her situation, they asked her to meet her employers, who decided they would rather send her back to Nepal.

Even now, she has only received a portion of the money that her former employers owe her. They have sent about $7,000 in total to her family in Nepal (around 6,600 euros). According to This is Lebanon, her Lebanese employers de ella owe her tens of thousands of dollars of unpaid salary.

There are an estimated 250,000 foreign domestic workers in Lebanon, many of them from Bangladesh, Sri Lanka and Nepal. All of them work under the much-criticized kafala system, under which a worker’s right to be in the country depends on their employer sponsoring them. Under this system, an employer can confiscate a worker’s papers, facilitating both financial and physical abuse of workers.

‘Even though I’ve worked here all this time, I am penniless’

Before Giri left Lebanon, This is Lebanon interviewed her by contacting her on her Lebanese employer’s phone.

They recorded the call, during which Giri tells the story of working under a Lebanese couple and being essentially trapped in their home:

My mister has beaten me twice but my madam beats me every single day. She slaps me and pulls my ears. Every day my madam abuses me.

Yes, of course I want to go to Nepal. But how can I? I’ve been here 12, 13 years. Even though I’ve worked here all this time, I am penniless. I have no idea what dollars look like and I haven’t been out since I got here.

Giri’s family sent this video to This is Lebanon after she returned to Nepal. In the video, you can see bruises and burn marks on her face and her body.

I asked to go but my employer told me there was no money to send me home. My daughter must send the money to them.

I have no clothes, no slippers for my feet. They said if I leave, I have to go even without my underpants because they are theirs.

The woman who employed Giri has filed a defamation complaint against the NGO This is Lebanon, at the Tripoli tribunal on April 28.

The FRANCE 24 Observers team contacted Giri’s former employers but didn’t get a response.

‘Sometimes we get redress, but getting an employer convicted is very rare’

Wadih Al Asmar is the president of the Lebanese Center for Human Rights. Like many other Lebanese activists, he is calling for an end to the kafala system:

Often these “sponsoring” families claim that they put part of the worker’s salary away, for their protection. And the people around the family close their eyes to physical abuse.

This pattern plays out over and over again. The worker arrives in Lebanon and they are promised a dream job. Then their fate falls into the hands of their employer and they find themselves trapped.

We try to provide workers in this situation with legal aid. We try to contact the employers or the Bureau of Labor if we are unable to speak with the domestic worker. Then we file a complaint with social services and try to get a lawyer for the plaintiff. Often when the employer is put under pressure, he or she will agree to improve working conditions for the worker or will accept an end to the contract.

The NGO sometimes manages to obtain compensation, but getting an employer convicted remains very rare.

In 2011, the International Labor Organization (ILO) and the signatory countries adopted Convention n°189 overseeing the activities of foreign domestic workers. Zineh Mezhar of the ILO’s Regional Office for Arab States says that Lebanon needs to sign this convention and dismantle the kafala system:

In Lebanon, domestic work isn’t controlled by law. We are talking about basic rights like social security and the right to unionize or legal maximum working hours or the guarantee of a salary. Lebanon has not signed the 2011 convention. Legal change is necessary to guarantee workers the right to quit if they want, to choose their employers and to keep their identity documents.

There are no laws that judges can cite in these cases. We’ve pointed out the discrepancies between the kafala system and ministerial decrees, which limit the number of working hours per week and provide for time off.

There are also many cases where employers will wrongly accuse the domestic worker of theft. In these cases, the workers are often sentenced in absentia [Editor’s note: Between 2013 and 2017, domestic workers were tried in absentia in 91% of cases, according to the ILO] either because they were repatriated or sometimes because they were simply not informed at all of the legal proceedings.

There is also work to be done in terms of raising awareness. Many people see domestic work as a job for women, mostly foreigners, who are lower class. That means they are disadvantaged at three levels: facing misogyny, xenophobia and class contempt.

This migration is a direct result of the high demand for foreign workers in Lebanon. So it is the government’s responsibility to protect them from their arrival to their departure.