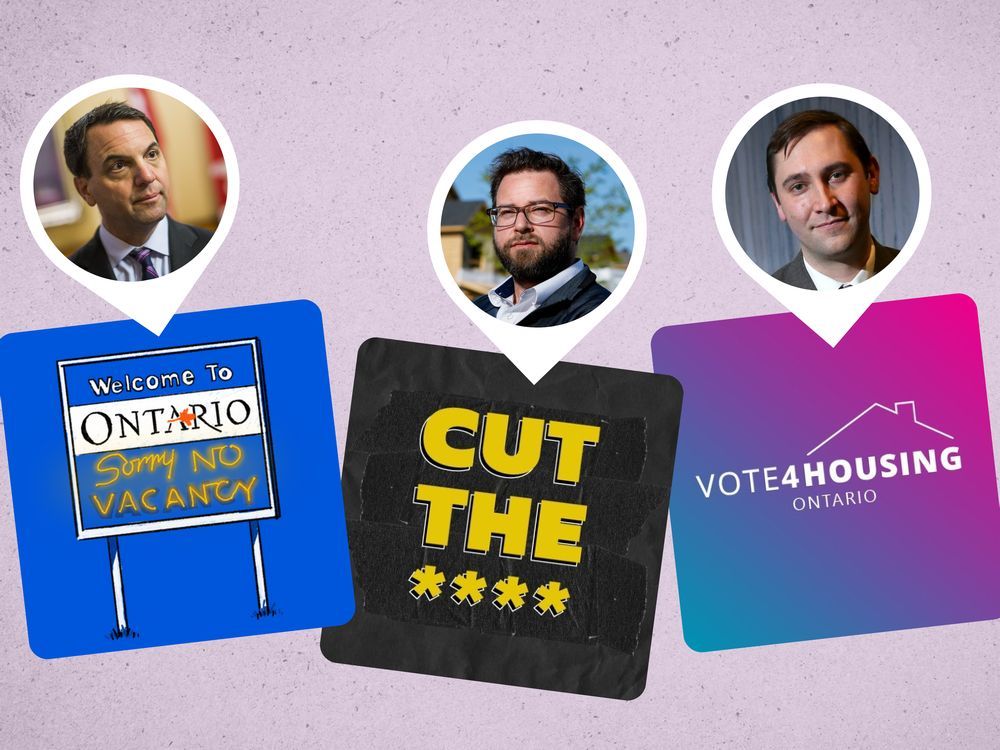 Over the next few weeks, Ontarians may see someone they follow on Instagram, posting their pledge to “Vote4Housing.” They might hear from their realtor about how the land transfer tax rebate for first-time buyers should be doubled. Candidates running in the provincial election could receive emails from voters in their riding, asking them to explain what they’re going to do to increase housing supply.

This is third-party campaigning in 2022, and Ontario has a handful of registered groups in the lead-up to this provincial election working hard to try to shape policy and public opinion on housing. It’s a top-of-mind concern for many Ontarians, and an emotional one as well. Going door to door, candidates will encounter voters whose home ownership hopes have been torpedoed, or who live with the fear of losing their apartment to renovation or the rising cost of everything.

The responses they offer those potential constituents — or the demands the voters make of the politicians who show up at their door — are what the groups representing Ontario realtors, home builders, and affordable housing providers are hoping to influence. So much so that they’ve registered as third parties: entities engaged in political advertising that are not political parties, candidates, or riding association, and who must respect spending limits and reporting requirements.

For the Ontario Home Builders’ Association (OHBA), half the battle has already been won with the appearance in every major party platform of the pledge to build 1.5 million homes over the next 10 years. It’s a number that was recommended in February by the housing affordability task force struck by the PC government.

Now, the goal is to double down on people’s familiarity with that number and why it’s important, explained Jason Burggraaf, including through conversations with local candidates in the coming weeks.

The executive director of the Greater Ottawa Home Builders’ Association, Burggraaf is part of the team behind OHBA’s third-party election campaign.

“We want people to not just repeat it because it’s a policy platform, but to truly embrace it,” said Burggraaf, of the pledge to build 1.5 million homes.

He pointed out that not every candidate will go on to win and be in a position to craft provincial policy, but all will go back into their communities, jobs, and often, positions of influence at the local level, like their area community associations.

To get across their message that “housing in Ontario is expensive because there’s not enough of it,” and building more is where the focus needs to be, OHBA has crafted a simple slogan for its campaign in the lead-up to the election: Cut the—.

Being bold was the intent behind it, according to Burggraaf. From house-hunting Ontarians, to developers contending with barriers to building their projects, “Everyone is just really frustrated. So it’s… cut the time, cut the wait, cut the cost, you know, cut the… fill in the blank,” said Burggraaf. “Let’s focus on building housing.”

The Meta ad library, which includes Facebook and Instagram, shows OHBA’s election advertising rollout over the past few months. One ad, featuring a chart laying out home price appreciation in various GTA cities between January 2020 and January 2022, generated between 100,000 and 125,000 impressions in Ontario for an ad spend of about $900, with the largest chunk of viewership (36 per cent) coming from men aged 45 to 54.

This and other eye-catching graphics and videos direct viewers back to a website created for the campaign, where Ontarians can quickly send a pre-written message to their local candidates, requesting they lay out their planned actions to increase housing supply.

The Ontario Real Estate Association (OREA), an industry group representing more than 90,000 realtors, has already served up its own suggestions for “Saving the Canadian Dream of Home Ownership in Ontario,” as their eight-point “platform” is branded.

The proposals include use of the Planning Act to end “exclusionary” single-family zoning in highest-demand urban neighborhoods, a voluntary home energy audit program and green home retrofit incentives, and reforms to the Ontario Land Tribunal to reduce the current backlog and the number of cases appealed to it in the future.

CEO Tim Hudak said the association met with all the political parties well before the campaign to put their ideas on the table. “And now we’re asking Ontario residents who care about housing issues to tell their candidates of all parties they want to see action on these ideas.”

He sees a receptive audience in members of the millennial generation who are struggling to enter the housing market, as well as parents watching their children in that struggle, homeowners with growing children looking to secure a larger house, and empty nesters who’d like to be able to downsize and sell their home to a family.

OREA was thrilled to see that all of the political parties have included some of their ideas in their respective platforms, said Hudak. Closer to Election Day, they’ll be releasing a platform analysis “to indicate what we think are good ideas to help more people become homeowners and what may stand in the way. And then let voters decide,” he said.

The association is using social media to promote its “A Home For Everyone” platform, will be hosting candidate debates across the province, and has been keeping its members briefed on the policies OREA is pushing for.

“Our realtors are excellent people-people. They are constantly at events in the community. They all have their own database of clients that they interact with. So they’ll … individually be getting the word out on our ideas,” said Hudak.

With so much attention going towards the Canadian homeownership dream being on life support (as OREA puts it), one might think it would discourage those trying to get action on housing affordability solutions for lower-income Ontarians who rely on rentals and non-market housing .

But Tim Ross, executive director of the Co-operative Housing Federation of Canada, said he sees a new opportunity for dialogue.

“There’s greater empathy now than there has been in quite some time, because even more and more people are feeling housing insecure,” he said.

His organization has teamed up with the Ontario Non-Profit Housing Association to launch Vote4Housing, a new third-party campaign pushing for candidates and party leaders to “build, protect and support deeply affordable housing,” and working to recruit voters who can ratchet up the pressure on them to do so.

One tactic is a template, on the campaign’s website, that allows supporters to personalize messages to local candidates about why they feel “deeply affordable housing is critical this election.” They can also download Instagram shareables, and a print-out pledge they can sign, proclaiming their intention to “Vote4Housing.”

The campaign, which registered as a third party advertiser on April 27, has presented an action plan for the provincial government that includes the creation of a strategy to end chronic homelessness, partnering with non-profits and co-ops to create permanently affordable housing on surplus government land, and an acquisition program to preserve affordable rentals in the private market.

While they’ve already seen some positive elements in each of the major parties’ platforms when it comes to affordable housing, Ross said, their hope at Vote4Housing is that party leaders and candidates will sign on to the proposals their campaign has released.

“Politics is a fairly imperfect sport… and there’s always room for improvement. So even if the parties have put out their platforms and they are broad in language, there is still room to show support for more specific solutions.”