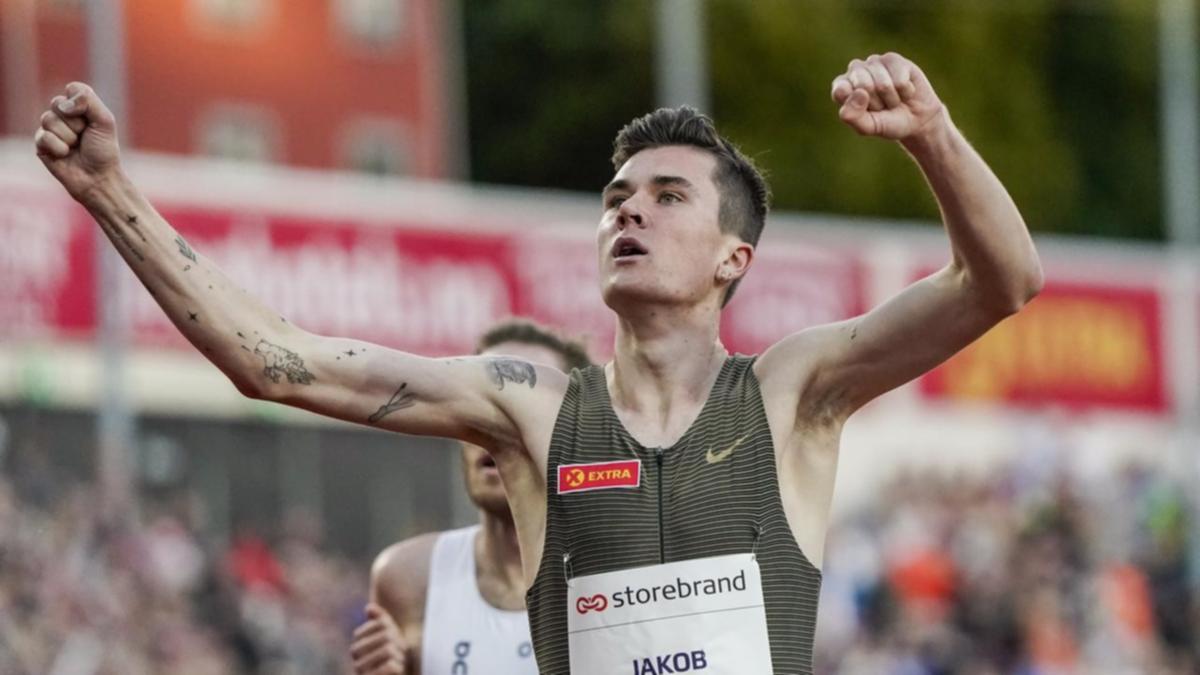 The 25-year-old Hoare, who’s moving relentlessly into world class, was the only runner to live with Norway’s home idol Ingebrigtsen before the Olympic champion powered away down the home straight to earn victory on Thursday in one of the great races on the international calendar.

But while Ingebrigtsen just missed out on breaking Steve Cram’s 37-year-old European mile record at the Diamond League meeting with his 3min 46.46sec run, runner-up Hoare was able to celebrate smashing Stewart McSweyn’s Oceanian mark with his 3:47.48 run.

He may have ended some 10 meters adrift but it had been a sterling effort from the Sydneysider Hoare, who never let the dazzling 21-year-old Norwegian out of his sight in the paced race.

Even by halfway, it was down to just three – the top two and Britain’s Jake Wightman – and, by the bell, it had become a two-horse race with Hoare doing everything possible to live with Ingebrigtsen on the final circuit which the Norwegian covered in 57 seconds.

On a damp evening in the famous old Bislett Stadium, the most brilliant sibling in the first family of global athletics was targeting Briton Cram’s venerable mark.

The quality of Cram’s race that night in 1985, though, became obvious as Ingebrigtsen strode away but still couldn’t quite match the mark of 3:46.32 set at the same stadium.

But McSweyn’s 3:48.37 – also set at Bislett last July – was obliterated by a huge 0.89sec margin as Hoare ran a time which puts him 13th on the milers’ all-time list, one place behind the great Seb Coe.

The time obliterated Hoare’s previous personal best of 3:50.65 set at the Bowerman Mile at Eugene last month when he again had to give best to Ingebrigtsen.

The pair also look set to clash at the same US venue at the world championships a month from now, where Hoare appears in shape to battle for a medal.