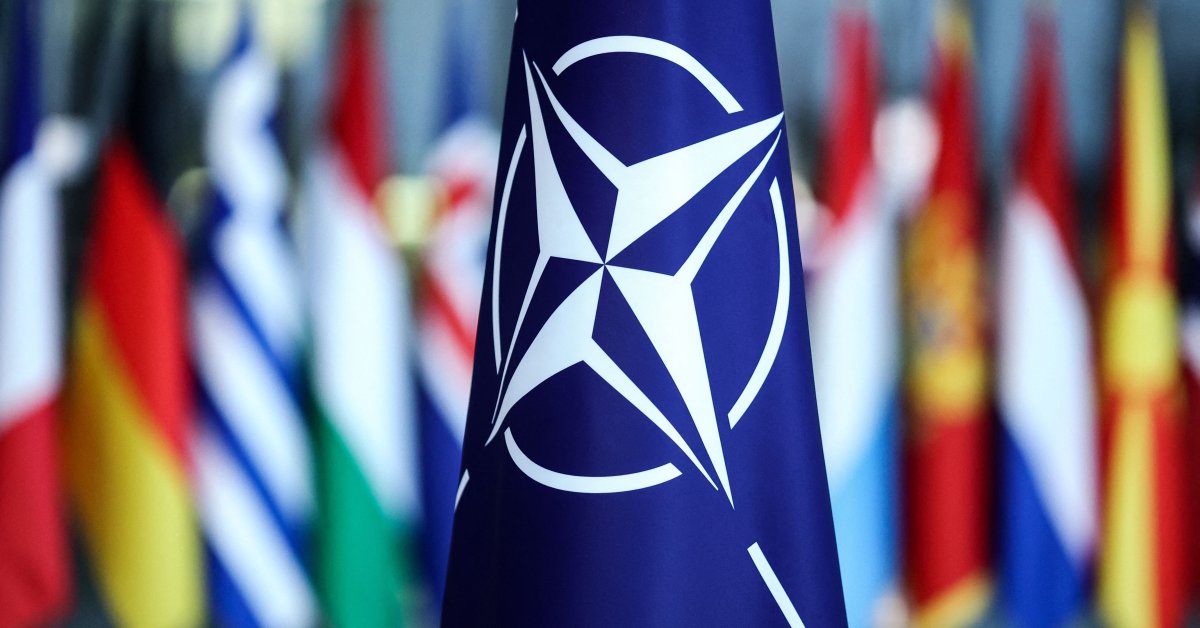 As the military conflict in Ukraine bogs down on a slice of the embattled nation’s eastern and southern periphery, the geopolitical shift sparked by Russia’s Feb. 24 invasion keeps gaining new ground. This week, it emerged that the leaders of Japan and South Korea will attend a NATO summit, as observers, for the first time. It’s another sign of Western-style democracies teaming up to meet the bellicose challenge of Moscow and the growing global assertiveness of Beijing.

Japanese Prime Minister Fumio Kishida announced on Wednesday that he would attend the June 28-30 gathering of the 30-strong military alliance in Madrid. The attendance of South Korean President Yoon Suk-yeol was confirmed earlier by his presidential office. Both leaders have legitimate reasons to consider their nations threatened by Russian aggression. Japan has a sea border and is locked in territorial disputes with Russia. The Kremlin’s historic backing of North Korea is meanwhile a perennial security concern for Seoul.

Commenting on his historic visit, Kishida told reporters that he intended to highlight common security concerns in Europe and Asia. “As the only Asian country in the G7, Japan’s diplomatic capabilities are being tested,” he said.

ReadMore: Biden’s Moves on NATO Come Amid Fears Russia Will Expand Its War Past Ukraine

The news is a geopolitical blow to Russian President Vladmir Putin. Already, formerly neutral European nations Finland and Sweden have applied to join the bloc, while Denmark recently voted to align with the EU on defense matters. The presence of Kishida and Yoon in Madrid is also an unwelcome development for Beijing, which has refused to condemn Moscow for the war, arguing, as many Western thinkers have, that Russia was provoked by NATO’s eastward expansion.

Mieko Nakabayashi, a professor at Tokyo’s Waseda University and a former Japanese lawmaker, says that Kishida’s attendance at the meeting is a “turning point” for Japan, which still officially has a pacifist constitution. “Japanese people realize the world is changing and Japan is pretty vulnerable,” she says. “The Ukraine war was so incomprehensible for many Japanese people that it served as a wake-up call. The decline of American hegemony has convinced Japanese people that just being with the US is not safe enough.”

As a result, Asia’s delicate security architecture may now be in the process of change. At the Shangri-la Dialogue security summit in Singapore on June 11, US Secretary of Defense Lloyd J. Austin III insisted “we do not seek a new Cold War, an Asian NATO, or a region split into hostile blocs.”

Critics say that’s exactly what NATO risks by expanding its remit beyond a European security mission.

Asia Gets Serious About Defense

Over the last few weeks, Kishida has hosted a summit of the Quad security dialogue—alongside the US, Australia and India—and given the keynote speech at the Shangri-La Dialogue, warning “I myself have a strong sense of urgency that Ukraine today may be East Asia tomorrow.”

Had this outreach been made by Japan’s hawkish former Prime Minister Shinzo Abe, Nakabayashi says there probably would have been more domestic pushback. However, Kishida is perceived as being more dovish than Abe and his rhetoric on defense has more credibility. Already, Japan has promised to increase defense spending to 2% of GDP in line with NATO targets, with Abe saying the nation would be a “laughing stock” if it didn’t.

To be clear, South Korea has had extremely robust relations with Moscow, driven chiefly by economics and the confluence of South Korea’s New Northern Policy and Russia’s Turn to the East. Seoul didn’t impose its own sanctions against Moscow in response to the 2014 annexation of Crimea. But a tilt towards NATO risks upsetting that mutually beneficial stop. South Korea’s spy agency has already joined NATO’s cyber defense unit.

“If South Korea is going to burn those bridges with Moscow, I’m concerned that the situation could escalate in the Korean peninsula with Russia playing a more robust role to support Pyongyang,” says Lyle Goldstein, director for Asia engagement at the Washington DC -based Defense Priorities think tank and a visiting professor at Brown University. “No doubt, Pyongyang is one of the big winners in the whole Ukraine war.”

The perception in Beijing is that Tokyo and Seoul’s participation in Madrid is directed at China. “NATO is headed by the United States,” says Zhou Bo, a retired PLA senior colonel and senior fellow at the Center for International Security and Strategy at Tsinghua University. “Therefore, if the United States concludes that China is a more serious threat than Russia, then of course it will just make use of NATO.”

China has previously enjoyed friendly relations with NATO, frequently partnering with the bloc on joint exercises like anti-piracy missions in the Gulf of Aden. In addition, NATO delegations have attended the influential Xiangshan Forum in Beijing and engaged in many official exchanges.

Yet NATO’s attitude to China is turning more hostile. Zhou, who during his PLA career was for a period in charge of relations with NATO, says that the bloc used to describe China as an “opportunity,” but under US direction has tellingly shifted to using the term “challenge.”

“The irony is the US actually poses a problem for NATO member states, because most of them are European countries still friendly with China,” says Zhou. “These are just countries wearing too many hats in different capacities.”

While Goldstein says there are positives to Japan and South Korea taking their own defense more seriously, he cautions that coalescing a bloc of Asian allies with China on the outside risks recreating the same alienating circumstances for China that Russia felt preceding the Ukraine war.

“One of the problems with European security is that it increasingly became purely about trying to deter Russia, which became convinced that it was on the outside and had nothing to lose in using force,” says Goldstein.

“The nightmare scenario in East Asia is that China decides they have nothing to gain from actively participating in this [security] architecture so they basically have to destroy the architecture.”

Write to Charlie Campbell at charlie.campbell@time.com.